Th flowers are blooming, the birds are chirping, and people are hauling their crap out to the driveway hoping to make a buck or two. Yard sale season has arrived!

On Saturday, some small neighborhoods near me were having their community sales. One was an older neighborhood, which I usually do well at, but it was a bust this time. The next neighborhood sale was the kind where everyone brings their stuff to the community center parking lot, and I did much better there. We don’t have flea markets around here, but this kind of yard sale is pretty much the same thing without the professional vendors you might find at a typical flea market. These sales can be hit or miss, but they’re a great way to see a lot of different items in one place. Personally, I prefer home sales because you never know what the seller might have in the attic that they didn’t think to bother to bring out.

So what did I find on this year’s yard sale opening day? Here you go… 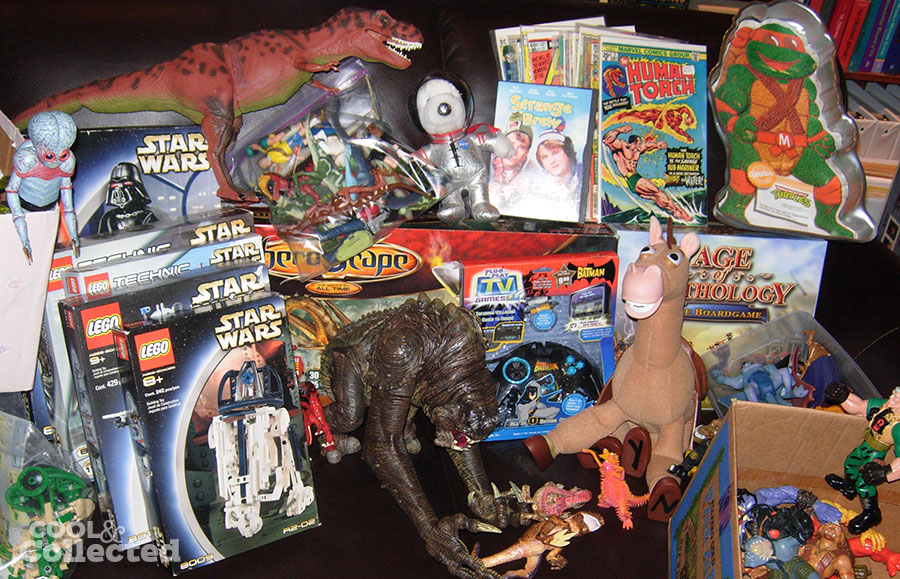 Not a bad day’s work.

You have to be early to find Lego kits these days, and I was stoked to get a box of old Star Wars Technic

sets. My kids and I will build these to see if they’re complete and then sell them. I paid $20 for the lot, and can probably get that much for just one of the kits — and my kids get to play with them too, so this was a great score!

In past years, I bought the same Rancor pit monster and Heroscape game, and both of those items are easy to sell. The Age of Mythology game has about 10,000 pieces, so it should sell well too. The funny thing about big ugly monster toys at yard sales is that the moms are usually happy to give them away for peanuts — this Rancor set me back $2.

are highly collectible, especially when they feature a pop culture character. The 1989 TMNT pan I got was just $2. I sent my wife in to buy this pan, and she had to politely listen to the seller recount her story about how difficult it was for her to make the cake and get the right color icing, but her sacrifice was totally worthwhile. 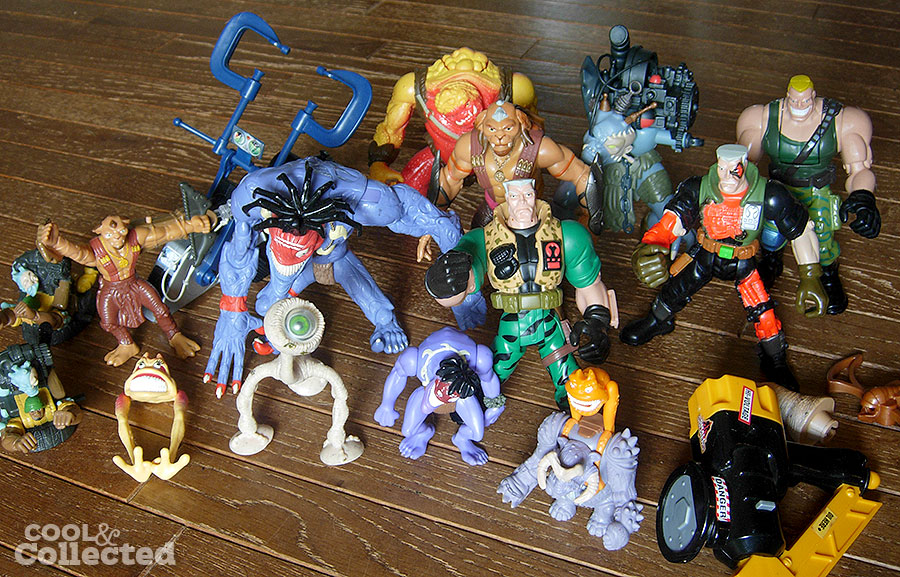 Small Soldiers and Gargoyles figures! This seller obviously had kids that are probably off at college. I got all of these for $5, and then this happened… 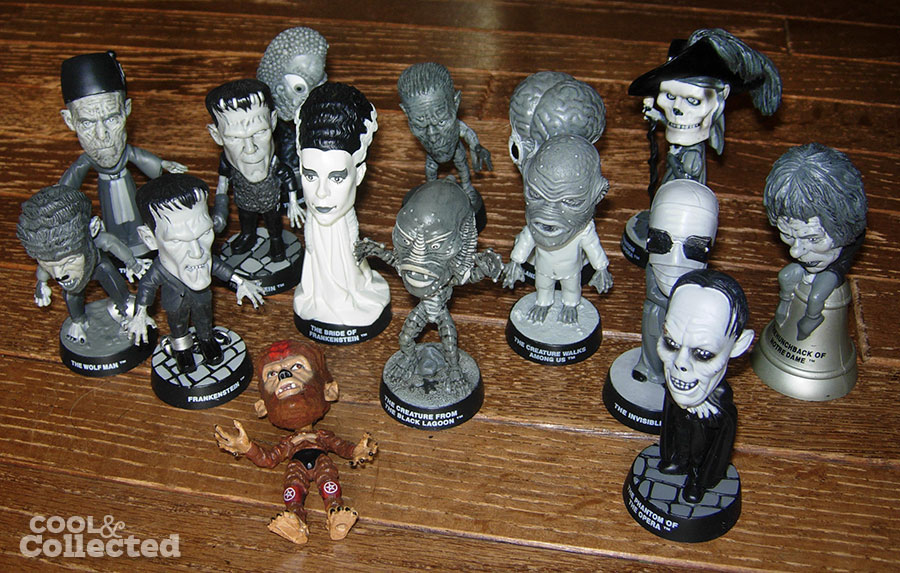 This large collection of monster figures, mostly from Sideshow Toys, was added for free. Yep. Another case of a mom wanting to just get rid of creepy things. After I bought the action figures and some other toys, the seller brought these monster figures out and said she had been too embarrassed to even put these things out on her yard. Ha! I guess she didn’t want the neighbors to think badly of her kids. Unfortunately, the Freddy is missing a few claws and the Creature is missing a hand, but otherwise, these are all in great shape. Anyone able to identify the large Frankenstein figure in cloth clothes for me?

At the large parking lot sale, a guy had a small box full of comics. I always glance at comics but usually they’re newer ones that I don’t know anything about. I stopped collecting comics in 1990, so when I looked in the box and recognized most of the covers as comics I used to own, I figured I had better take a closer look. It’s amazing to me that these weren’t already gone, because I didn’t find them until late in the morning, in a crowd of hundreds of people. I got the lot for $20, which “I think” was a good deal, since I knew the first Frank Miller Daredevil, and the Avengers Annual with the first appearance of Rogue were some good books. 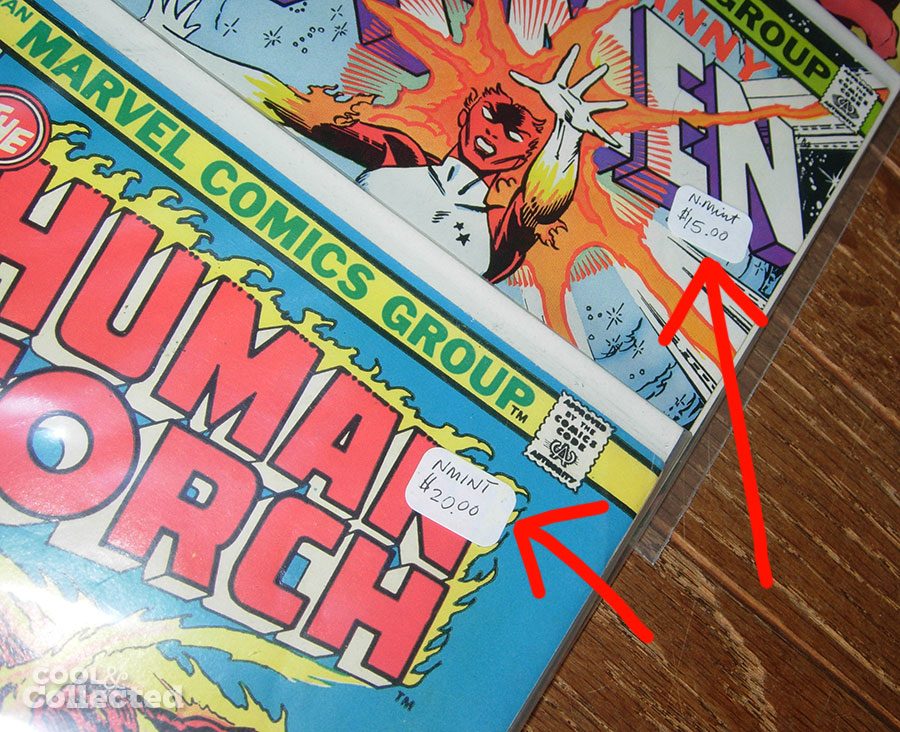 PRO TIP: When you see price tags on items at a yard sale, that can be a good indicator of an item’s value (hint, hint). At some point in time, someone paid $15 and $20 for these two comics. There’s a good chance their value is even greater now (or not).  Just sayin’.

This little guy is probably my favorite fin of the day. My son bought this for me — he obviously knows what I like. Everything else shown above is for sale so if you see something you want, make me an offer, but this guy is definitely NOT for sale.

(If you wanted to know about that JP T-Rex, that will be a story for another day.)