The official start of yard sale season finally began this weekend. My neighborhood hosted their community-wide sale, so i didn’t have to go far to find some fun things for the collection. Look at all the great stuff I found within a 2-mile radius of my house…

Halo encyclopedia, Batman Roleplaying guide, and two of the Hunger Games books for a a total of $4, and a small collection of Star Wars Galactic Heroes for another buck. That Heroscape game looks pretty awesome, but it must be complicated because the lady wouldn’t let me leave without taking it, lowering her original $5 asking price to $1. Sold. Some miscellaneous Batman diecast vehicles and the Hudson Hornet from Cars were some fun finds, but I really love that Night at the Museum McDonalds toy. It looks like a Planet of the Apes toy to me. 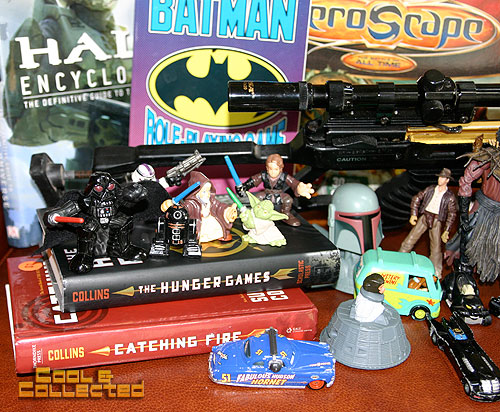 There was a ton of Cars toys at the sales, including these two unopened cars. I snatched them up for a buck along with this creepy book of Horrors for another dollar. 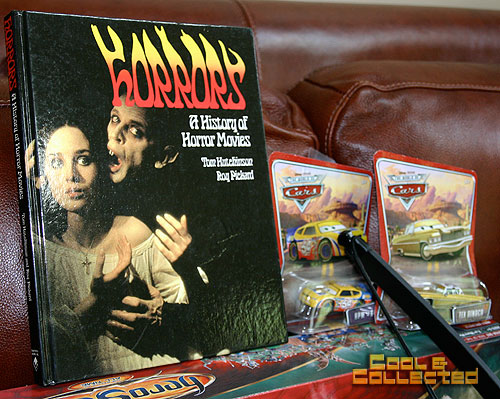 I picked up some more happy meal toys and a large Dinoco helicopter from Cars ($1) and two Transformers that were in the free bin just because they were too difficult for their kid to transform. Score! I picked up two sets of Star Wars Chess along with a Jedi Unleashed game for a total of $4. 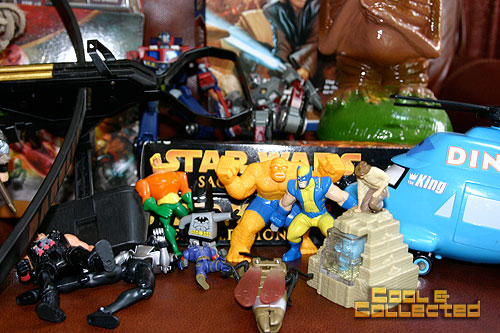 After a few hours, we had found a bunch of fun things but not the “BIG” one yet, and I was kind of bummed since time was running out. I have always had VERY good luck at yard sales, but I almost got skunked on this outing until I saw this…

I snatched up this E.T. bank in a fit of glee, doing a little jig inside my head. It’s a large, plaster bank with almost no chips or scratches. It has glass eyes that just melt your heart (or burn through you, however you choose to see them).  I gladly paid the $2 and nonchalantly walked to the car before the seller had second thoughts about letting his treasure slip through her hands. 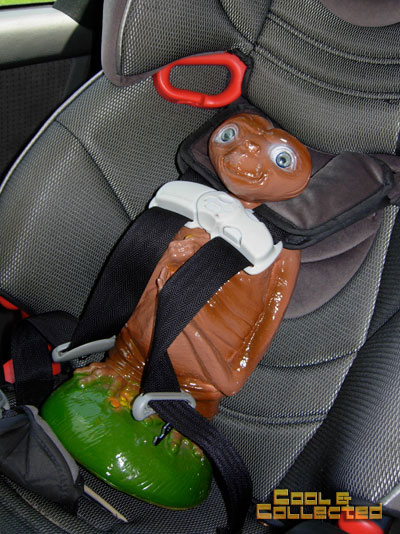 When we got to the car, I turned to my wife and said excitedly, “I can’t believe that was still there!”

Me: “It’s amazing. It’s in great condition. Why would no one else have bought that?”

Wife: “It’s creepy.” Did you see its eyes? You’re going to sell that on eBay, right?”

You see what I have to deal with? I carefully strapped the bank into the kid’s booster seat (don’t ask me where my kid was), and kept one eye on it in the rear view mirror the whole way home.

It was a successful day, not stellar, but plenty of fun. I spent just $15 on all of the items shown above, but there was one more item that made me blow my budget… 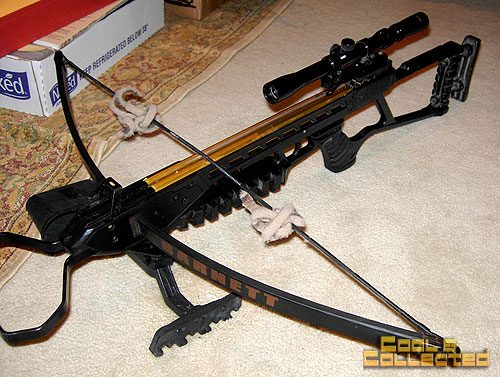 Yep. That’s right. I got a zombie survival kit. And if any of you have any ideas about stealing away my precious E.T. bank, remember that this bad boy is now sitting under my bed.