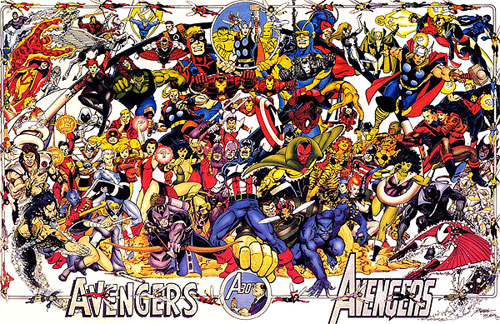 The Avengers stormed into theaters and gave fans the crossover we always wanted, with heroes from several film franchises coming together in one action-packed movie. A while back, Shawn Robare of Branded in the 80’s suggested we do a League assignment along those same lines.

What pop culture heroes or stories would make for the ultimate crossover–think along the lines of Han Solo meeting up with Firefly’s Mal on a smuggling run.