Movie posters are probably the hottest market for James Bond items, but the suave spy’s toys aren’t too shabby either. There’s no doubt that James Bond toys are awesome, especially if they are from the Sean Connery era, and those vintage items don’t come cheap. I’ve managed to cobble together a small James Bond collection, and am always on the lookout for more! 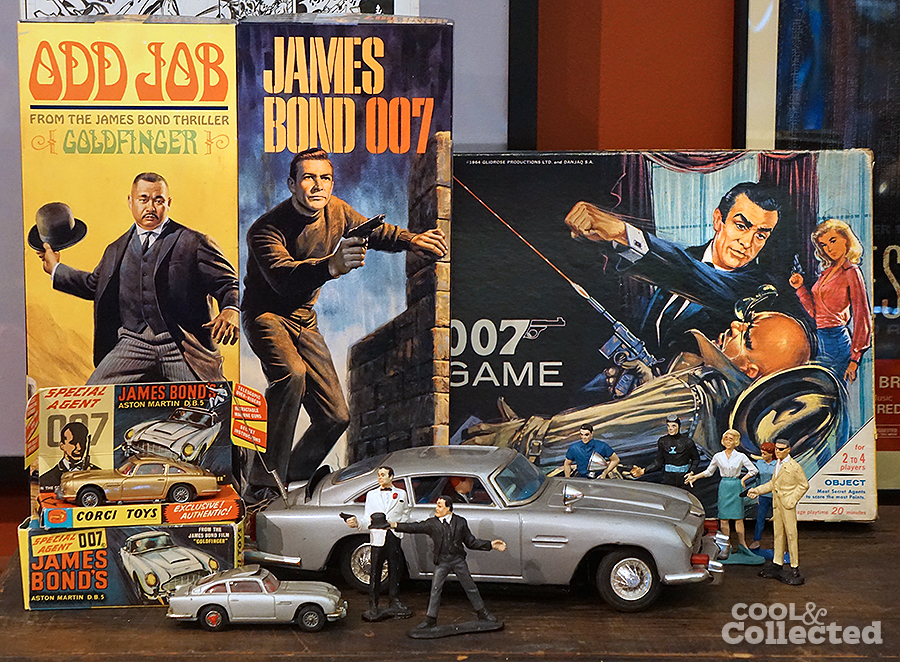 The Aston Martin DB-5 is the quintessential Bond vehicle, appearing in 1964’s Goldfinger, and it also appeared in GoldenEye, Tomorrow Never Dies, Casino Royale, Skyfall, and the most recent film, Spectre. Corgi’s die cast Aston Martin is a hot commodity with collectors, but if you’re on a  budget, Hornby released a 50th anniversary tribute version earlier this year. 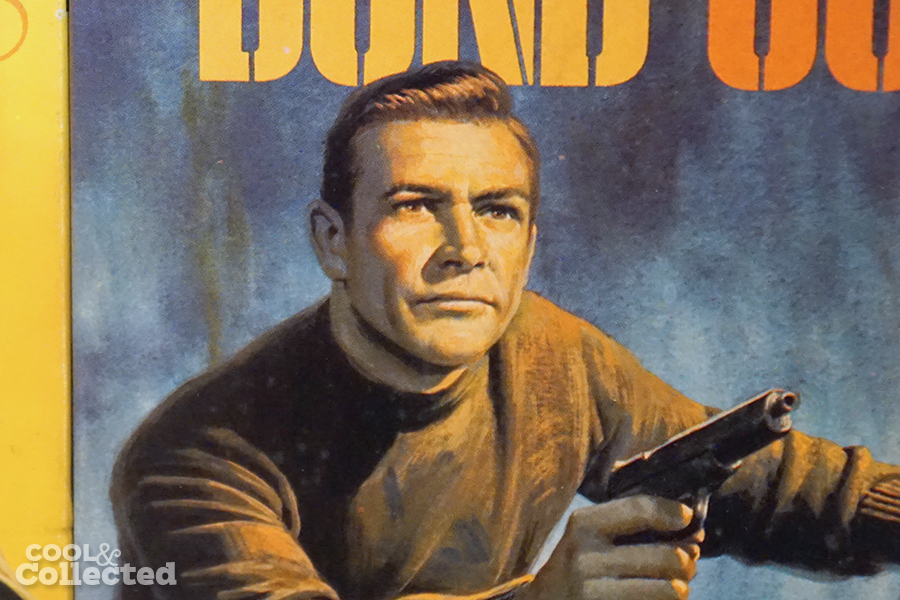 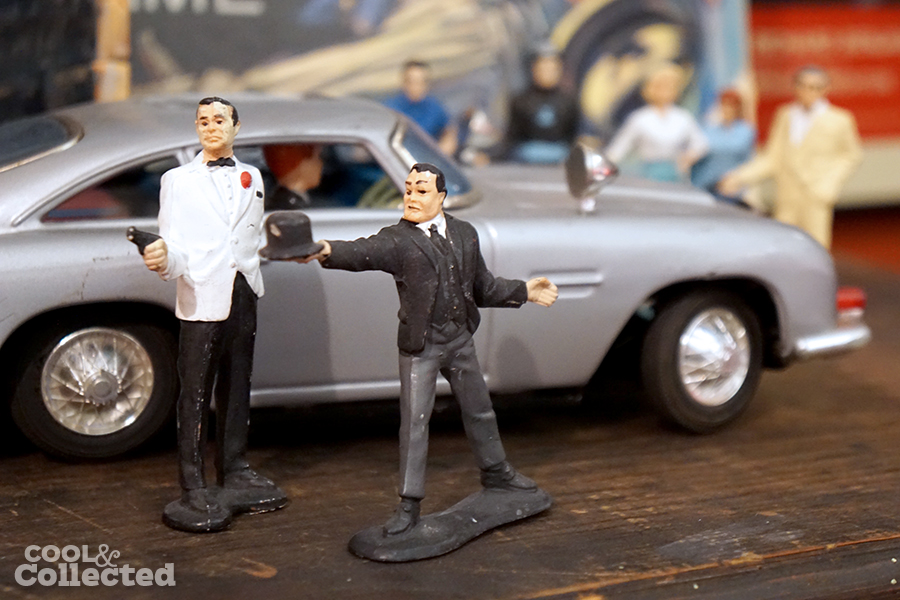 …while the plastic Gilbert figures are not quite as successful (but their ugliness makes them all that much better!).

There is a huge number of James Bond collectors out there, and the bidding wars can be thrilling and intense — much like driving a hovercraft through a minefield. A few years back, I visited my friend Todd to see his amazing James Bond collection –now, THAT is an awesome collection!

I’m playing catch-up with the Blogging from A-to-Z Challenge, so check back later today for another “King-sized” article!