The other day I teased you with some pictures of Todd Sheffer’s incredible collection. Now prepare yourself to be truly amazed.

Knowing that I was a Bond fan, Todd had set out a few choice James Bond items on his dining room table. Here is the site that greeted me… 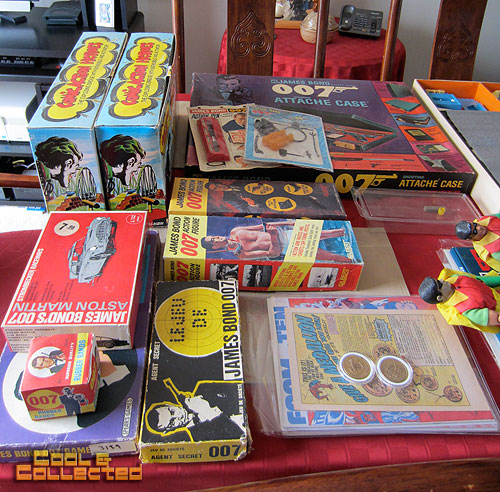 I was in awe. We had just visited the huge York Toy Extravaganza and its 800 tables of toys, but nothing at the show compared to what was displayed on this table. Vintage Gilbert figures in their box and a complete 007 Attaché Case were just a few of the highlights. 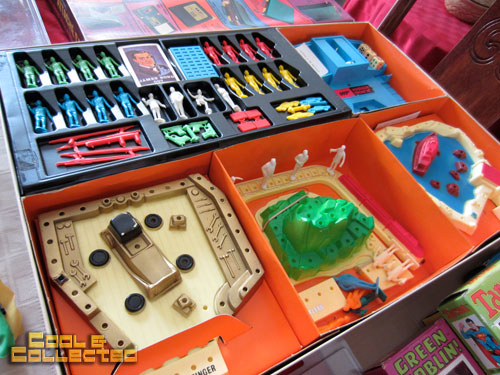 Here are the contents of the Message from M game. Todd was able to assemble a complete set by purchasing a couple of games. Check out those harpoon guns! 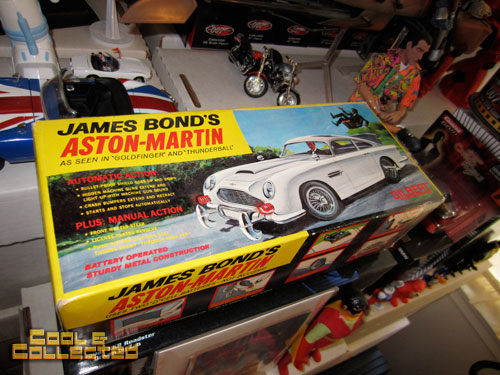 This standee makes me feel funny. Should I be ashamed to admit how much I love this? Since 007 isn’t wearing any pants, this was probably set up on a counter in a European movie theater, since I doubt American theaters would have put these on display! 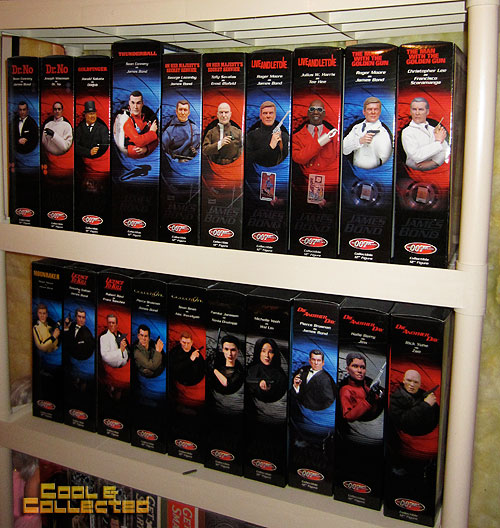 Not only does Todd collect vintage James Bond items, but he also has a few Sideshow Exclusives (just a few!).

A good deal of Todd’s collecting passion is devoted to Mego figures from the 70’s. I’m fairly uneducated in regards to Mego, so I was happy to take the tour and learn about what figures are rare and the kinds of variants to look for in case I ever come across them in the wild. 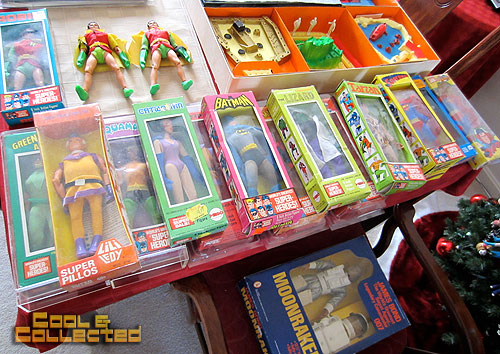 I may not be a Mego collector, but seeing these figures in their boxes could very well tip me over the edge. 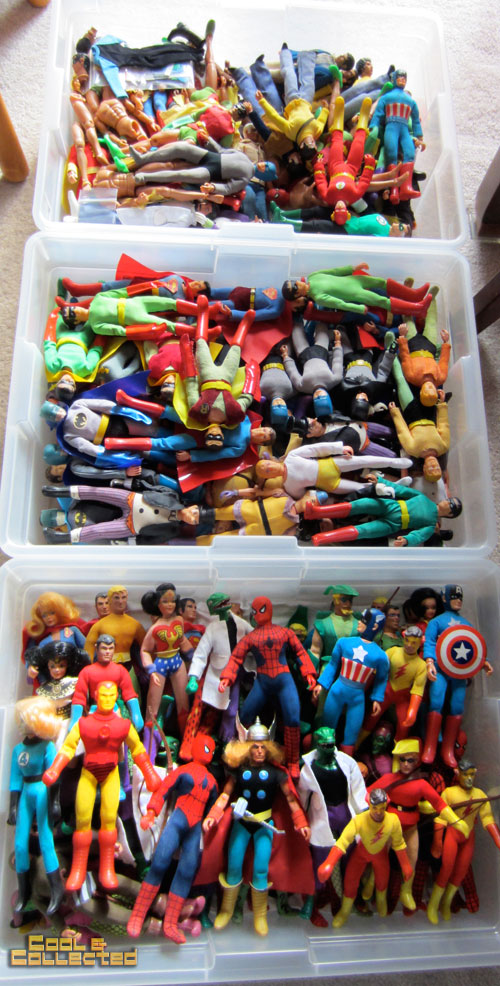 Todd has a few Mego figures. He collects only figures in great collection, and these bins are evidence of that! 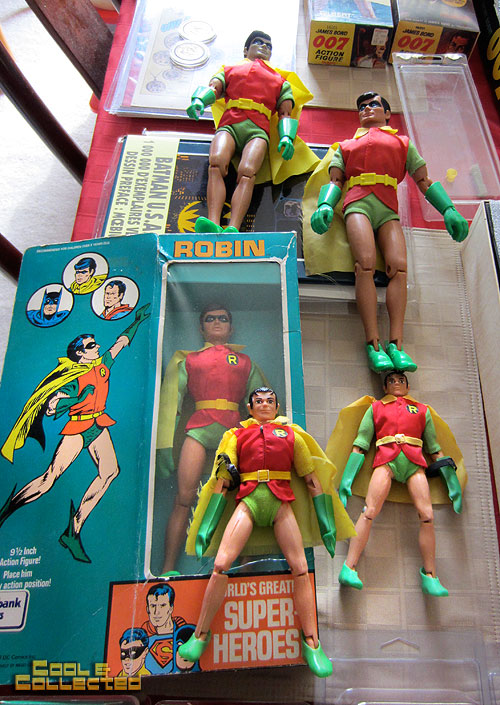 Mego released a variety of different sizes and costumes with their figures. A Robin figure with a removable mask is a figure you should pounce on if you ever find one. A carded Robin

recently sold on eBay for $2,425.00, and a boxed version can go for many times that amount! 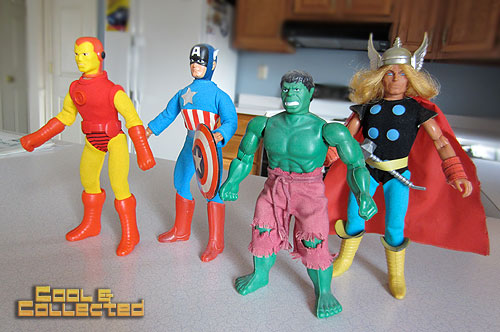 I want to extend a huge thanks to Todd for letting me come over and play with his toys. I’m proud to say I didn’t break any of them and I’m sure those drool stains will wipe right off!