The D.C. Big Flea Market made another visit to town last weekend, and I had a pretty good day of hunting. Surprisingly, most of the items I found were at booths that had no reason to even have toys — most of their stock was antique furniture, handbags, glassware — you get the idea. When I see toys in non-toy booths, two things can happen — usually the seller has no idea what he has and prices the toy super high, OR he has no idea what he has and prices it super low. Let’s just say the flea market gods were smiling on me this weekend. 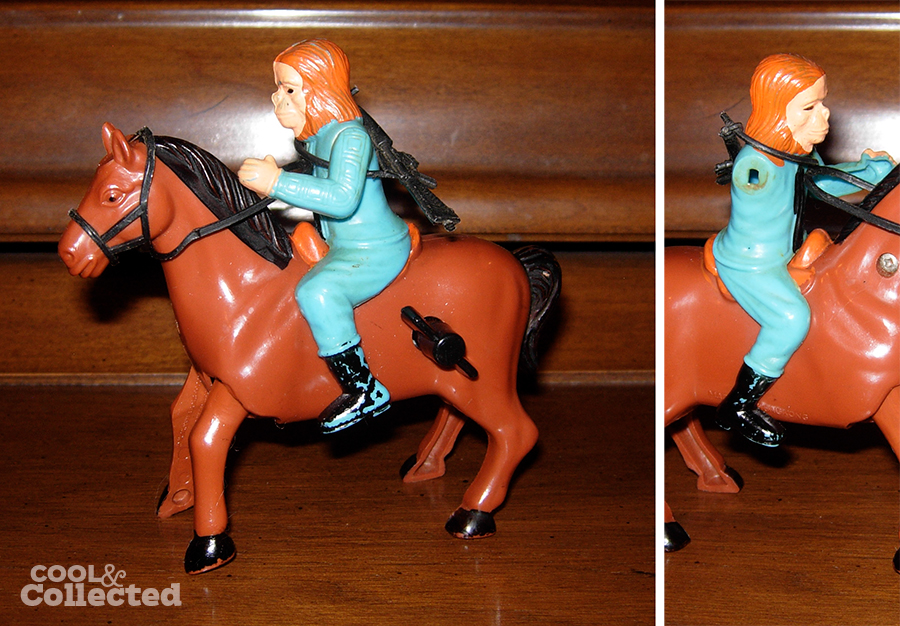 in a basket of Happy meal-like toys. The good doctor is missing his right arm, which opened the door wide for a steep discount. I’m sure that someday, I will find another beat up figure and will be able to cannibalize it for a right arm. The fact that this horse still winds up and gallops around is a much better selling feature than an arm, in my opinion, plus the bridle and rifle strap are still intact, which is a minor miracle. 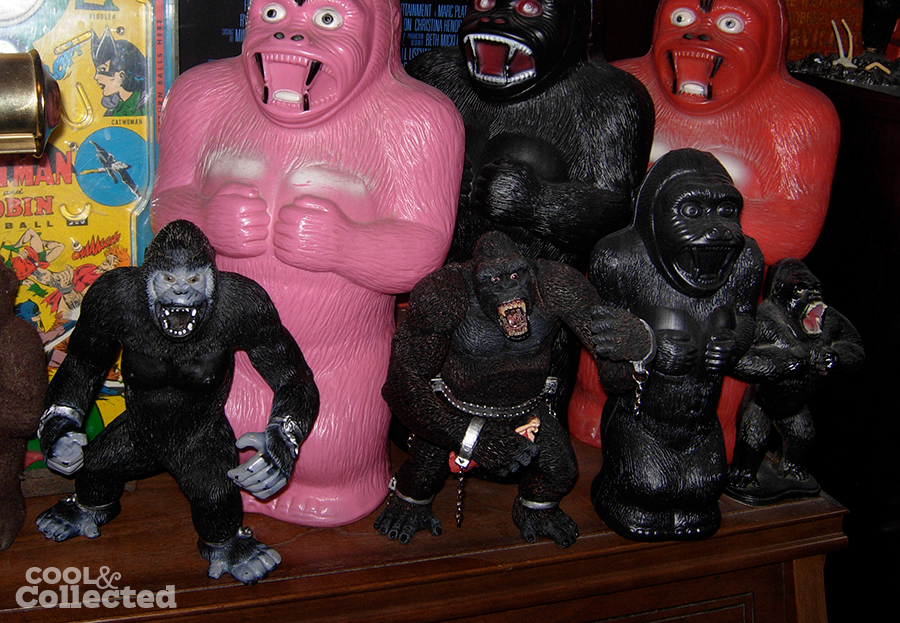 Speaking of great apes, I found this soft vinyl King Kong figure (far left) to add to the collection. It’s a recent toy from 2005, simply marked as “GORILLA” but come one, why would a gorilla have manacles with busted chains around his wrists? That’s King Kong! And I’m thrilled to have found it.

Now this was a pretty great find. A Munsters lunch box

from 1965. These things are crazy expensive, but the weird thing is that I saw two of these at the show. One vendor had a scratched and banged up box for $475 — pretty steep for the condition, but then I found this box in a furniture seller’s booth, along with a few other old lunch boxes. I was looking at it, checking the condition, not really thinking I would be able to afford it, when the seller came up and told me it would be $75 — half of the price he had on the sticker! I hemmed and hawed a bit (you have to try!) and he dropped his price even further. Sold! it has a fair amount of wear around the edges, but the image areas are pretty clean. Now I need to sell my Knight Rider lunch box in order to free up space on the lunch box shelf! Any takers??? 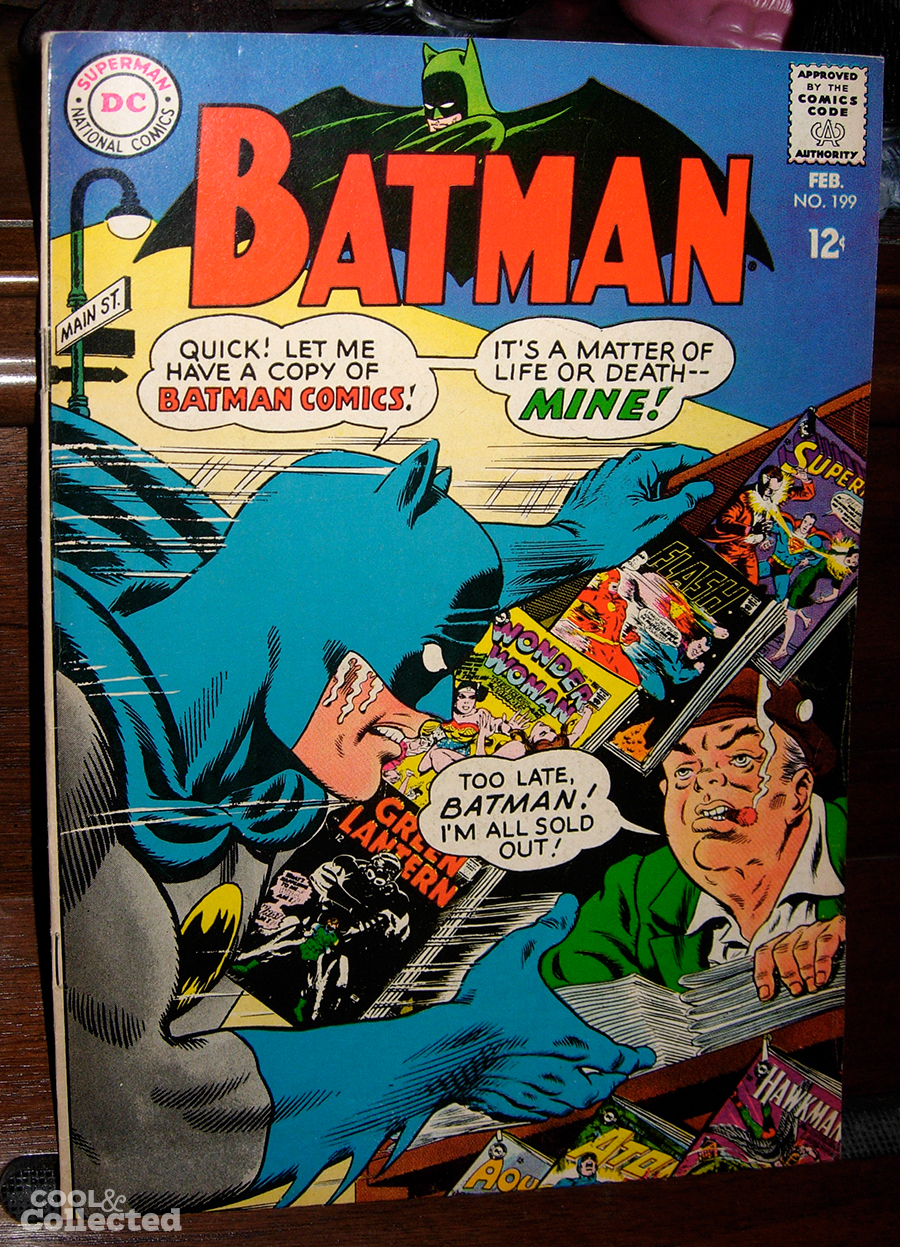 You don’t go to the Big Flea for comic books, but every now and then you might find one. I picked up this issue of Batman #199

only because I have always loved the cover. It’s such a silly storyline, which is what I love about those old issues. Batman sort of breaks the fourth wall, and this issue will look great hanging on the wall.

Okay, now here’s something I would never expect to find in a booth that wasn’t dedicated to collectible toys. This tin Batmobile

made by Aoshin in 1972 kind of blew my mind when I saw it. The camera’s flash makes it look more scratched and dinged than it really is. Sure, it’s missing a few plastic parts, but overall, this thing is great. When I got it home, I opened the battery compartment, fearing the worst, and saw that it looked brand new. I popped in a couple of D-batteries, flipped the switch, and this thing tore off across the floor, spinning around wildly. I love it! I have a vague memory of having one of these as a kid but I might be mistaken. Regardless, this 40-something kid is happy to have one now!