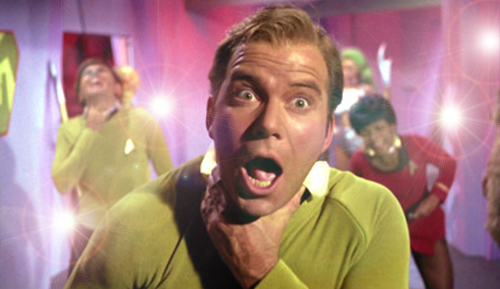 The new J.J. Abrams Star Trek movie is out in theaters today and I can’t help but raise an eyebrow in amusement at the mixed bag of reviews that is streaming across my Twitter feed. Some folks seem to love the movie, while others think it’s a travesty. My experience and feelings for the Star Trek franchise have been publicly stated here on the site–it’s safe to say that I’m no Trekkie–but I did enjoy the first Abrams movie.

It seems like the “true” Star Trek fans can’t bring themselves to enjoy the new movies because Abrams has abandoned many of the Star Trek norms. The movies just aren’t “Star Trekkie” enough. Not being a Trek fan, I guess I just don’t know what’s missing. I plan to see “Into Darkness,” maybe even in the theater, and I imagine I’ll enjoy it the same as I did the first–a big budget movie with spaceships and explosions, what’s not to like?

People get so attached to their early experiences, that sometimes they can’t handle someone stepping in and moving around the furniture (or blowing it up). Next up for Abrams, is the Star Wars franchise, and I might just have to turn of the internet when that hits the fans.

This post was written in response to the weekly blog challenge from the League of Extraordinary Bloggers. Other folks are talking about Star Trek too, such as Doubledumbassonyou, Geek Life Balance, Dorkette, and Monster Cafe.