The newest Hake’s auction is in full swing and is packed with amazing pop culture items that would be the focal point of any collection. Here are a few of my favorite items from the catalog…

It seems like there is always a vintage comic book rack in the Hake’s auctions, but this one made in 1941 has to be the best one ever! Imagine this rack filled with vintage 1940’s comics that match the tin signs. I can’t think of another rack I would rather stare at every day (insert your own joke here). 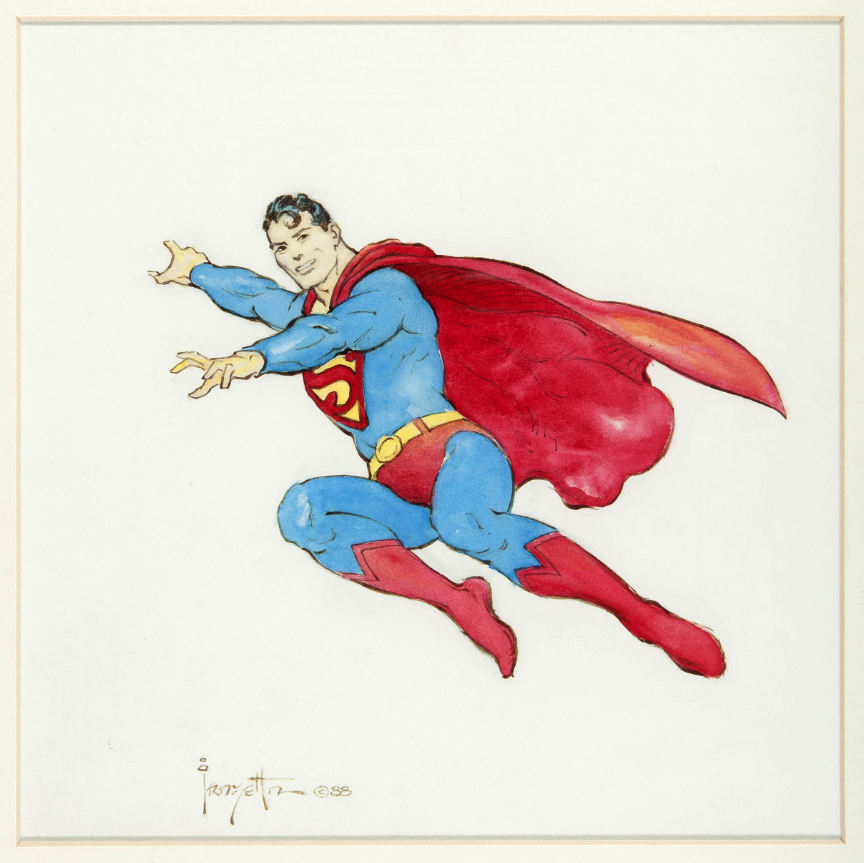 This small watercolor is the only picture of Superman that famed illustrator, Frank Frazetta ever painted. The image has an excellent pedigree: “In 1988, In Honor Of Superman’s 50th Anniversary, Renowned Artist And Illustrator Frank Frazetta Was Commissioned To Do His Interpretation Of Superman. When He Accepted The Commission, Frazetta Said That His Version Of ‘The Man Of Steel’ Would Be Based On The Style Of Superman’s Original Creators, Jerry Siegel And Joe Shuster. This Was The Only Time In His Illustrious Career That Frazetta Drew And Painted Superman. Kevin Eastman’s Museum, Words & Pictures, Acquired The Frazetta Superman And Displayed It Prominently. It Was Regarded As One Of The Museum’s Primary Acquisitions. When The Museum Closed, Its Contents Were Purchased By The Alexander Gallery, Who Then Sold The Coveted Piece To A Noted Collector.” How great is that! 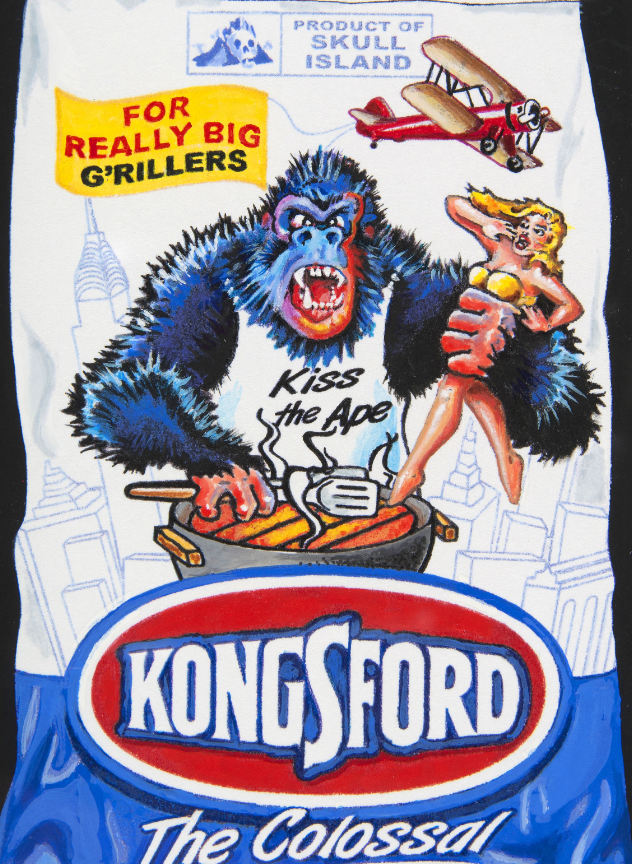 Speaking of great art, check out this awesome little painting by Joe McWilliams for the 2005 Wacky Packages stickers’ third series. You know my love for King Kong, and I would love to add this to my collection. 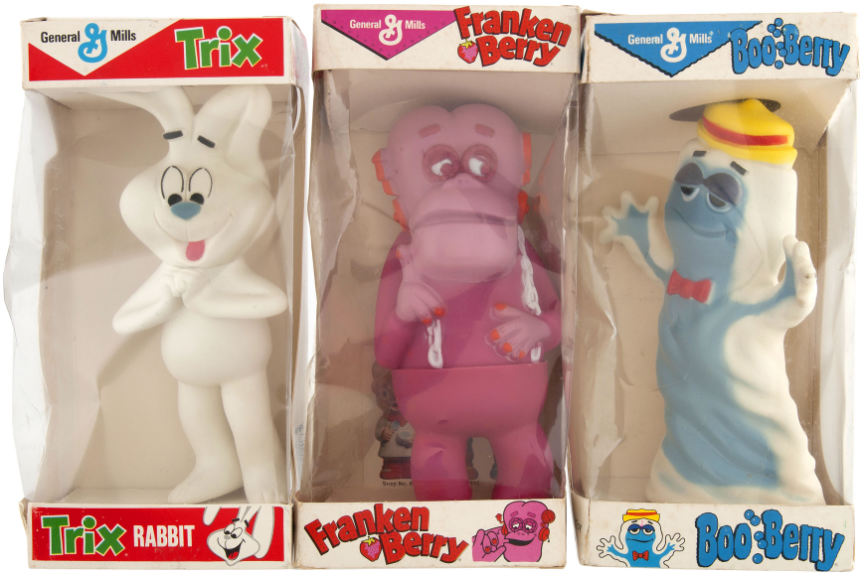 I was fortunate to own a set of General Mills monster cereal vinyl figures at one point, but I have never seen them in their original boxes. In addition to the three pictured above, this auction listing also includes Fruit Brute and Count Chocula without their boxes. 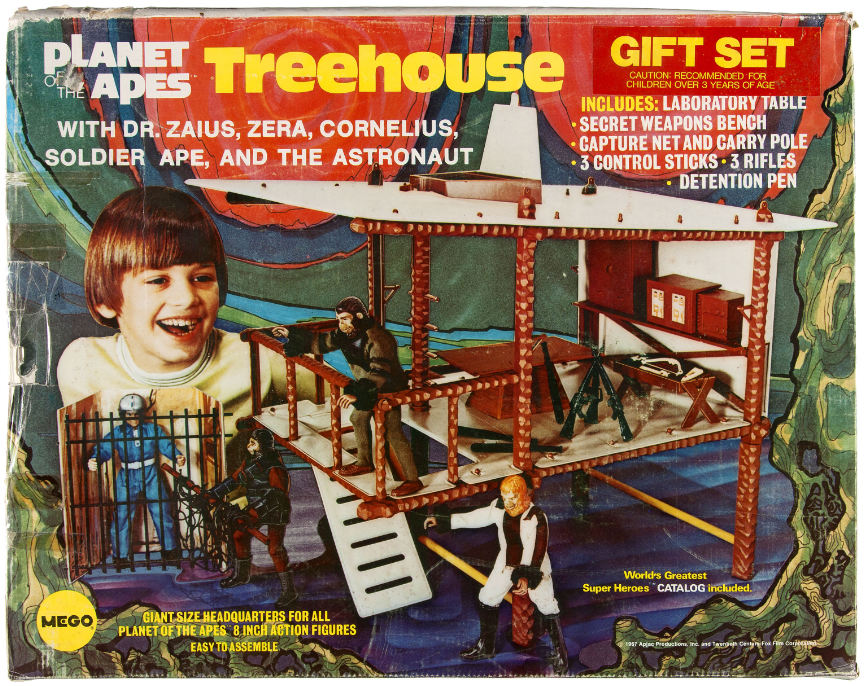 There are plenty of incredible Mego toys in this auction. I may not be the biggest Mego collector, but I would definitely love to have this Planet of the Apes Treehouse play set. It’s probably common knowledge among Mego collectors, but I was surprised to see that “Zera” is misspelled on the box, while it’s spelled correctly, “Zira,” on the packaging for her character. As a graphic designer, errors like these keep me up at night. 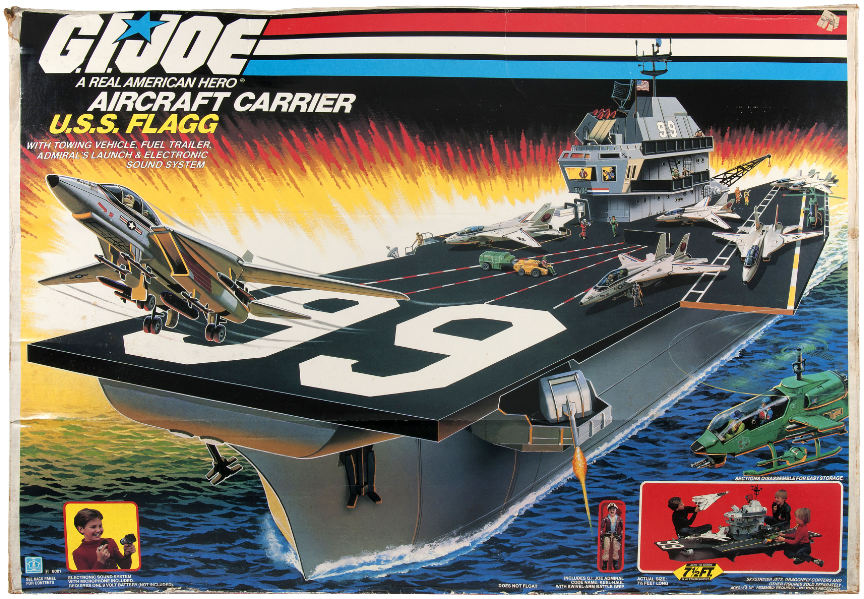 If that Planet of the Apes treehouse wasn’t big enough for you, how about this one — the G.I. Joe U.S.S. Flagg aircraft carrier. If you have never seen one of these in real life, I can attest to the fact that it is massive — the assembled aircraft carrier is 7 1/2 feet long! Those Skystriker jets are pretty big, and you can put a full squadron of them on the Flagg’s deck. 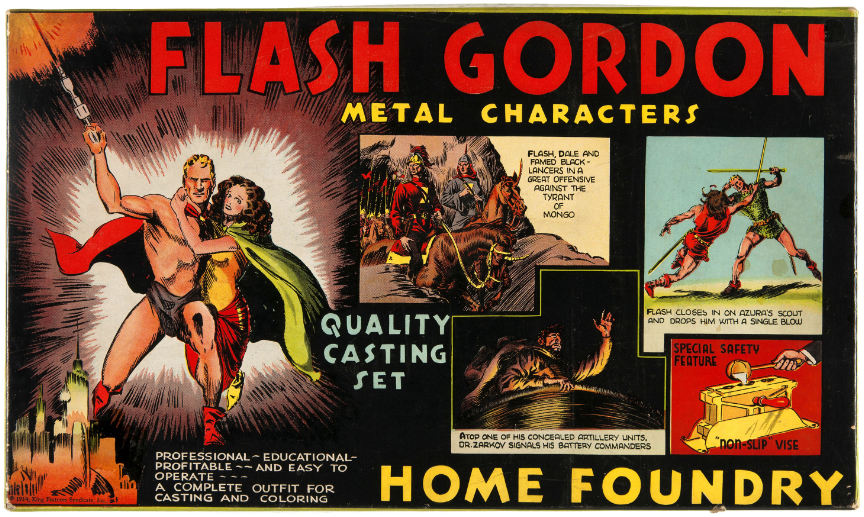 Remember when kids could melt lead in their own homes to make toys? Simpler times. I wonder how many kids were sent to the hospital or burnt their homes down due to this Flash Gordon Home Foundry Casting Set, but man, look at those awesome graphics!

Before I die, I will own one of these. The art on the box for this 1934 Marx Buck Rogers Rocket Ship is, in my opinion, the greatest box art ever made, and the toy inside is equally awesome.

Every Hake’s auction has Batman items that would be the cornerstone for any serious collection, and the big holy grail item this time has to be this 1966 Ideal play set. With a starting bid of $5,000.00, this is just a teensy little bit beyond my budget, but a guy can dream.

Bidding is now open on these items and thousands more over on Hake’s website. Bidding starts to end on 11/10/2015. Good luck!