This week’s challenge from the League was to imagine an entertainment icon in his or her younger years, much like we got with Young Indiana Jones, and Young Frankenstein. This is nowhere near as easy as it sounds, since many of the best ideas have already been developed. Originally, I thought I’d go with an action movie like Young Conan, but Reis O’Brien beat me to it, and Young Lara Croft was also taken, so I veered off into the comedy world and think I may have struck gold with… 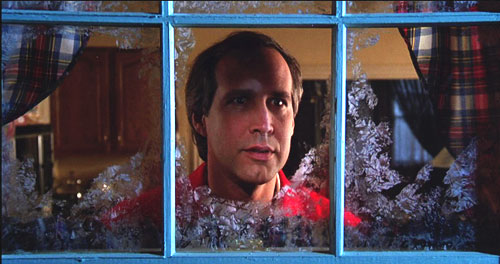 Here we have Clark W. Griswold in his formative years, let’s say 12 years old, just on the cusp of puberty and discovering the fairer sex. This would be a fine line to walk, because in the wrong hands, this concept could be fairly raunchy, but if done right, I think it has loads of potential–think Ralphie in a Christmas Story, just a few years older and you’ll see where I’m headed.

Young Clark would have his clutzy mannerisms and be over ambitious in all his endeavors. He’s a walking train wreck who somehow always happens to succeed in the end. The movie would include a bully who Clark would have to nimbly outwit in order to win the graces of his sweetheart, Ellen. There would be standard pre-teen adventures such as stealing a car and driving for the first time, treehouse warfare, introduction to taboo subjects–you get the idea–and all the while Clark would fumble his way through, leaving a path of destruction in his wake.

Throughout the film, there would be subtle nods to the Vacation movies–Young Clark would be wearing a faded Wally World T-shirt, and he would have a postcard of Big Ben tacked up on his bedroom wall. We would see the origins of Clark’s fascination with exterior illumination, and giant balls of string, and I wouldn’t even mind being introduced to that weird kid, Eddie, who lives over in the trailer park with his giant dog, Snot.