I found some truly great items at the Big Flea this past weekend. I went late on Saturday afternoon as the crowds were thinning out and despite the fact that one of my “regular” toy vendors was absent, I managed to find some fun things to add to the collection… 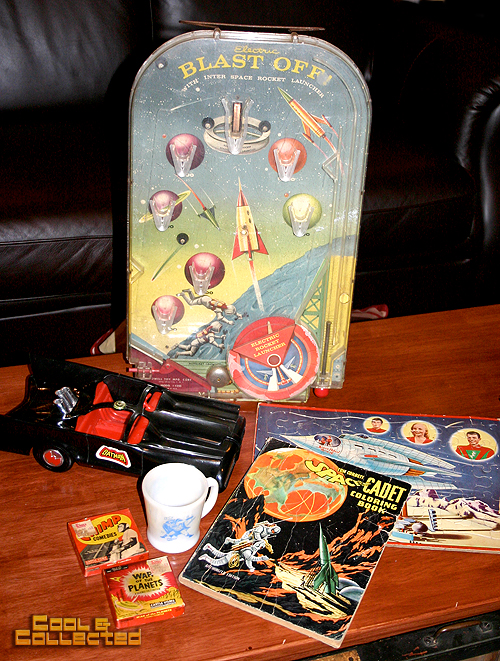 I found a few vintage space-themed items, which I will always scoop up, including a “Blast Off” bagatelle game, a Tom Corbett coloring book, and a Space Patrol puzzle. 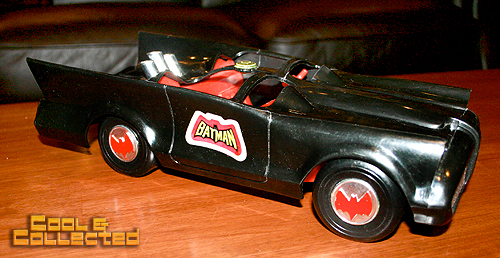 Mitch M. gave me an excellent deal on this 1974 Mego Batmobile and a 1966 Batman milk glass, which will go great on my vintage Batman shelf (if I can fit them in, that Batmobile is big!). 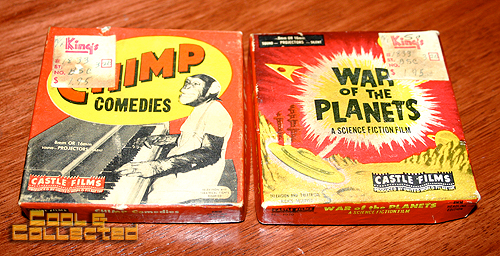 I can not tell you how much I wish I had an 8mm movie projector right now.

Now, this was potentially the find of the year. This huge James Bond 007 “The Man with the Golden Gun” movie poster banner was hanging in a booth that was selling old furniture and wooden printer’s type. This poster had no reason to be there, so I thought there might be a deal to be had.

The vendor tried to tell me that the poster was a limited edition silk-screen print number 74 out of 251, but I knew better. That 74/251 is the National Screen Service’s numbering system–the movie was released in 1974 and the 251 denote that the film was the 251st movie released that year. The poster has some condition issues, but when you see something unusual with an icon like James Bond on it, you have to buy it (or at least, I do). 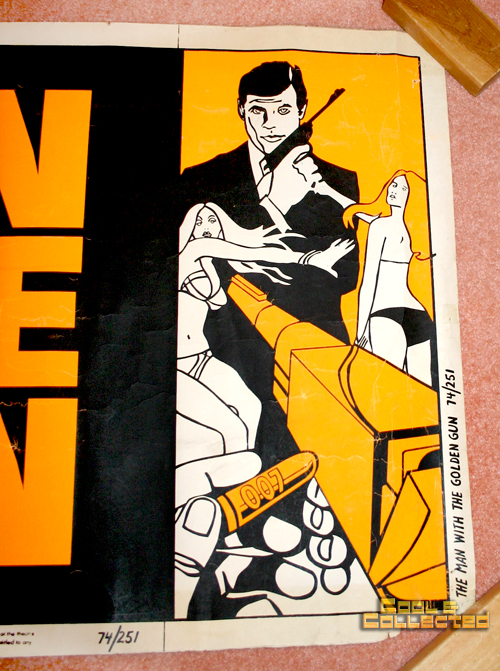 The photos really obliterated the colors, but believe me when I say the ink is bright, day-glow orange and black. This was made to be seen from across the room, and put this thing under a black light and it will surely burn out your retinas. The banner is 20″ tall and over 79″ wide!

I have never seen this poster before and have had no luck finding another one on the internet, so if anyone out there has any information on it, I’d love to hear it!