Jordan is in Los Angeles and visits an old friend named Mark, who has a large storage unit filled with toys. We’ve seen storage units before, but this one is different–it’s organized, and the boxes look to be archival-quality. Mark is a collector who knows what he has, where it is, and what it’s worth.

The first purchase that Jordan makes is a couple of vintage Masters of the Universe vehicles that are still in their original boxes. He pays $75 for a Laser Bolt and Atak Trak. Those MOTU vehicles were nice but it didn’t take long for Mark to bring out the big guns — Mego figures! He has pristine, boxed figures of Batman, the Joker, and Jordan buys a rare Thor figure for $450.  But wait, it gets better… 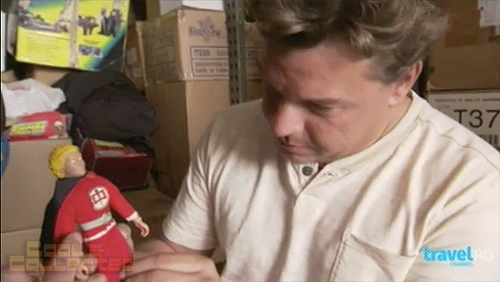 Mark saved the best for last and brings out a rare prototype of the unreleased Greatest American Hero doll. This figure was never put into production and Mark wants $10,500 for it. Jordan can’t swing that kind of money, but he agrees to broker it for Mark and try to find a buyer. Anything over $10,500 goes into Jordan’s pocket.

The next stop is with George who collects Mego, Star Wars and Barbie (!?). George has a complete set of vintage carded Star Wars figures. Unfortunately, he opened the figures and even painted a bunch of them to make them “better,” devaluing them in the process. Jordan buys the set for $425. 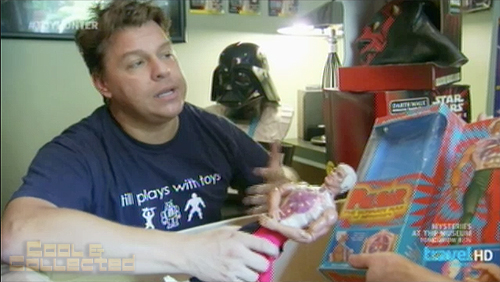 In a plastic storage bin, Jordan finds a vintage Pulsar figure, which was a competitor to the Bionic Man toy line. The figure is complete with the box and Jordan buys it for $65, along with three Star Team figures for an additional $25. 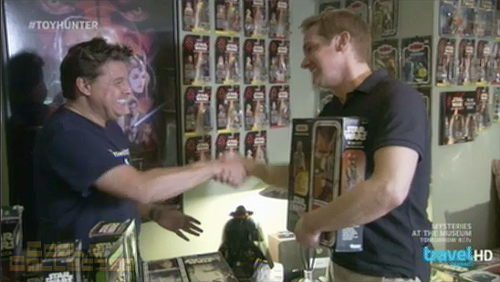 In another bin, Jordan finds boxed Star Wars 12″ figures, including a great Boba Fett still in the packaging — I want one! Jordan buys Boba for $400.

Jordan makes a quick stop at a film studio to sell Pulsar for $150 to a collector named Jordu. 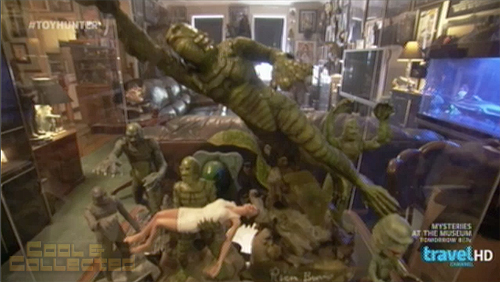 The next stop for Jordan is with a pop culture fanatic named Len, who has an amazing, eclectic collection, including an awesome display case of Creature figures. I would have been fine with a whole episode exploring Len’s collection, but that’s another show. Jordan buys a vintage Aurora Batmobile slot car for $40 and a Chitty Chitty Bang Bang flying car by Corgi for $250. 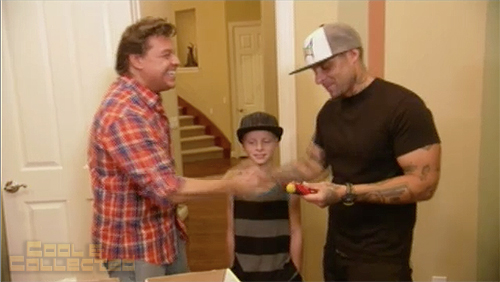 The last stop of the episode is with Dan, the founder of Tap-Out and a collector with very deep pockets. We actually met Dan on the Toy Hunter(s) pilot when he bought the rocket-firing Boba Fett action figure prototype. In this episode, he buys the Mego Greatest American Hero figure for $13,000! Now, there’s a collection I want to see!