The latest Hake’s catalog arrived recently, and as usual, it is overflowing with incredible pop culture collectibles. I usually take a few hours to pore over every page, leaving a rainbow of post-it notes sticking out from the pages, tagging items that I want to research and add to my watch list. I have winnowed the rainbow down to the top ten items that I am excited to watch (and maybe bid on). I’ve intentionally left off the Bill Gates-level items like Detective Comics #27 and the Rocket-firing Boba Fett, because I know those are going to fetch crazy money. So, here are my top ten items in Hake’s auction #223… 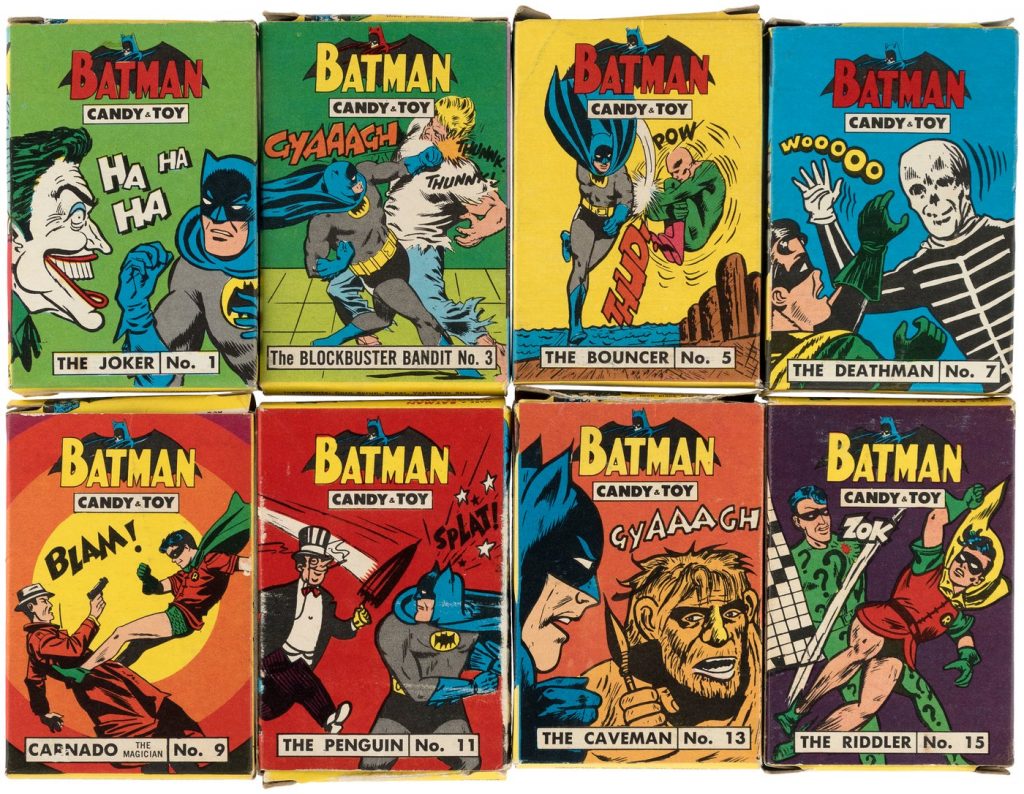 I’ve been trying to assemble a full set of these 1966 Phoenix Candy & Toy Co. Batman boxes for almost ten years. In that time, I have managed to acquire two. I could knock out the entire set with one good bid, but where would the fun be in that? 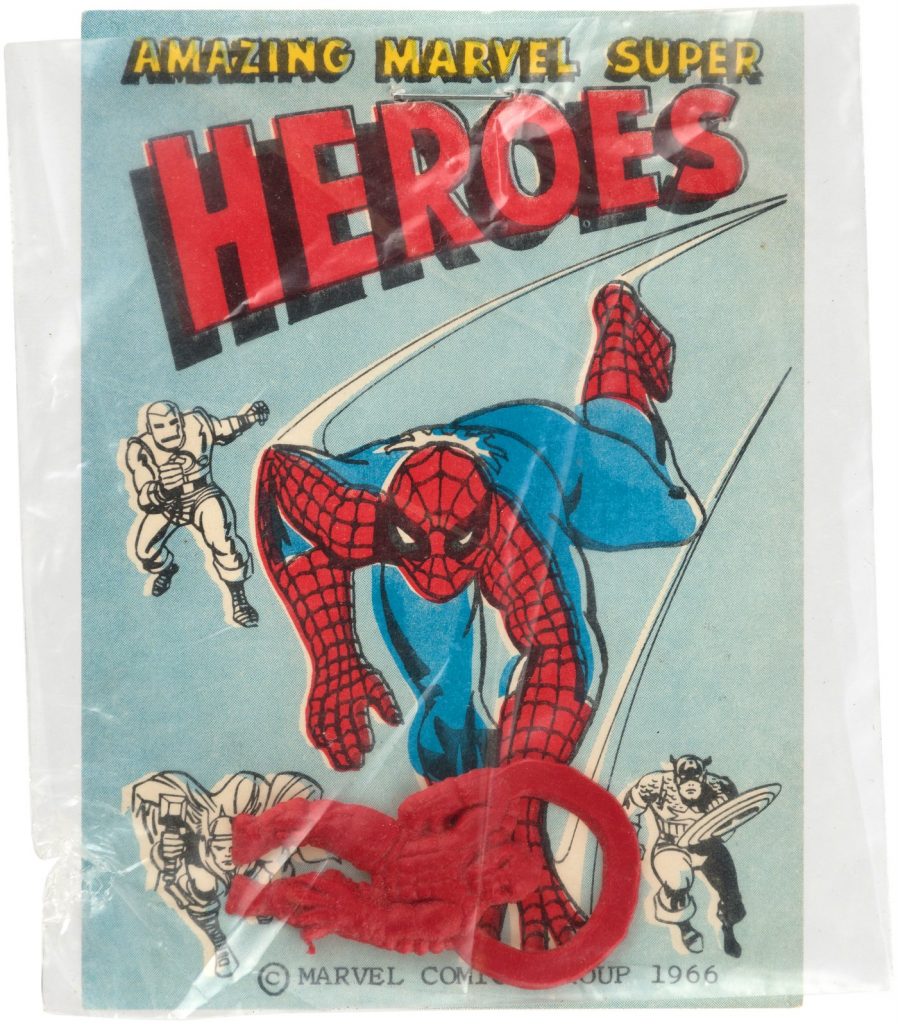 Vintage Marvel items from the 60’s always get the collecting engine revving, but when you see a gumball machine toy with an auction estimate of $1,000.00-2,000.00, you have to stop and gawk a little bit don’t you? 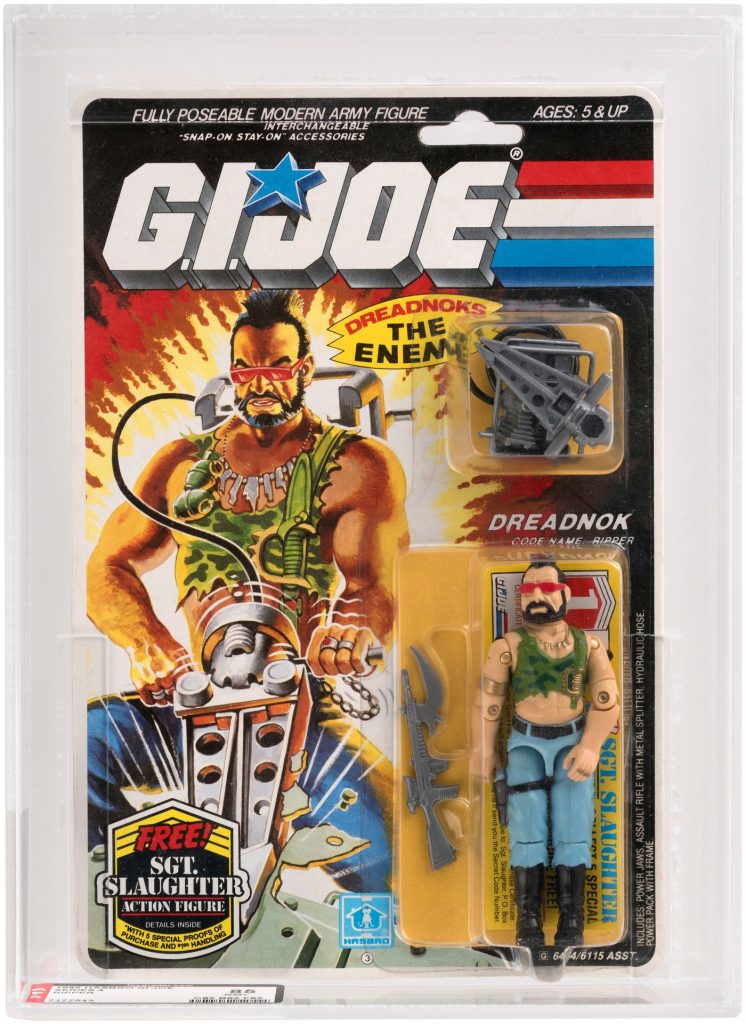 Sure there’s a carded Snake Eyes figure in this auction, but when I was a kid, Zartan and the Dreadnoks were my favorite motley crew. The punk-styled trio with chainsaw guns were sure to be featured in any of my playtime battles, and seeing this Ripper figure brought back a flood of nostalgia for me.

The purple clad general looks mighty fine in the box, doesn’t he? Usually, you’ll find the Planet of the Apes figures on a card, but the boxed versions are really hard to find, and this one is a beauty! 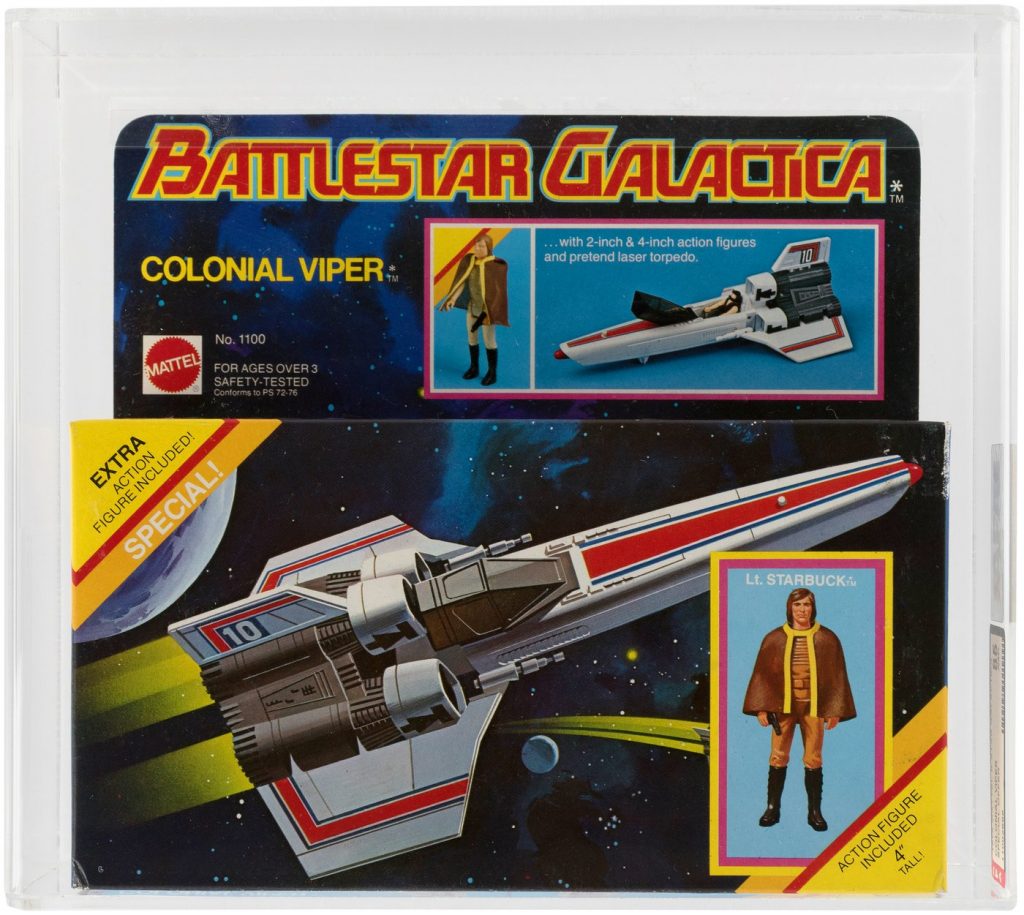 Battlestar Galactica’s colonial viper is one of the greatest spaceship designs in pop culture history. This example from the esteemed Russell Brandon collection looks like it was just grabbed off the top shelf of a toy store in 1978.

It’s easy to get excited about an original Kenner Alien, but look at the grade this one received from AFA! This is probably the most pristine example of Kenner’s Alien that you will ever see, and the bidding is sure to exceed the $1,000.00-2,000.00 estimate.

One of the great things about Hake’s catalogs is discovering items that you never knew existed. I have never heard of these Big Little Book cards before, but this Flash Gordon uncut strip of cards is going to sell for over $4,000.00, more than doubling the estimate!

Shelf talkers are not all that common, and it’s always fun to see that items like this that survived to live a second life in a collector’s capable hands. This Secret Wars Wars display would be such a great addition to a vintage Marvel comic book or toy collection. 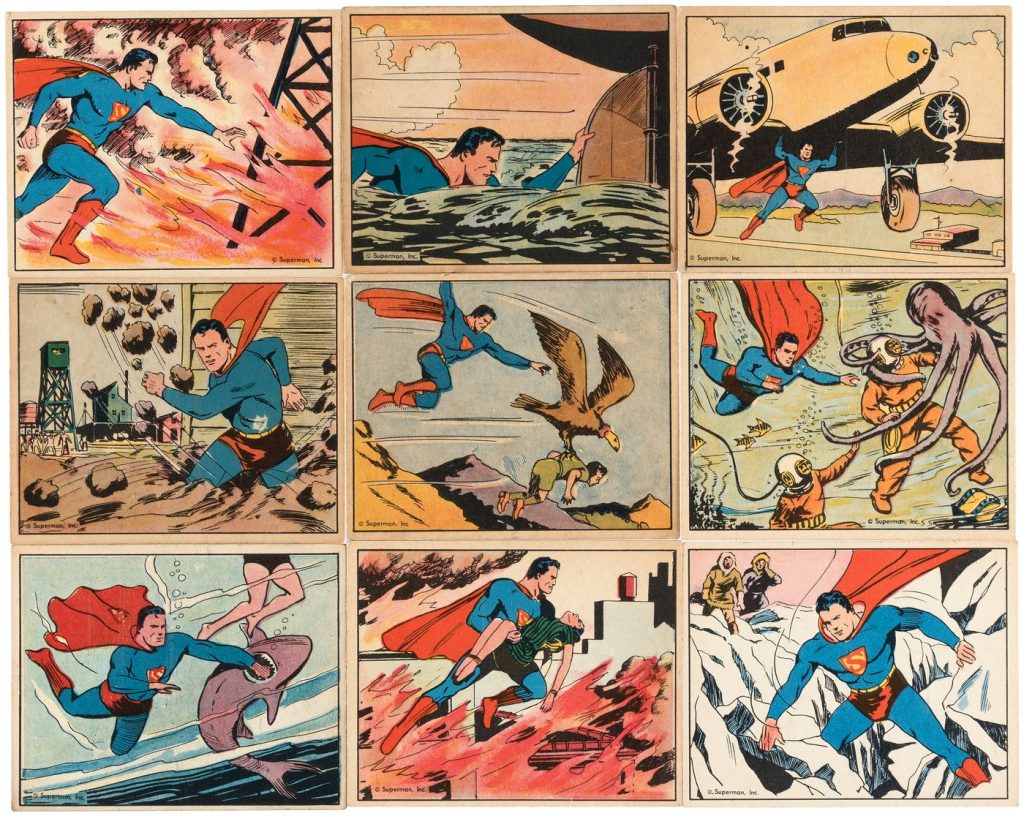 These set of 1940 Superman cards is firmly entrenched on the list of things to collect before I die. If I get this lot, I’ll only have to track down another 51 cards! 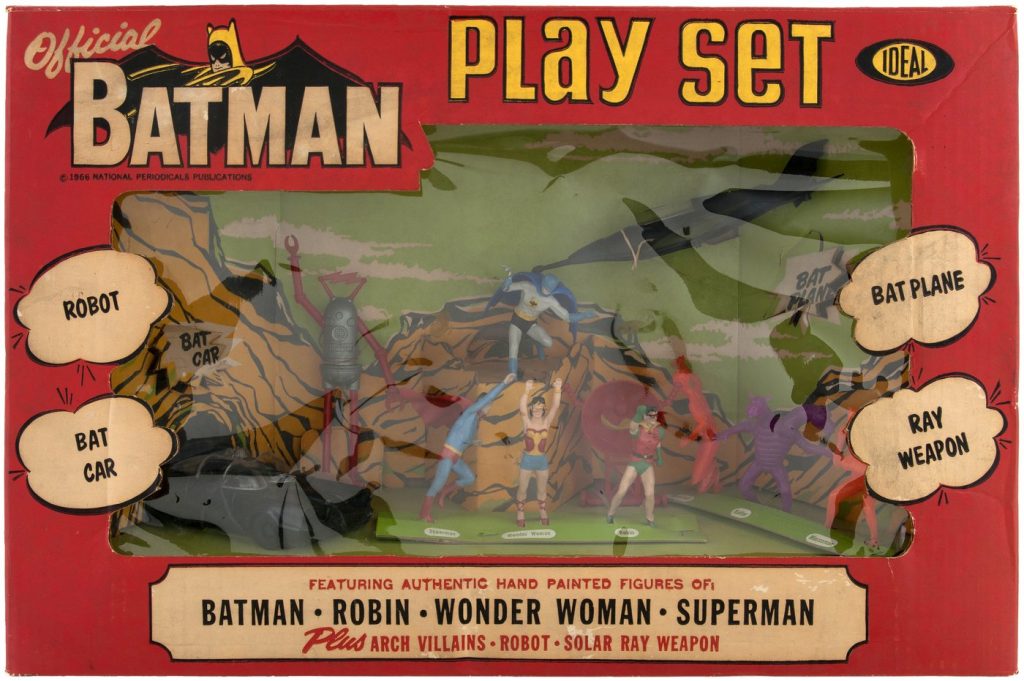 The Ideal Batman play set is the holiest of holy grails for any Batman collector. It’s a mythical beast that is constantly hunted, but rarely seen. It’s pretty incredible how valuable a little plastic and cardboard can be.

All of these items are currently up for bid at Hake’s, along with thousands of more incredible pop culture collectibles. View the whole catalog online.