It pains me to write this. Seriously, I’ve got a paper cut on the tip of my finger and typing is a bitch… but I digress. This weekend saw the return of the DC Big Flea to Chantilly, Virginia, and I hit it hard, bright and early on Saturday morning. The Flea is really an upscaley antique show that rolls into town every few months, but there’s some pop culture gold in there if you look hard enough. 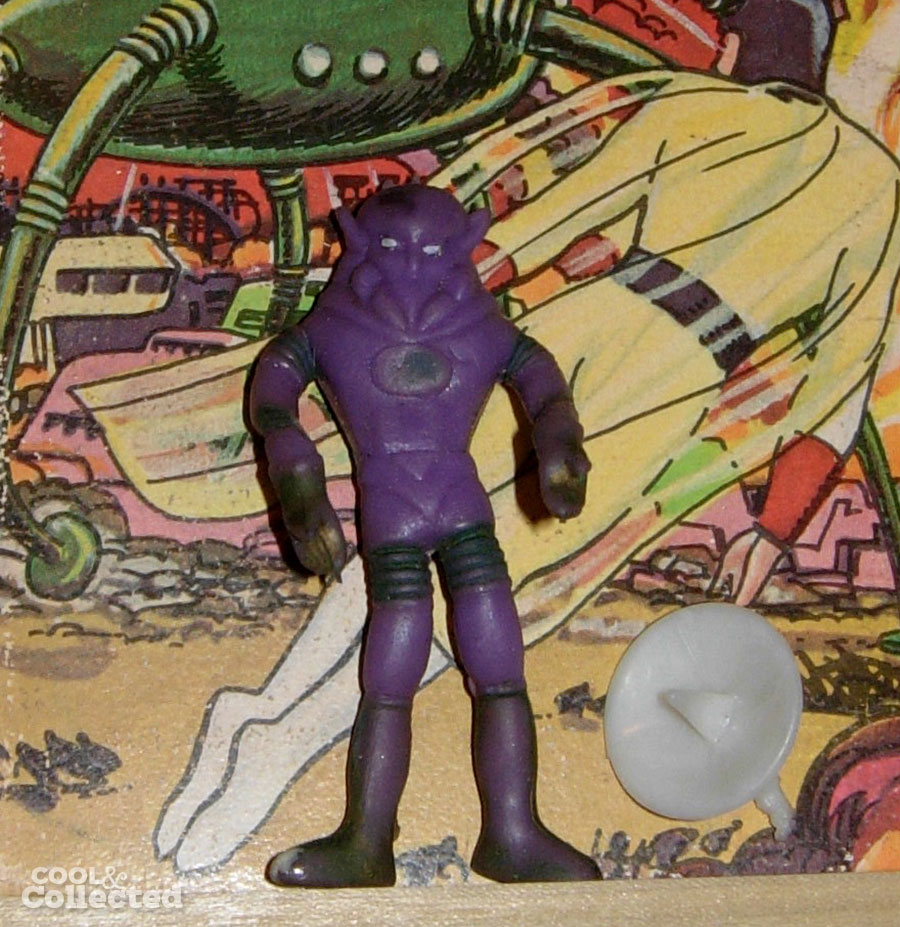 This tiny little space alien turned up in a bin of plastic cowboys and indians. I’m always on the lookout for a good astronaut or alien, and this guy rocks! He stands about 2″ tall and is rubber with a wire armature. My initial thought was that he was a knockoff of the Colorforms Outer Space Men since the size was all wrong. Thanks to a vintage toy group on Facebook, I learned that this is a gumball machine toy based on the Colorforms Xodiac figure. Thanks internet! 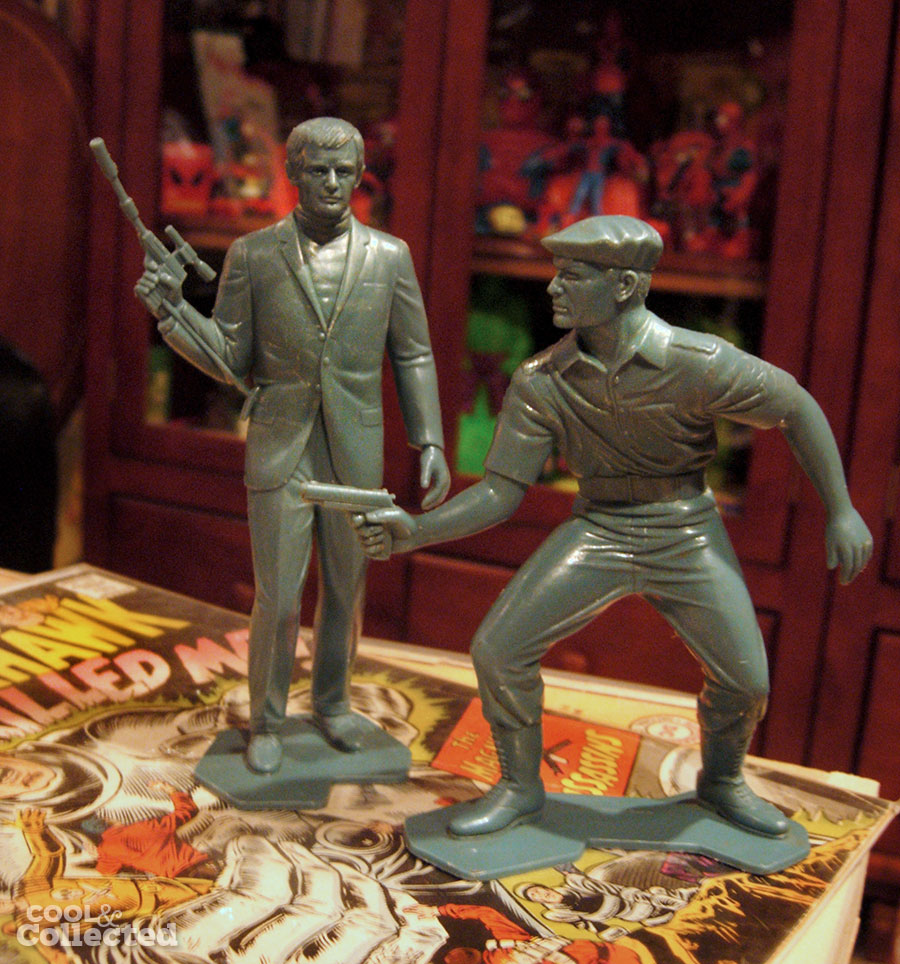 Next up are these large Marx Man from U.N.C.L.E. figures. With a new movie in the works, I hope we get some cool new spy toys out of this property. 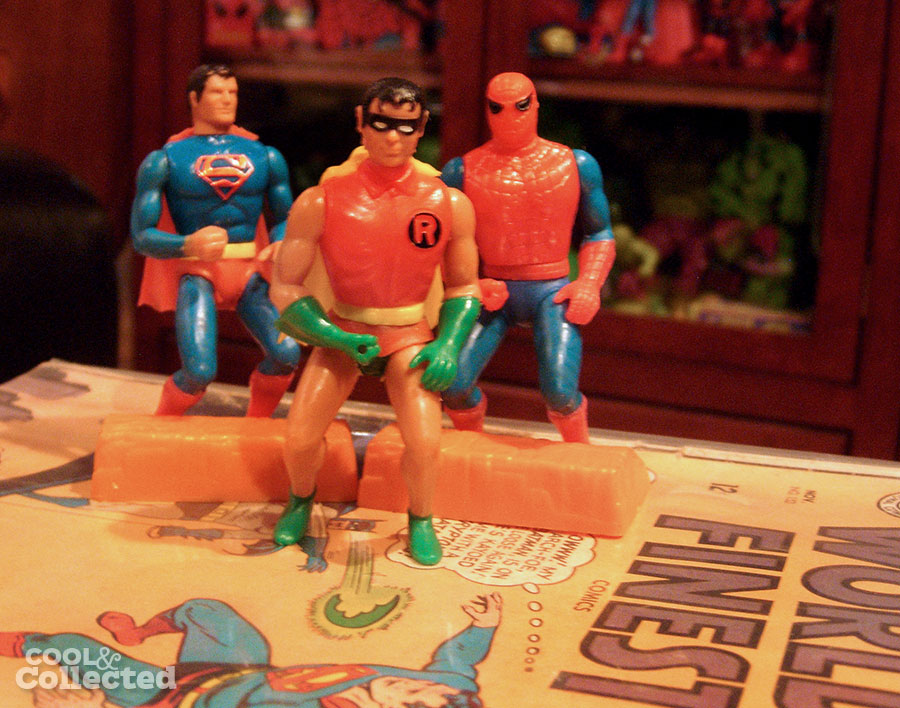 I also picked up these jerks — Mego Comic Action figures, probably the most ill-conceived poses in the history of action figures. All I know is that now I really want all the other figures in this set. 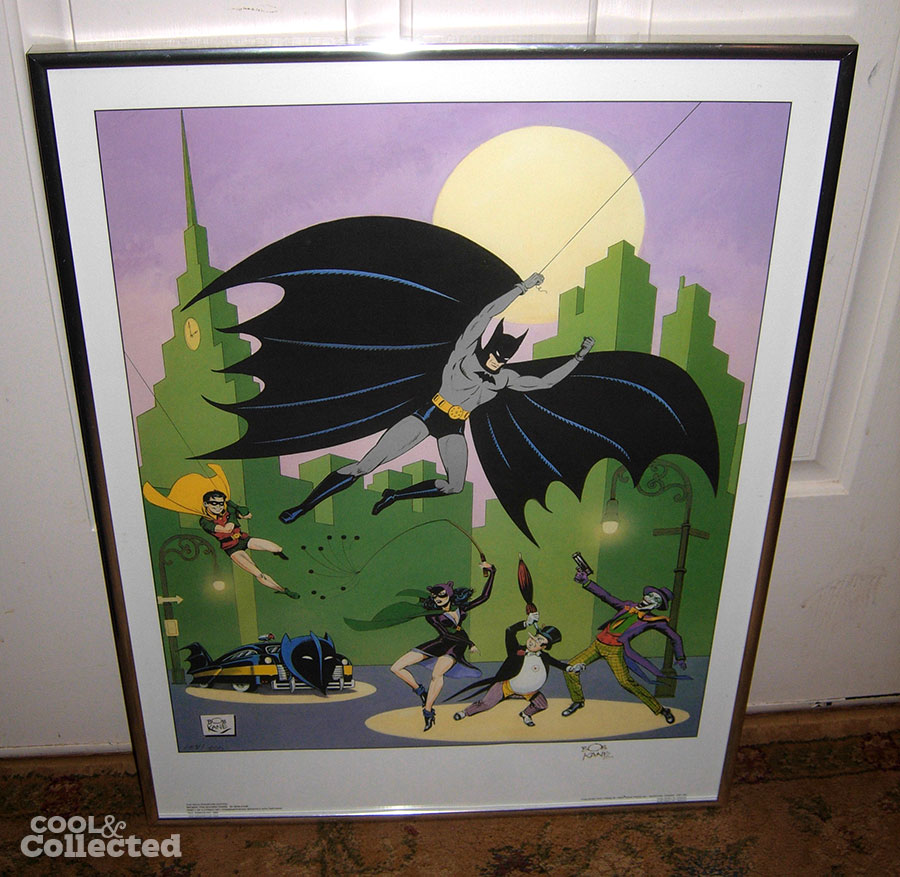 The true prize of the day was finding this Batman print, signed by Bob Kane! My Bat radar started tingling and when I saw this from three booths away, I “may” have pushed aside an elderly lady in my haste to reach it (but the oxygen tank is what tripped her up. Honest!).

Like I’ve said in previous posts about the Big Flea — the best deals are usually found in the booths with a variety of items. The specialized booths are manned by sellers who know more about their wares than you do, so if you find a vintage toy in a booth filled with furniture or jewelry, you will either get a steal or a laughably high price tag. This print was in a booth surrounded by household items, and I ended up paying less than the frame probably cost — and the COA was still attached to the back. I was a happy camper indeed!