If you’ve been grocery shopping or visited a toy store recently, you’ve no doubt been inundated with pop culture characters emblazoned on products throughout the store. It seems like there is more product placement than we’ve seen since the 80’s, and I love every last bit of it! The Avengers are on cereal and cracker boxes, soda cans, Dorito bags and more, but they’re not alone. Star Wars characters are hitting the shelves too, but not the new Star Wars Rebels, it’s Darth Vader, Yoda, and our two favorite droids, C3PO and R2-D2 — my Cheerios even came with a Drew Struzan poster! Kraft Macaroni and Cheese boxes have some great headshots of characters that make an impressive display wall, and there are microwaveable cups displaying not only Star Wars characters, but Spongebob, How to Train Your Dragon, and the Ninja Turtles too. 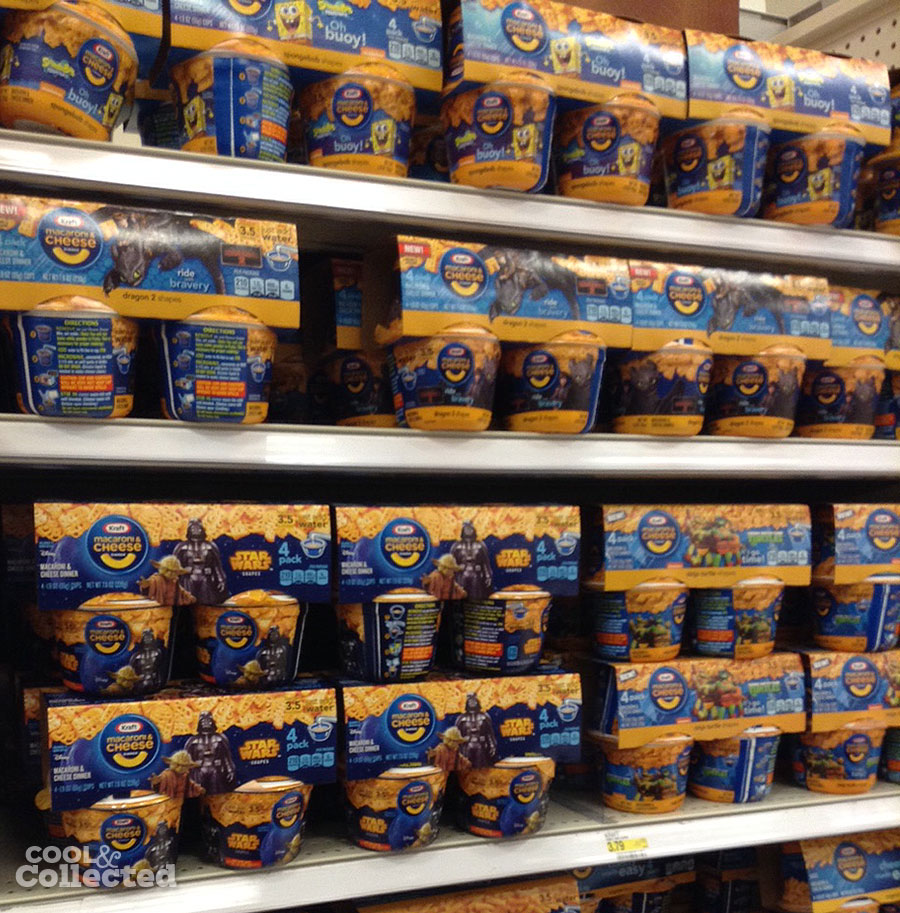 Say what you will about product placement on food items, but it certainly works. My kids have been clamoring for items they know they don’t like, just because they see one of their favorite characters staring at them from the store shelves. Heck, I bought a box of the Avengers cereal, knowing full well, the bag of cereal would never be opened, but I wanted that box! 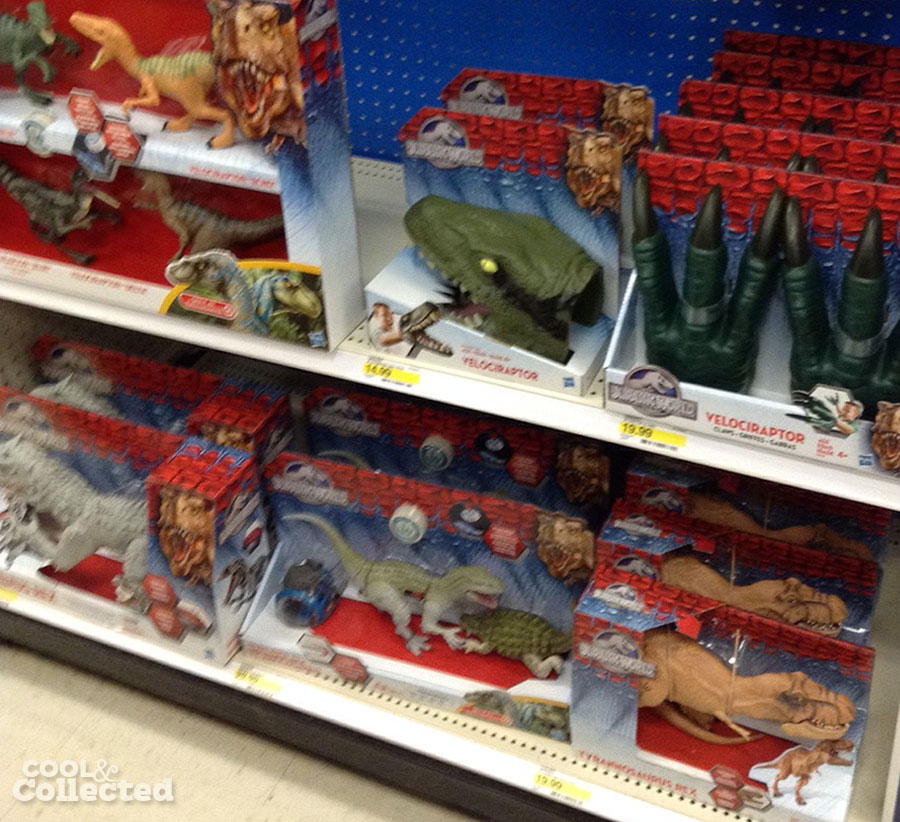 Along with the established licenses, a big contender has made a long-awaited return — Jurassic World toys are now appearing in the toy aisles. There’s just something exciting about a whole new toy line based on a movie. I hope the movie lives up to the merchandise! 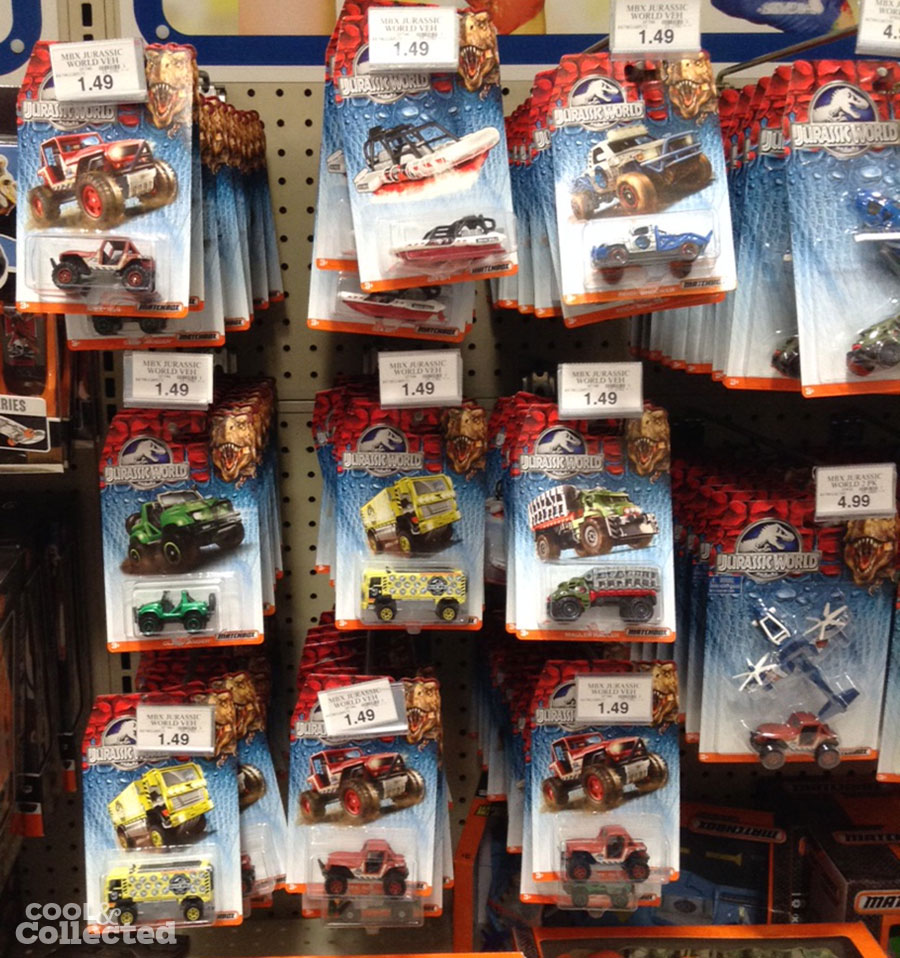 Matchbox got the license for the Jurassic World vehicles, which will hopefully be good for them. Being a bit of a Hot Wheels snob, I don’t know when the last time I bought a Matchbox car was, but I brought a few of these home with me, and I’ll probably pick up a few more over time.

Personally, I love seeing all these different licensed characters throughout the store. It reminds me of what it was like to be a kid in the 80’s and seeing cereals for GI Joe and Mr. T, and begging to get a special box solely for the trinket buried inside.