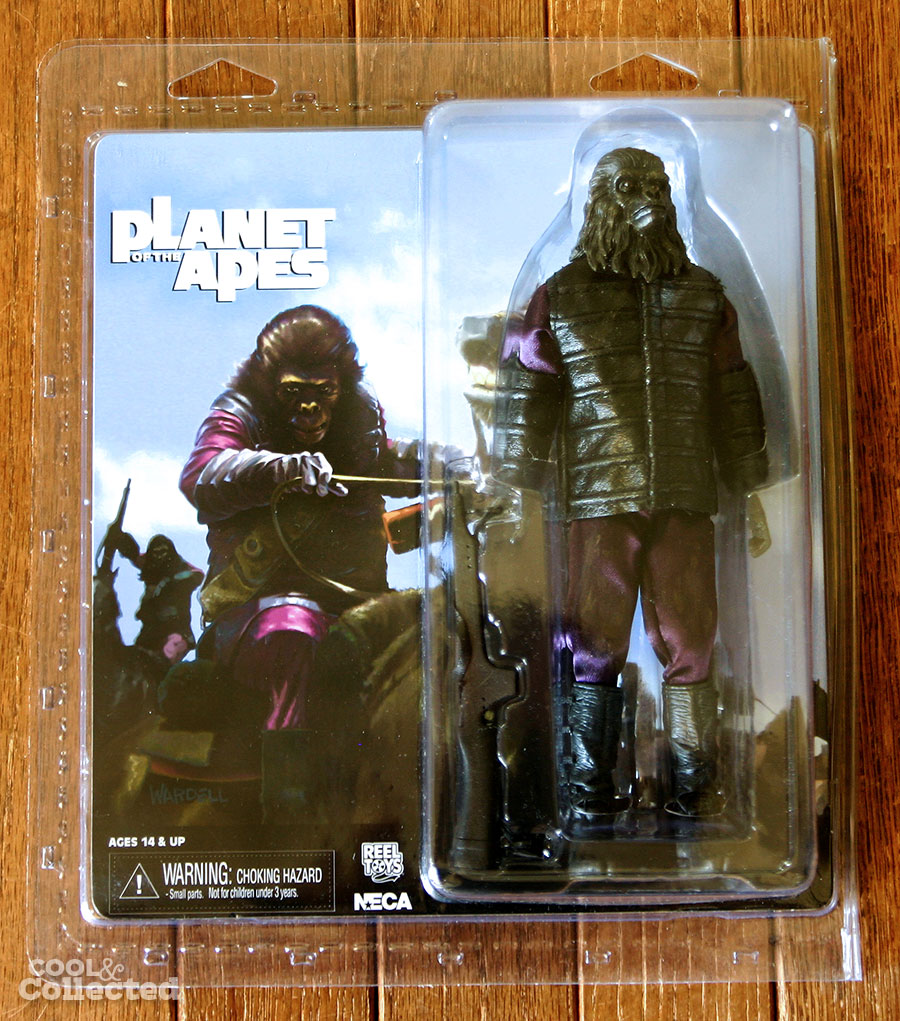 Well, this guy FINALLY arrived at my local Toys R Us. I’ve been hunting for one of these NECA Soldier Apes for months, and had almost given up hope of ever finding one, but last night, there were a half dozen of them on the shelf. 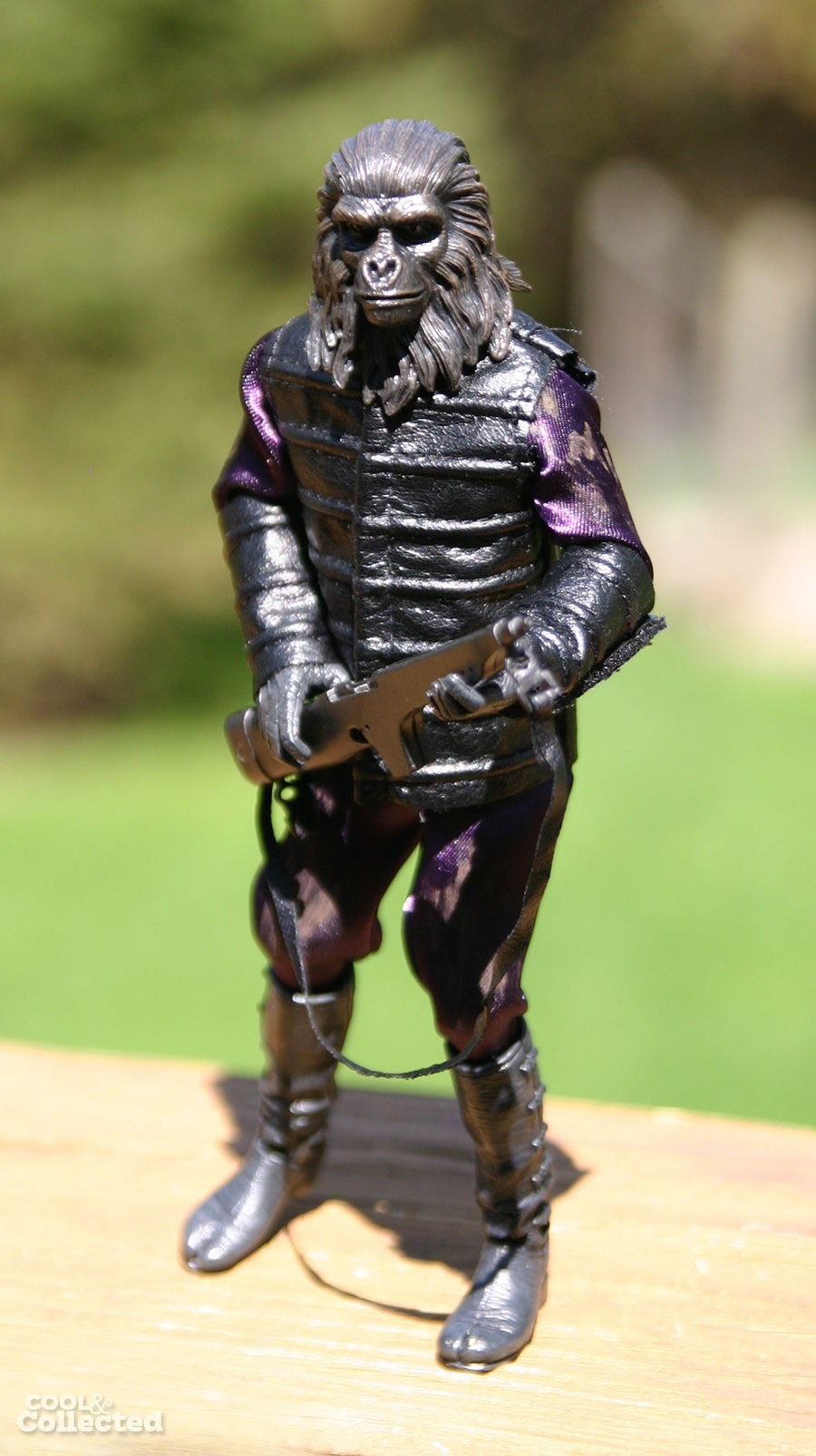 I’ve never been  big fan of the original Mego figures, and have pretty much ignored the new “Mego-inspired” lines, but these Planet of the Apes figures are different. They don’t really look like the original Mego figures, which is good, but more like a miniature Sideshow or Hot Toys figure. The cloth parts look great, even at this small scale, though I do wish they didn’t slap on the sloppy brown mud on the arms and legs. The brush strokes are so apparent, it’s hard to even pretend that it wasn’t put there by a paintbrush. 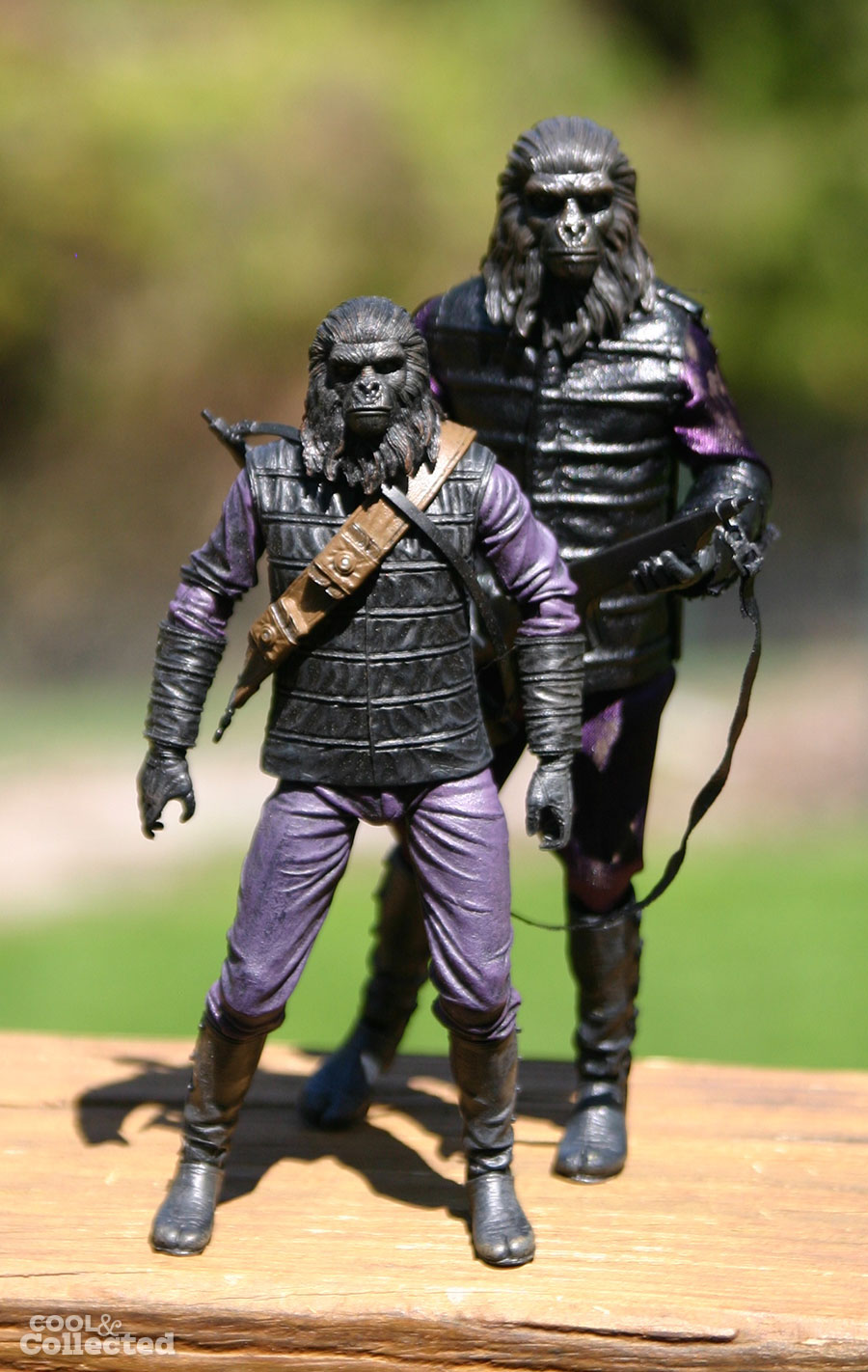 Overall, I really do like this figure, but the price point will prevent me from ever attempting to build an army of these apes. I’m happy with just the one, and will continue to put my money towards the smaller 7″ figures that NECA has released which look better, pose better, and have more characters available.