Last night, I teased you with a photo of my epic pop culture haul from earlier in the day. There were many good guesses, but I can assure you there were no bananas, plantains, Beatles posters, or parts of Gwyneth Paltrow in those boxes. 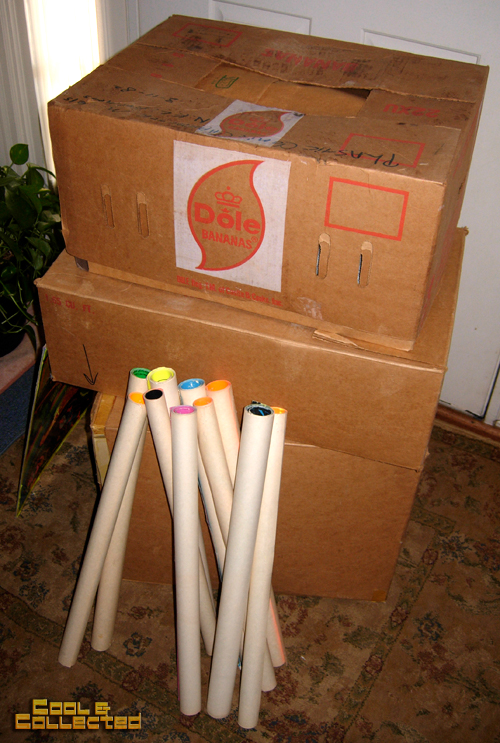 Yesterday afternoon, I checked Craigslist to see if there were any interesting items for sale and came across a listing for 25 Aurora model kits with some boxes. I love Aurora model kits, and a single box can be worth $50, so I immediately contacted the seller. After 15 minutes with no reply, I assumed I was too late, but then the phone rang and I grabbed my keys. (With Craigslist sales, you have to be quick. the slightest delay can give another buyer an opportunity to swoop in and leave you holding your cash.)

I was invited into the guy’s house and we went downstairs where the walls were covered with rock posters with an emphasis on the Beatles and the Rolling Stones. One entire wall shelved a massive LP collection, and another wall had tons of framed posters leaning against the wall ten posters deep. I thought to myself, “this could be good.”

The seller was moving to California and was trying to unload a bunch of stuff that he’s held onto since he was a kid. At this point, I was feeling REALLY good.

I handed him the money and carried out three large boxes of models to the car. I didn’t even look inside, because I didn’t want to jinx the deal.

As I always do, I chatted with him about what I collect and asked if he had anything else from the 60’s-70’s that he was trying to sell. He mentioned that he had an old Batmobile and a James Bond car. My heart was in my throat.

We went back inside and he started pulling out bins of items. He couldn’t find the Batmobile (ACK!) but he did find a Corgi James Bond Aston Martin and a Man from U.N.C.L.E. car still in their original boxes with paperwork!  Sold. 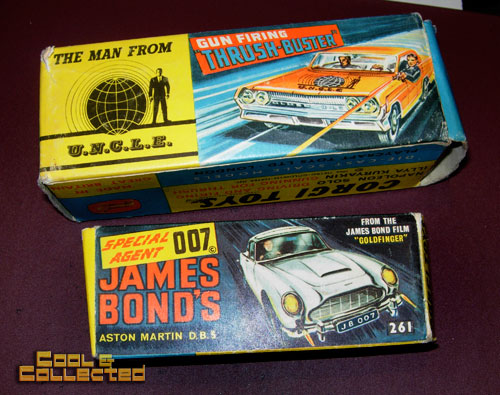 Now I don’t really collect diecast cars, but I will buy anything with James Bond on it. When I got home and searched for these two cars on eBay

, I was more than a little pleased. A similar James Bond Aston Martin

is currently fetching over $380!

This guy was a poster collector like me, and I came away with ten incredible posters, but more on that later.

I’m not ashamed to admit to yelling a few “Woohoos!”  on the car ride home. After unloading the Aurora Model Kits, here is what I saw when I opened the flaps on the big box… 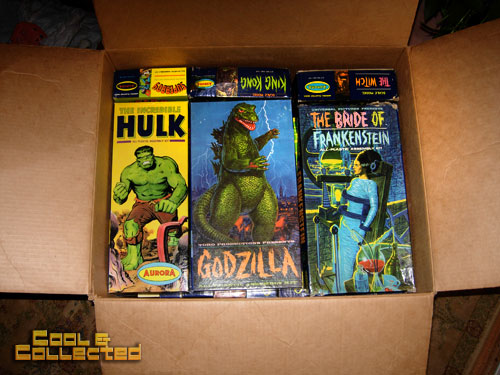 Giddy does not come close to what I was feeling. This box was deep. Layer two… 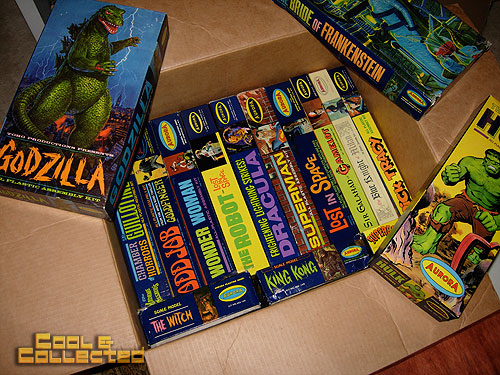 There was another layer underneath that one! Here’s the total collection… 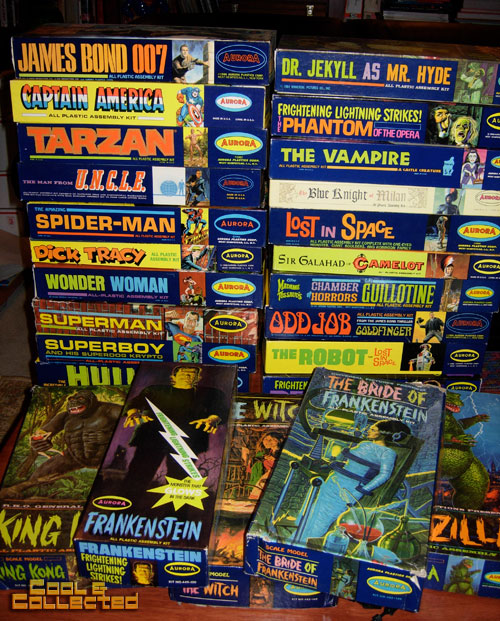 I’d say that’s a good haul. About six of these kits are unbuilt and complete in the box, including Frankenstein and the Wonder Woman kit

, which is worth a few hundred dollars. Many of the kits had been built and painted poorly, but I don’t really even care about them as much as I love these boxes. Every single box has the original instructions. Amazing.

The King Kong and Godzilla boxes were actually on my list of collecting “Holy Grails” and I get to check them both off in one day. I would have paid $50 for the King Kong box by itself. I’ll be holding onto all the super hero boxes for sure, but might consider selling the movie monsters and knights if anyone is interested.

I told you I bought some posters, right? After asking the seller if he had any old movie posters, we started going through bins and bins of rolled up posters. Most of the posters were commercial rock posters, but one poster caught my eye and I absolutely could not believe what I saw. Check off another holy grail (or ten!). Any guesses to what these are? Stay tuned… 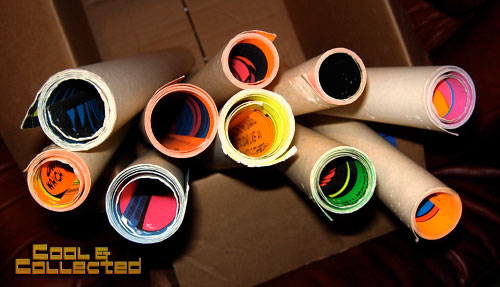