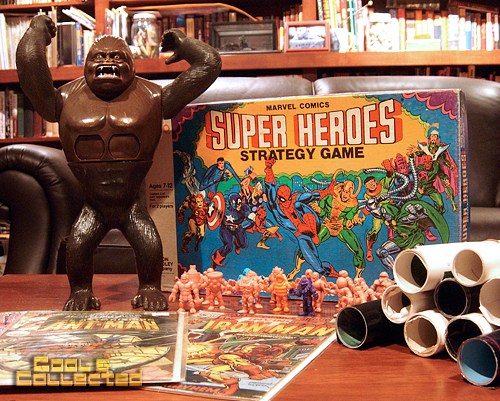 Well, as I mentioned in a post the other day, the big find for me at the most recent Big Flea was that Mego King Kong figure but I also found some other fun stuff!

At the last Big Flea, I bought a bunch of Battle Beasts and M.U.S.C.L.E. figures, and this time I hit up the same vendor for 20 more. She had a bag of Monster in my Pocket figures too, but I wouldn’t pony up $3 per figure so I left them behind. The M.U.S.C.L.E.S. were no bargain at a dollar each, but that’s pretty much the going rate for them. 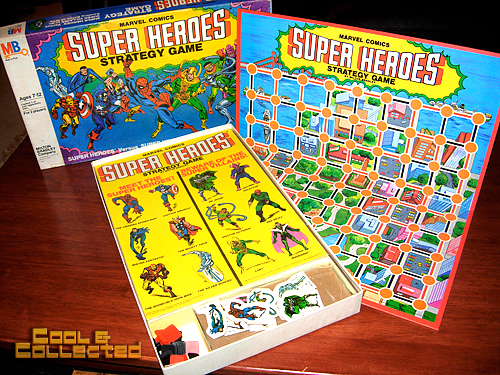 I’ve got a pretty good collection of board games and Colorforms, so when I saw this Marvel Super Heroes Strategy Game from 1978, I had to have it. I can’t wait to try it out with the kids.

I picked up a couple of comics from a 25 cent bin. Most of the comics may have been worth 25 cents, but these two looked a little more promising. The Ant-Man book caught my eye since the news about a new movie is starting to gain some traction. The 1983 Film Fantasy Yearbook is filled with great stories and photos. 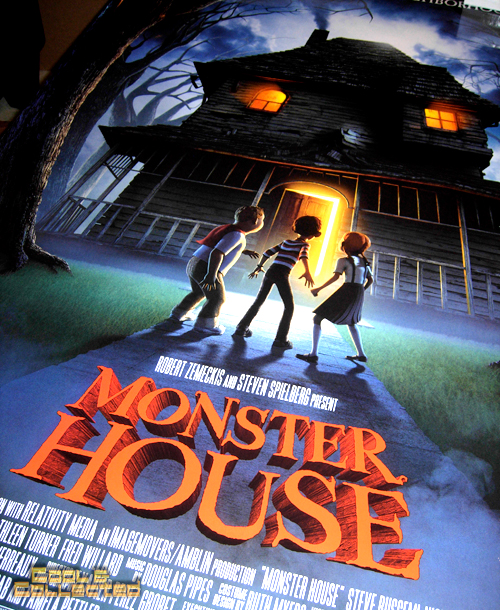 A great tactic for getting bargains at shows like this is to find items that obviously don’t fit in with the rest of the items in a particular booth. I found a huge box of rolled up movie posters in a booth of antique tools. The vendor bought them at an auction and didn’t know anything about them other than what he paid for them. There weren’t any huge treasures in the lot, but for a buck a poster, I ended up buying 20!

This Superman IV poster was probably the best of the bunch, and for a dollar, I’d buy it all day long.