I have a confession: I’ve been going a little ape lately. Like many collectors, my particular focus tends to ebb and flow. Collecting vintage Batman items is a constant, but the last couple of years had me seeking out apes, gorillas, and chimps — even more so than usual. I just can’t get enough monkeys! Sure, I’ve always been on the hunt for King Kong items, but that well seemed to dry up, so my simian focus expanded to embrace apes from other lines. Now, almost every item in my eBay watch list has PotA in the title.

, marking the first time I have ever preordered an entire action figure line at retail. I have visions of an army of soldier apes lining my shelves. I secretly kind of hope the line is over-produced so that the figures will go on clearance at Toys R Us, and I can scoop them up by the cart load! 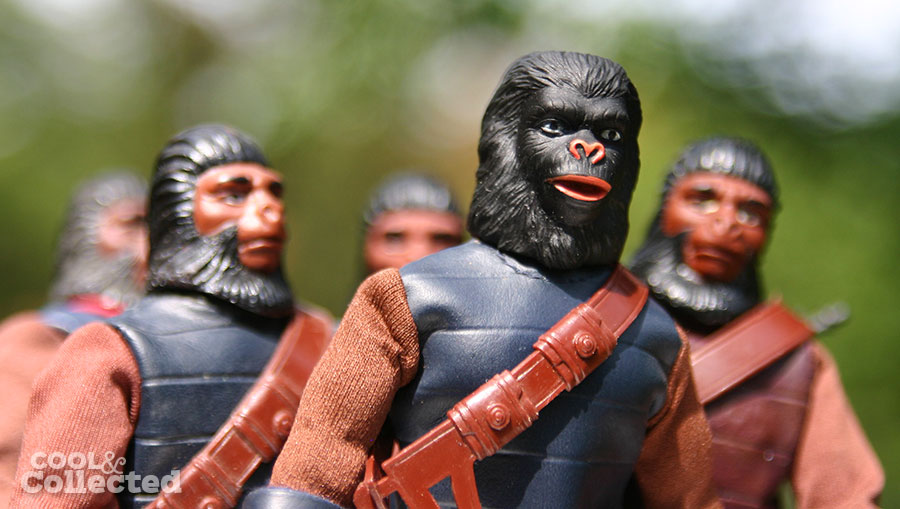 I don’t even collect Mego figures, but these guys are a must buy when I come across them. 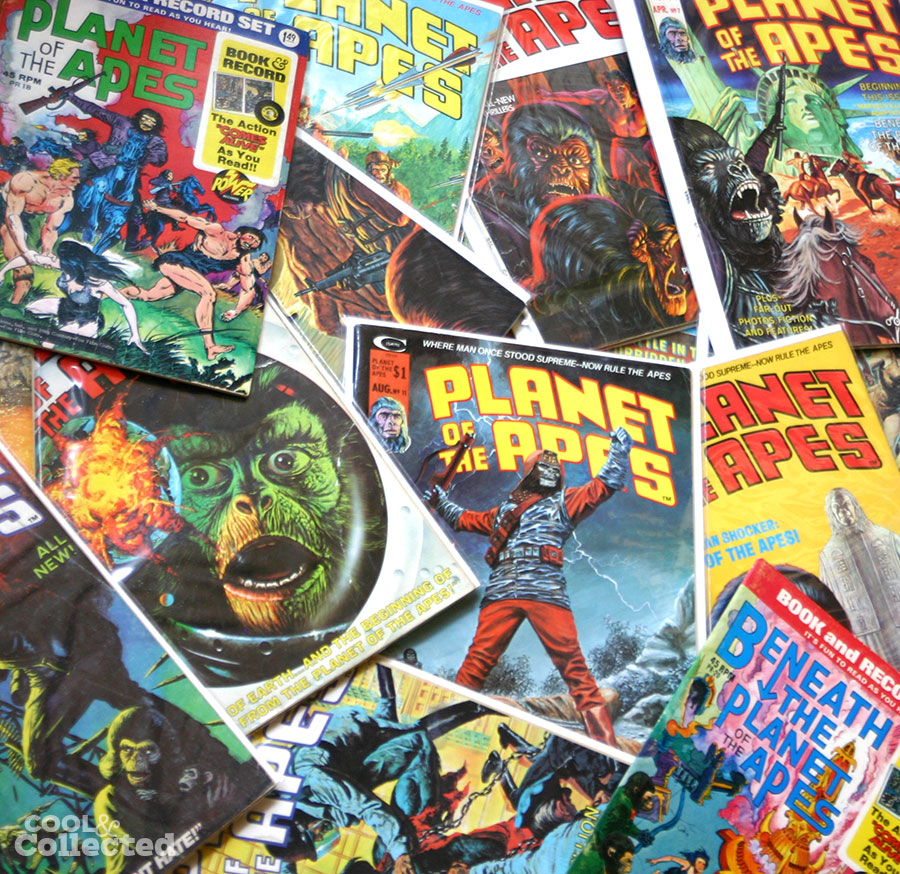 I never get tired of imagery and artwork that features a good gorilla or ape.

A friend of the site pointed me to this Monsterama video a few days ago (thanks, Mike!), and it did nothing for me except make me determined to seek out every single item that I don’t already have. If anyone has any of those Medicom figures 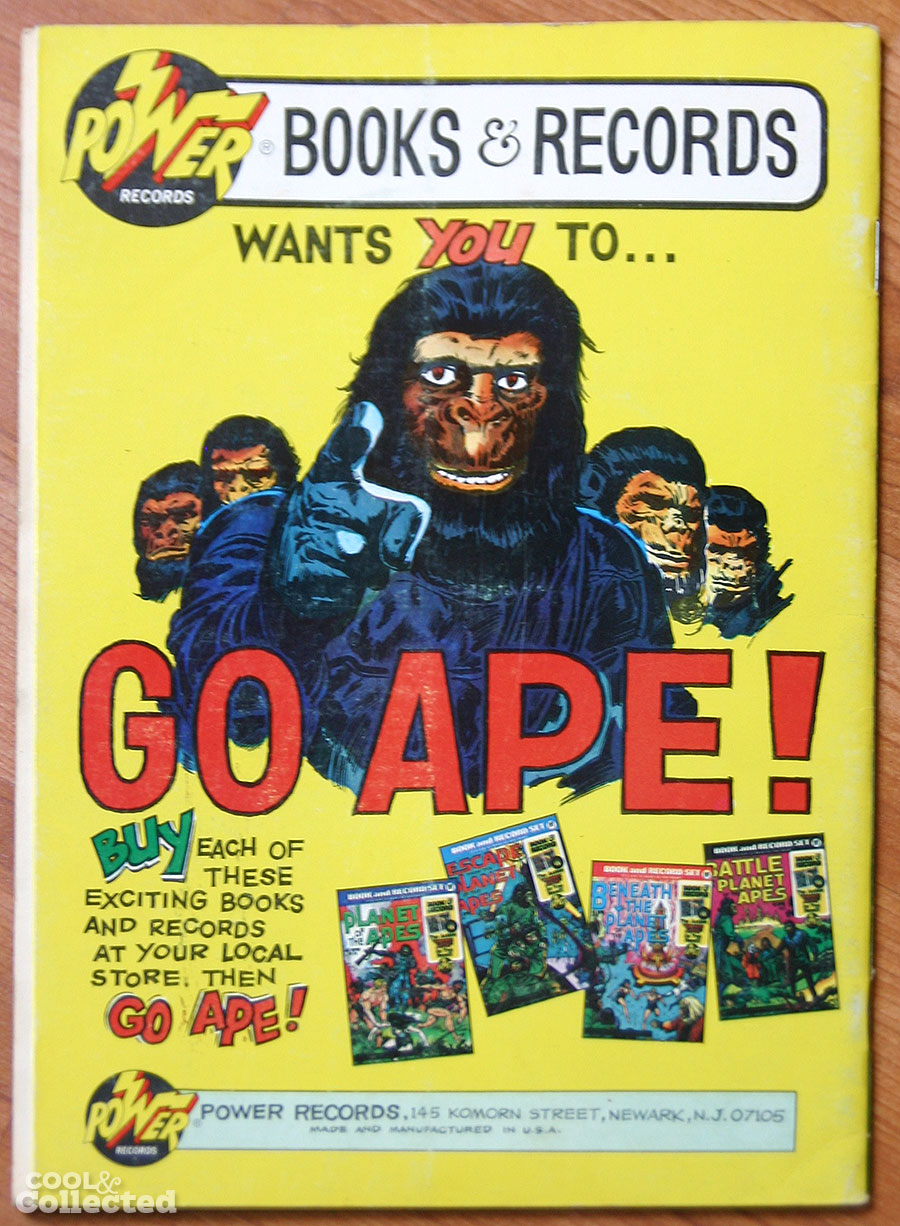 Has there ever been a more inappropriate children’s book and read-along record than the Planet of the Apes Power Records? Those damn dirty apes lobotomized Landon!

Yeah, I’ve got ape fever pretty bad. I’ve even started to look at mannequins and ape masks to fully realize my dream of having a soldier ape stand guard over me in the cave — how hard can it be to learn to sew and make costume? Mark my words, it will happen. The ape shall rise. Some day.

This week, the League of Extraordinary Bloggers is showing off some of our prized items by photographing a shelf of our collectibles. Check out Nerdy Life of Mine, and more!