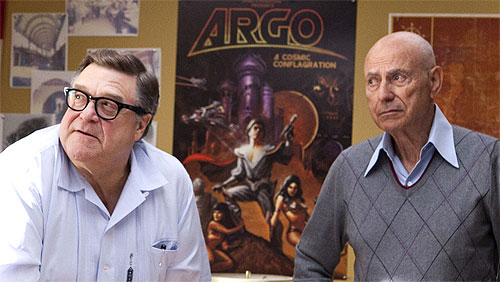 Over the weekend, I found myself totally absorbed by the movie, Argo. Rarely, do I find myself enjoying Oscar-winning “Best Pictures,” but I have to say that this movie deserves all the accolades it has received. Once the movie ended, I wanted to watch it again right away–it was that good!

I intentionally went into this movie fairly cold, without having read too much about the back story, which probably helped to foster the true excitement I felt while watching it. I was mesmerized by the whole fake-movie aspect, and am even more so now that I know a bit more about the real story.

Argo was actually born out of an article that appeared in Wired Magazine in 2007, written by Joshua Bearman. The script for the fake Argo, was based on Roger Zelazney’s sci-fi novel, Lord of Light. Production of a “real” movie based on Lord of Light was actually started at one point with conceptual artwork created by none other than Jack Kirby. That movie fell through and, while it languished, the script was used as the basis for the fictional Argo movie that the CIA would use to help the Americans flee Iran. My head is spinning!

Last year, Syfy’s Hollywood Treasure had a segment that featured makeup kits by Hollywood makeup artist, John Chambers, the Academy Award-winning makeup effects artist for the Planet of the Apes movies and the man who made Spock’s ears for Star Trek. The episode revealed that Chambers worked for the CIA, which is pretty darn cool, but in the movie Argo, we see just how involved he was. Chambers was eventually honored with the highest civilian award from the CIA, and I bet those makeup cases would sell for a lot more today, now that Argo has won the Academy Award for Best Picture. 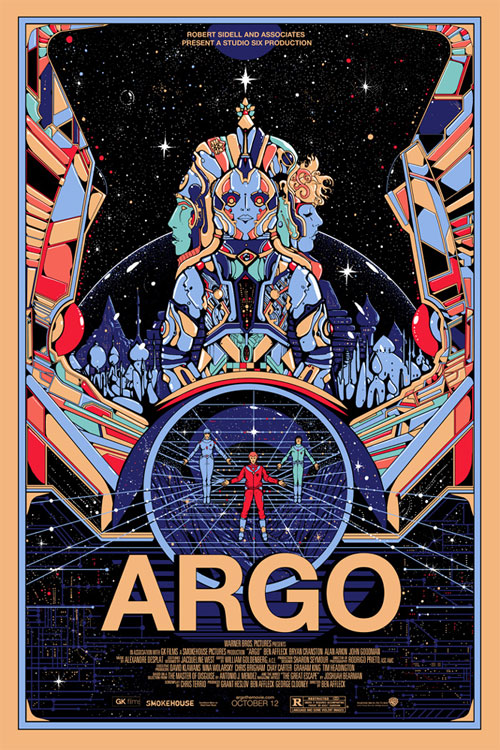 I’m not sure if the movie poster shown in the movie actually exists or not, but it is now my mission in life to track it down. During the Oscar’s on Sunday night, Mondo released their own version of the poster by Kilian Eng. I missed out on it, but I think it’s for the best since that Helvetica typeface would have bothered me to no end every time I looked at it.

Probably the best part of this movie for me, is the fact that the CIA is shown in a positive light. So many movies cast the agency as the bad guys, it’s refreshing to see them rewarded for their actions–real life actions! Tony Menendez, the CIA operative portrayed in the film by Ben Affleck, is a true hero, and it’s nice to see him honored as such, in a career where actions are usually not known outside of small circles.

If you haven’t had the chance to see this movie yet, I can’t recommend it highly enough.