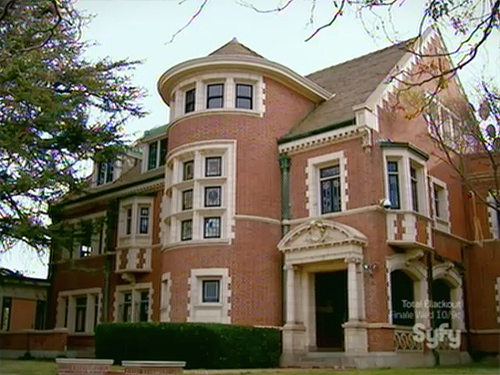 In this episode of Hollywood Treasure, Tracey and Joe meet with Brad Downs, a realtor who is selling the house used in the filming of the American Horror Story television show. The house was built in 1908 and is a historic monument as well as a Hollywood “collectible.”

Joe and Tracey tour the rooms of the house and Tracey is reluctant to go down to the basement, knowing what went on down there in the show. Profiles in History has never been involved in selling a piece of real estate in one of their auctions, so this is new territory for Joe. The house is probably worth $8-10 million, and Joe wants to sell it at auction, which is not the normal track for a home sale, unless the house is in foreclosure.

The owners of the house eventually decide against selling the house at auction, but Joe thinks thee might be something to that approach, so he asks Tracey to research other homes that were used in Hollywood films that he might put up for sale. Something tells me that we’re going to see some more real estate in later episodes.

So, what will happens to the show if the house does sell to new owners? Will they reproduce the rooms on a Hollywood soundstage? 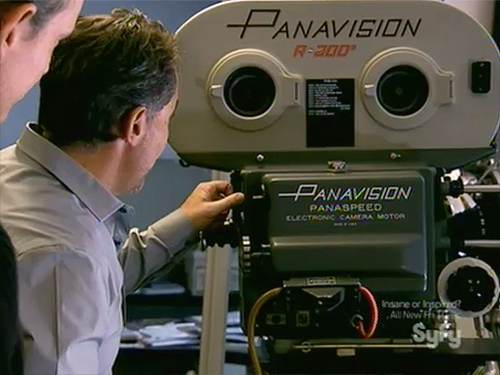 Back at the loft, Roy Wagner, a leading cinematographer, is called in to authenticate a rare camera that was brought in by Todd Fisher, Debbie Reynolds’ son, and Carrie’s (Princess Leia’s) brother. This is the Panavision camera that George Lucas used in the filming of the original Star Wars movie. Joe isn’t sure of the collectibility of a camera since it is used behind the scenes, while he usually focuses on props seen in the film. 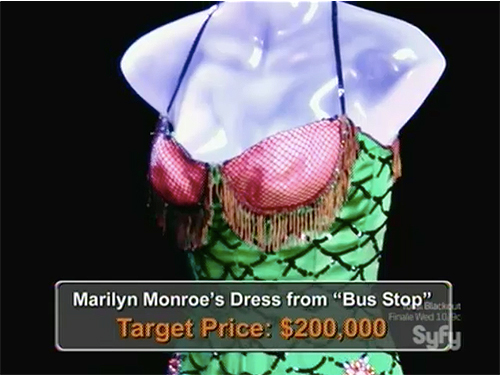 Todd is convinced that the camera is worth $100,000 and wants Joe to guarantee that price. To sweeten the pot, he offers up a dress worn by Marilyn Monroe in the 1956 movie, Bus Stop, which is enough to make Joe agree to the deal.

The action cuts to the auction at the Paley Center, where the bidding for the Marilyn Monroe dress starts at $100,000 and eventually reaches $230,000. The Star Wars camera bidding opens at $50,000, and after some tense moments without any bids, it soars to a whopping $520,000! At one point during the bidding, Brian leans over and whispers to Joe, “Don’t question Star Wars.” The final price of the camera breaks the auction record for a camera and the camera becomes the most expensive Star Wars item ever sold. 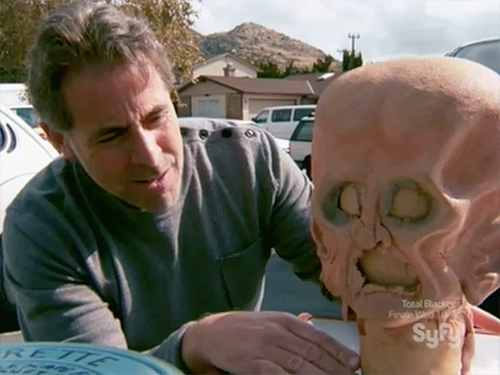 Joe and Brian visit David Dillon, who inherited the estate of legendary makeup artist, John Chambers. David has a garage full of items ranging from Planet of the Apes masks to Spock’s ears. Joe is particularly impressed with a 50-year-old latex mask from an episode of the Outer Limits, which is even creepier looking after sitting in a garage for a several decades. 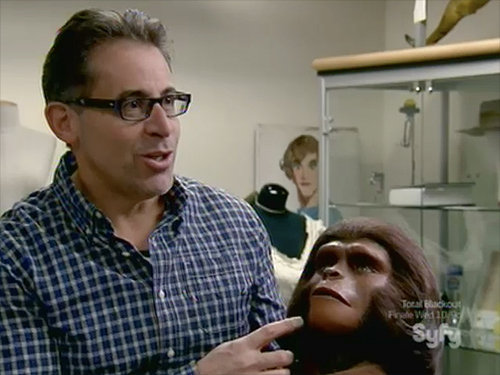 David has a few more items hiding in his house including an amazing Zira head from Planet of the Apes (I’ll take it!), and John Chambers’ personal makeup kits. David is reluctant to part with any of the items, but he needs the money to take care of some hefty medical bills incurred during his successful fight with cancer, so he agrees to sell most of the items.

Back at the Profiles Loft, Elijah Baughman, a prop collector, has some Lara Croft: Tomb Raider screen used prop guns that he wants to sell in order to buy some Xena props. I might question his choice in on-screen heroines, but to each his own! Apparently, “hero guns” are live-firing guns, and can’t be sold to collectors, so the next best thing is the stunt versions, which are made of rubber. Elijah has the stunt versions and thinks they are worth $6,000, but Joe offers him $2,000 in that strange “here’s a pile of cash” way they are employing this season. Joe convinces Elijah that he would do better at auction, so that’s what they do. 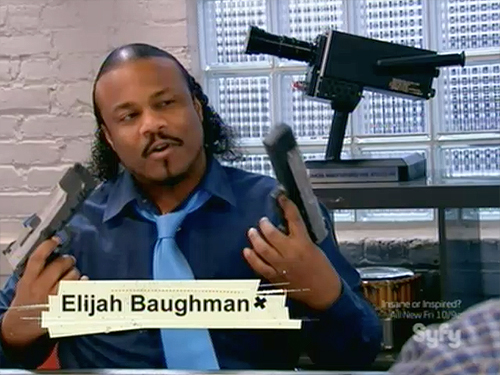 The show takes us the auction where the pistols sell for $5,000 and Elijah is giddy at the prospect of all the Xena props he can go out and buy.

The John Chambers items arrive at the Profiles loft for inspection, and Joe and Brian find a binder marked “confidential,” along with a briefcase that looks like a portable makeup kit from the 60’s. Joe thinks it might be a prop from Mission Impossible, so they meet with Danny Biederman who will hopefully be able to tell them what they have. It turns out that the makeup kit was actually used in the field by real-life CIA operatives! 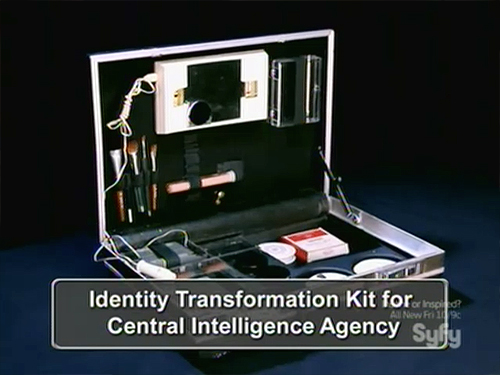 David Dillon has a goal of $30,000 and on the day of the auction, things start out a little too slow for his comfort. The Zira Head from Planet of the Apes sells for half of its estimate, at $4,750, and the other masks do just as poorly. But then the heavy hitters show up when the CIA transformation kit goes up for bid and sells for $20,000, and John Chambers’ personal makeup kits sell for $65,000!

One of the great things about watching Hollywood Treasure is that you never know what is going to turn up in a show, and this episode is no exception. From real estate to real life cloak and dagger items, Joe and his team are really shaking things loose in Hollywood so far this season, and it’s definitely a fun ride.