Did you feel that? A disturbance in the force of collecting, as if millions of collectors cried out with joy — Hake’s has released their latest auction catalog. Okay, maybe that’s a little melodramatic but I actually feel that way when a new Hake’s catalog is unveiled online. I feel as if collectors across the globe are simultaneously scrolling through the thousands of items, looking to see what gems Hake’s has up for sale this time around.

Hake’s Auction #214 is filled with precious pop culture gems that will appeal to any collector. Of course the Batman items are at the top of my list, but here are a few other beauties from the catalog…

I can’t think of a better way to display a Star Wars collection than on this R2-D2 store display shelf.

This 1960’s “Marvel Super Hero Express” train by Marx is a true holy grail for many Marvel collectors. This little engine could fetch over $2,000.00, so it may be just a bit out of my budget. 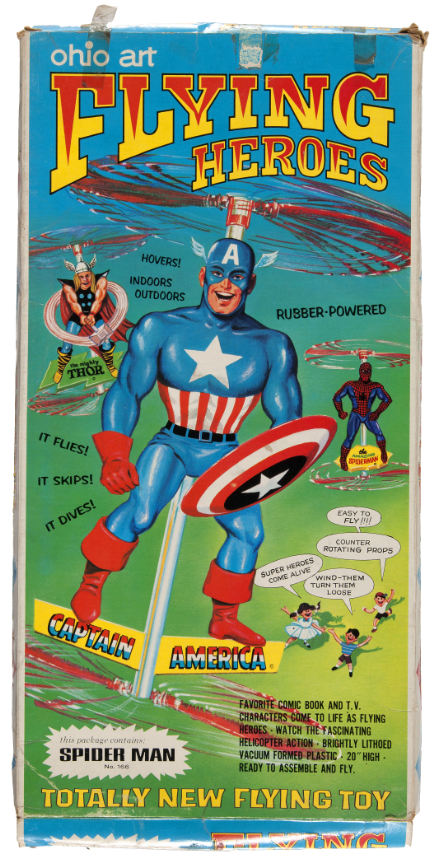 Speaking of Marvel toys, could the box art on this Ohio Art Flying Heroes propeller toy get any better?

You know I can’t do a Hake’s catalog overview without at least one “Holy” Batman euphemism, so here goes… “Holy mother of all Batman rarities!” This is a prototype Batman bagatelle game by Marx and is truly a one-of-a-kind item with hand-painted elements to show how the finished toy might have looked. The toy was never actually produced, which is a shame, because I would have played it ’til my fingers bled.

Okay, just one more Batman item. One of the most iconic Batman images appeared on the March 11, 1966 issue of Life Magazine, and here it is signed by 14 of the show’s stars. Holeeee.. 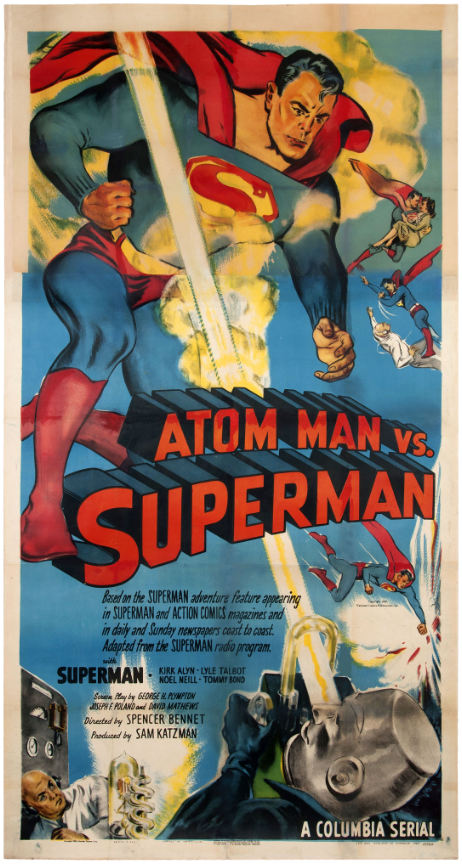 One day, I will turn my house into a museum, and I will need this enormous Atom Man vs. Superman poster to occupy an entire wall. It will go well with my giant King Kong poster. 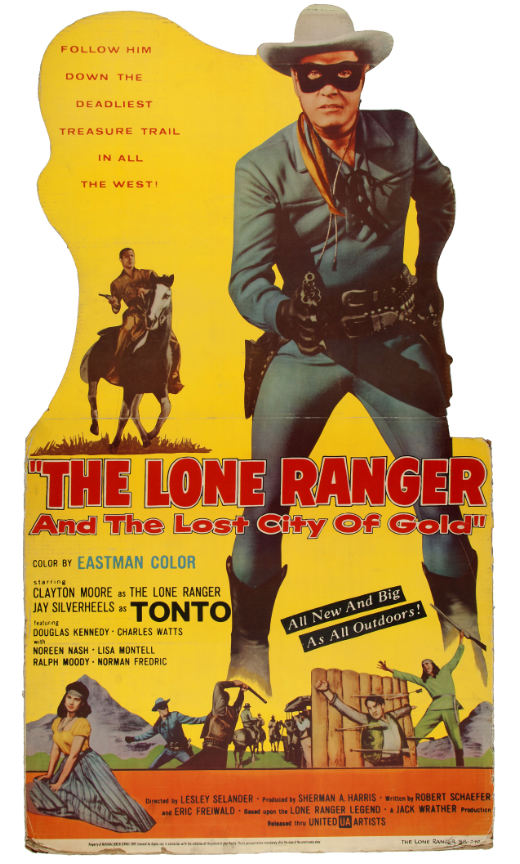 This Lone Ranger standee is incredible. Most movie theaters would have displayed the movie’s poster, but some used this six foot tall cardboard standee. Most of the standees were discarded, so finding one is near impossible. I want it.

The longer I collect things, the more and more I get interested in the truly rare items, and it doesn’t get much rarer than movie and television props. This Buck Rogers laser pistol “Hero” prop is so rough around the edges — it looks like something I could make in less than an hour in the shop — but it’s an iconic piece from one of my favorite childhood shows, and I would love to have it in my collection.

Like any 80’s kid, I enjoyed the movie, Labyrinth, and the special effects magic provided by Jim Henson’s Creature Shop. Owning a piece of the Henson archives would be a dream, and this axe/flag prop would look great hanging on the trophy wall, and you can bet I would dance around it while channeling my inner Goblin king — tights and all! (Now go scrub your eyeballs of that image.) 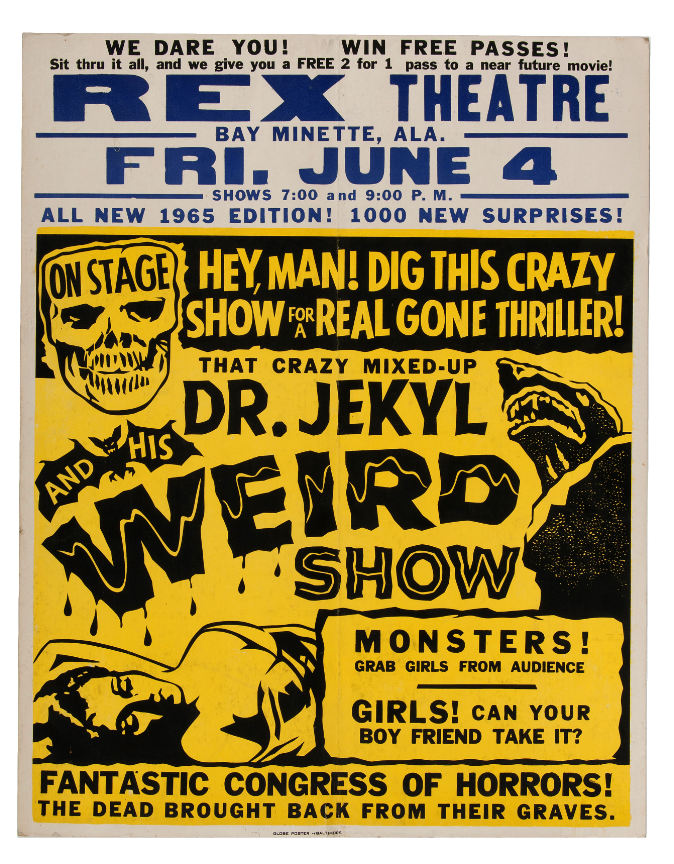 The graphic designer in me is always drawn to vintage broadsides and spook show posters. This Dr. Jekyl and his Weird Show poster has such great typography and is filled with fun — “Girls! Can your boy friend take it?” I’ll take it. 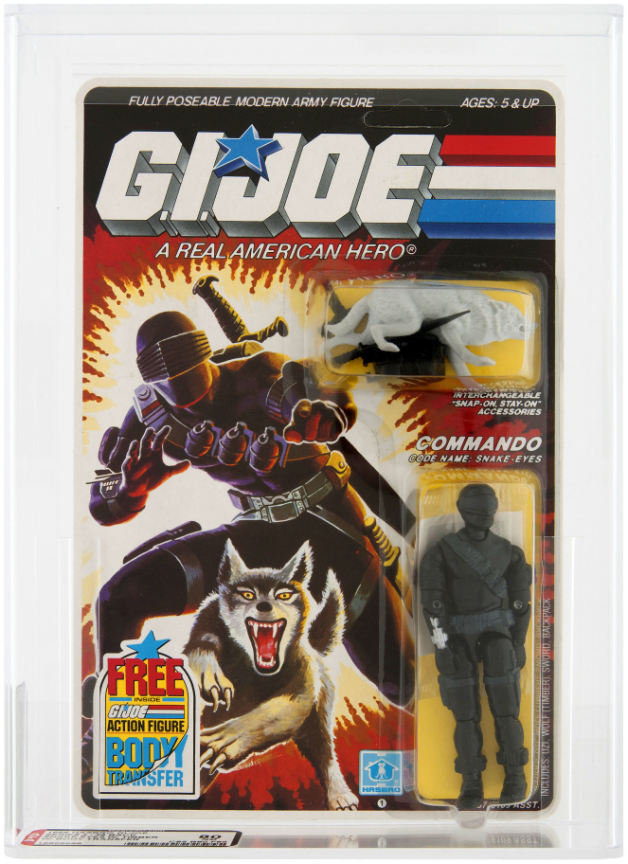 Childhood memories fade, but I can vividly recall the day I bought my Snake Eyes action figure at the PX on base in Seoul South Korea in the early 80’s. I had to make a Sophie’s choice between him and a Cobra trooper — I desperately wanted them both, and my mom relented and bought both, along with a VAMP jeep. It was a good day. This Snake Eyes action figure may be a later version, but it did a fine job of rekindling those memories for me. Snake Eyes was always my favorite.

Like I said, Hake’s has the goods. Check out all the other amazing items and let me know which ones caught your eye!