Back in 1988, kids got their first dose of Teenage Mutant Ninja Turtle toys in the form of action figures and vehicles. Based on the cartoon versions of the characters, the action figures were fairly basic and had minimal articulation, but provided tons of fun to children of the 80’s. Raphael was always my favorite, so I figured he would be the appropriate one to call out in this review. 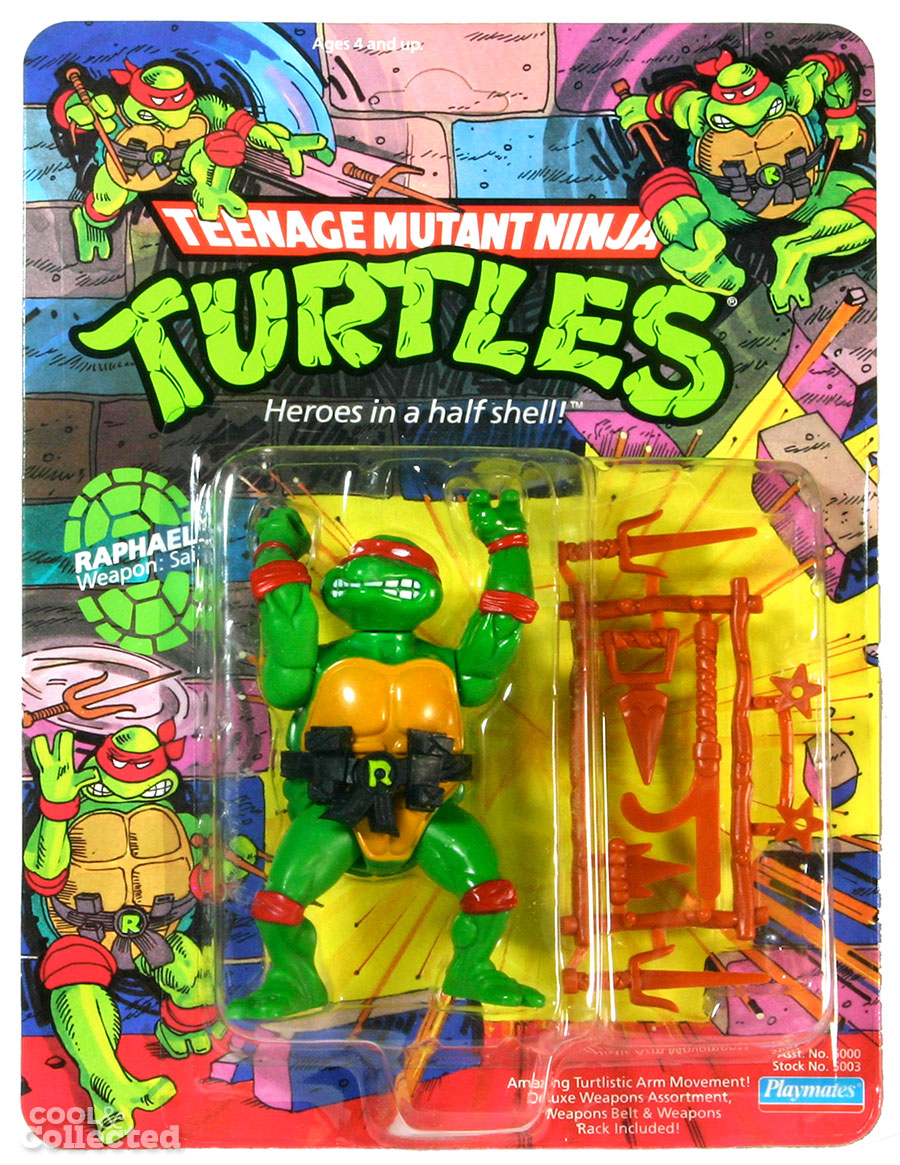 The very first iterations of the turtle figures had soft rubber heads, which were easier and less expensive to produce than hard plastic. Playmates wasn’t sure if this toy line would be successful, so they didn’t want to sink money into hard plastic heads right away. It’s hard to tell if a figure that is still sealed on its card is one with a soft head or not, but if you hold it up to the light just right, the soft rubber heads don’t reflect light as much as the plastic heads.

All four turtles came with weapon racks which included that character’s specialty weapon along with a few extra goodies. The figures also came with a rubber belt that could hold some of the weapons.

How can you not love the art on these original cards? It is so rudimentary, almost looking like rough concept art, rather than finished card art, especially when you compare it to other action figure cards of that time period, but that child-like quality  helped it to stand out from the crowd, and history has shown that these figures sold plenty. 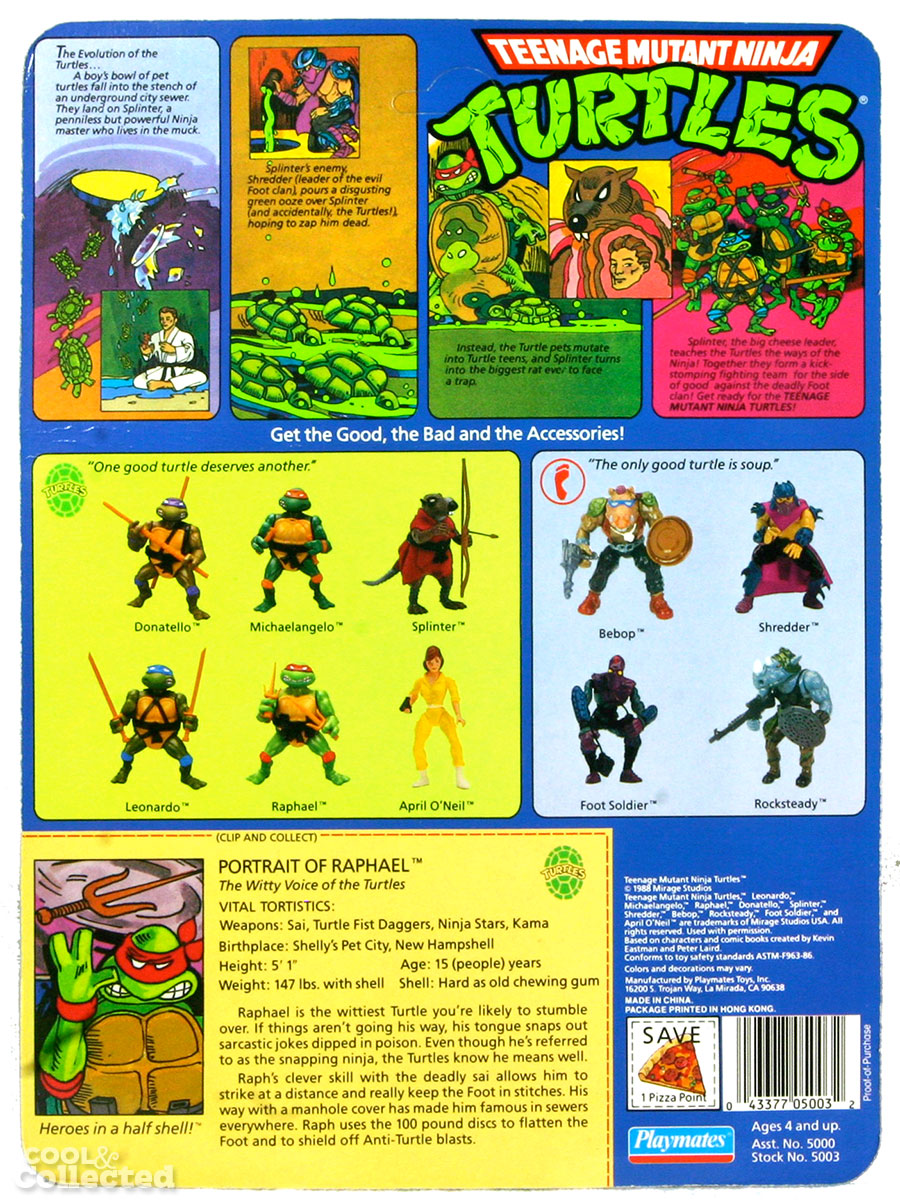 The back of the card shows the origin story of the Teenage Mutant Ninja Turtles in comic book form, above  images of the ten figures that were released in the initial wave. Like many other action figures of that era, there was a cutaway file card for the figure, describing the character’s “Tortistics.” And of course, there were “Pizza Points” that you could cut and save to mail away for special offers. 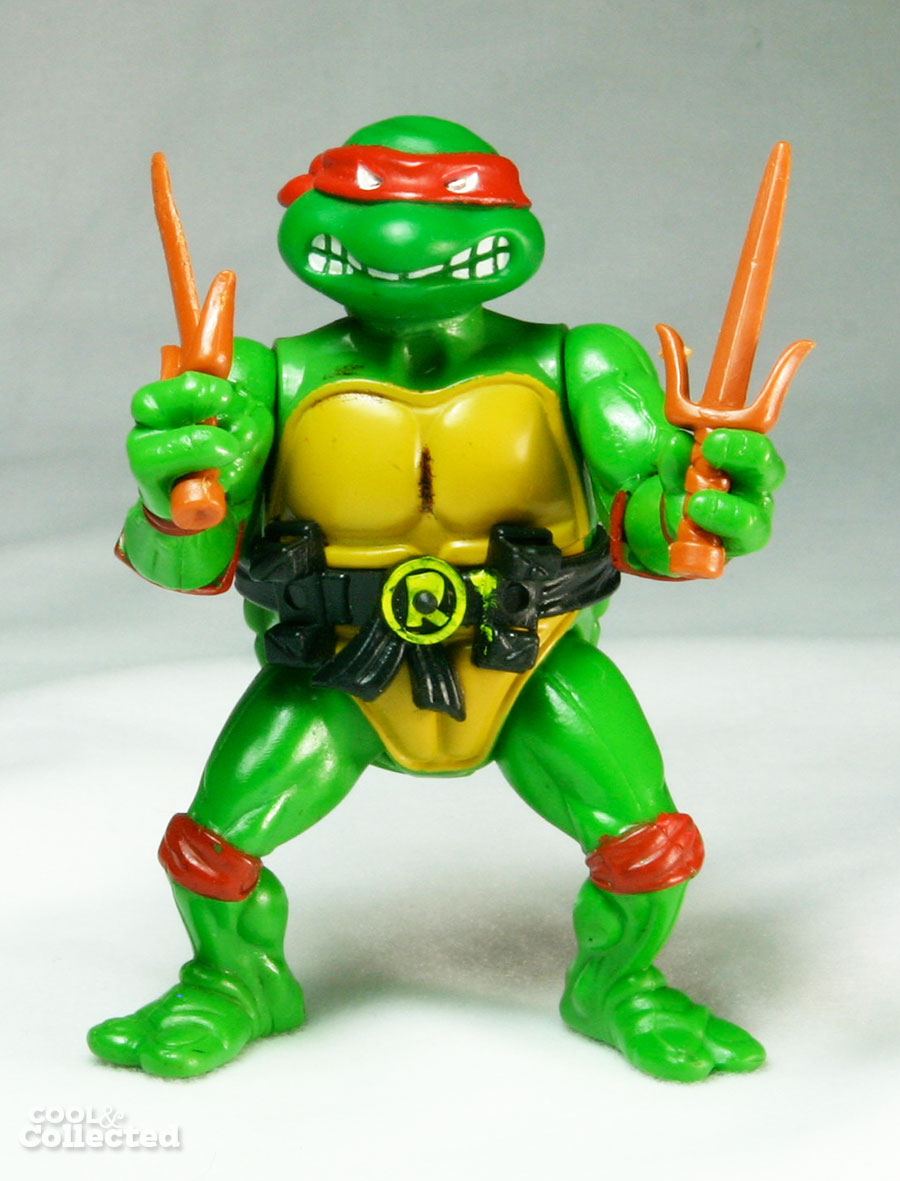 Th figure itself is pretty basic, but that’s not a detriment to the “fun quotient.” These figures could take a beating but it’s not uncommon to find them nowadays with missing legs, as the mechanism that held them in place eventually broke down. My biggest problem with these figures is the rubber belts. They’re made to be taken off and on, using a small pip to hold them together at the buckle, but getting these to work is not an easy task, and many times, that rubber pip just broke off making the belt no longer useable. 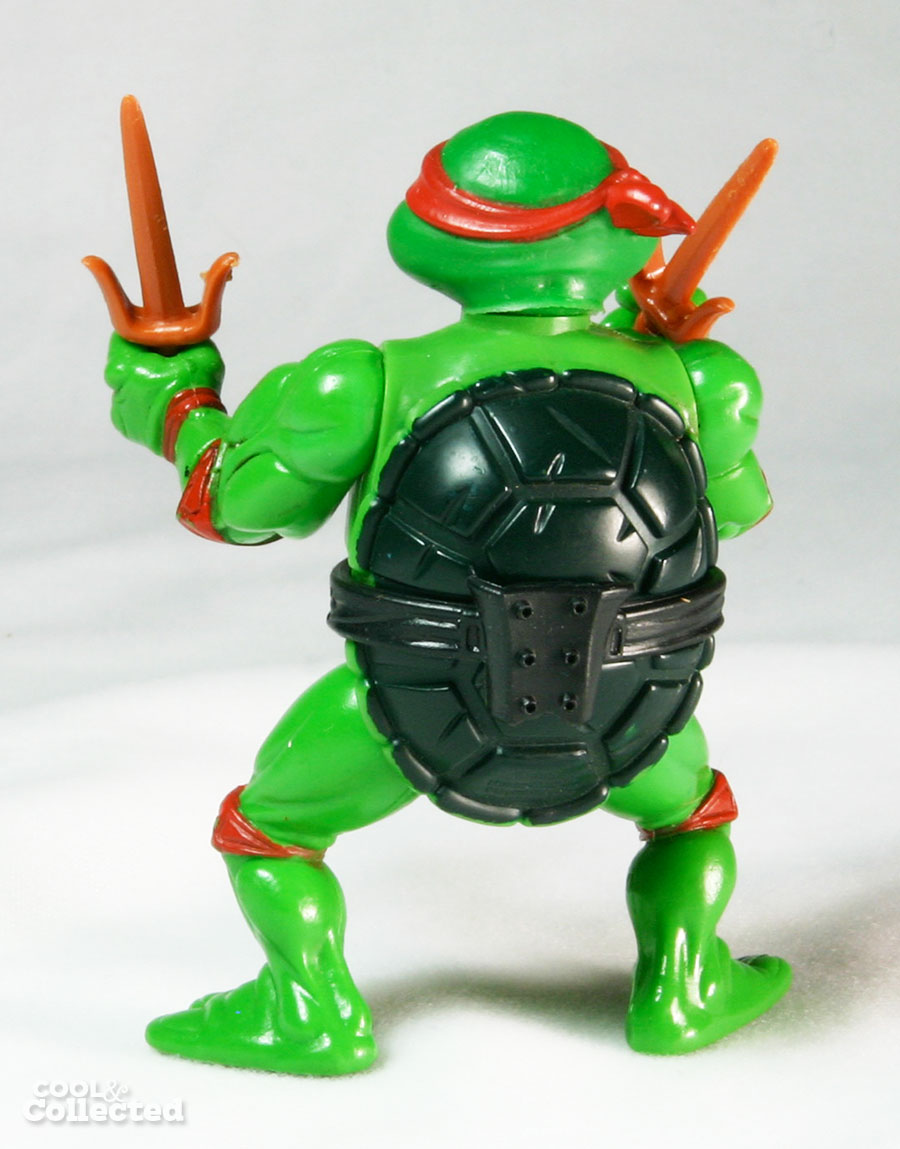 The back of the figure’s belt allows you to insert swords or other weapons, which is a fun feature — you never know what you might come up against in the next battle! 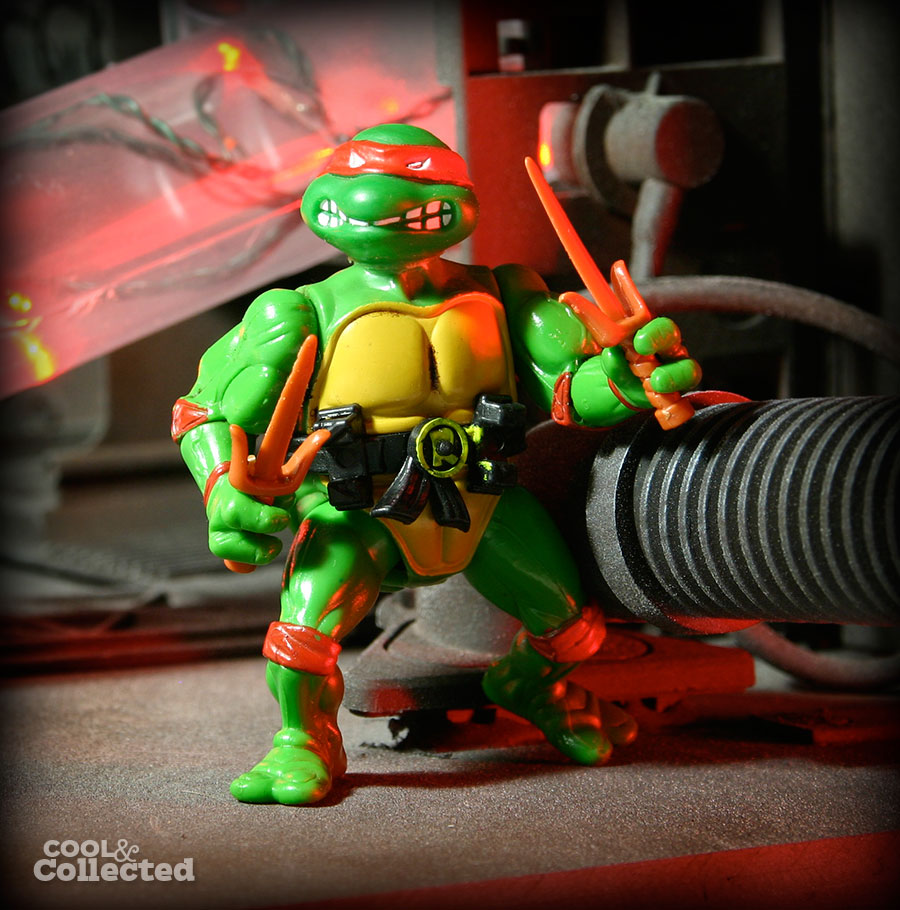 There have been numerous versions of the four Ninja Turtles produced since 1988, but for me, the original will always be my favorite.

This review is part of the 2013 Toy Review Advent Calendar, where a new toy is revealed and reviewed every day in December until Christmas!