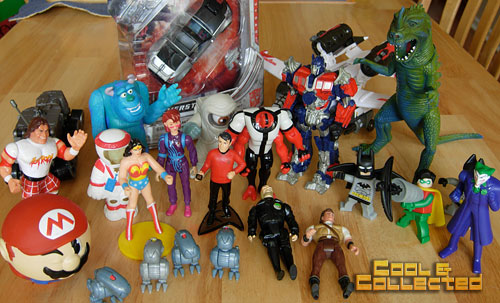 The yard sales were brutal this weekend! We started at a large church sale where I found a few action figures but kept seeing other guys walking around with huge bins of LEGO and old board games, which made me realize that we arrived too late. It opened at 8:00 and we were there at 8:10. Ten minutes makes all the difference in a flea market environment like that.

We didn’t stay long and decided to head out to some of the yard sales we flagged on Craigslist, making detours for any signs that we saw, “freestyling,” as the American Pickers would call it.

When all was said and done, I did manage to scrounge up a few fun toys, including vintage action figures from the Real Ghostbusters, Batman, and Kevin Costner’s Robin Hood. I have no idea what that eyeball figure is in the middle of the picture above, but it’s a Happy Meal toy that makes me really happy. The eyeball just jiggles around in the space helmet using some kind of black magic (probably magnets). 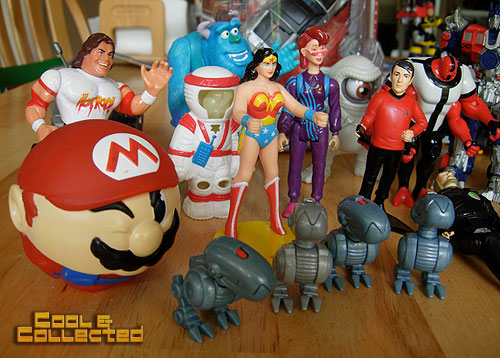 Another Happy Meal toy that’s new to me was this great Mario ball. I’ll always pick up Nintendo toys, especially Mario ones. There’s Wonder Woman without the plastic cup that she should be holding from Burger King. That Sully figure from Monsters, Inc. was found by my son, so he has claimed it for his own (proud papa), and who can resist a Rowdy Roddy Piper figure? Not me.

Someone was selling a giant box of newer Teenage Mutant Ninja Turtles vehicles, which are fairly worthless (and HUGE). I left the vehicles but I did buy a large ziploc bag filled with weapons and accessories, including those four Mousers, for fifty cents. Toy collectors love their accessories since those are the first items kids lose, and toy customizers also love to buy them, so I never pass up items like that. 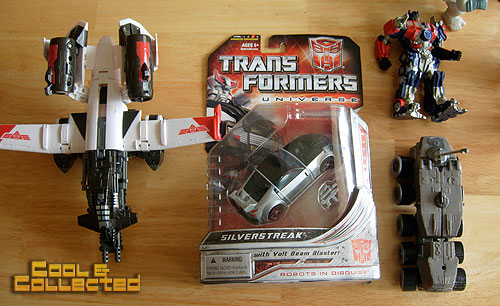 Like I said in previous posts, I’ve been finding a LOT of Transformers this year. Look at this bunch I got for $7. An unopened Silverstreak could probably sell for $25-30 on its own, so this was a no-brainer. I never understand people who sell brand new items at yard sales, but I do love them for it. Anyone want to identify the plane for me on the left? 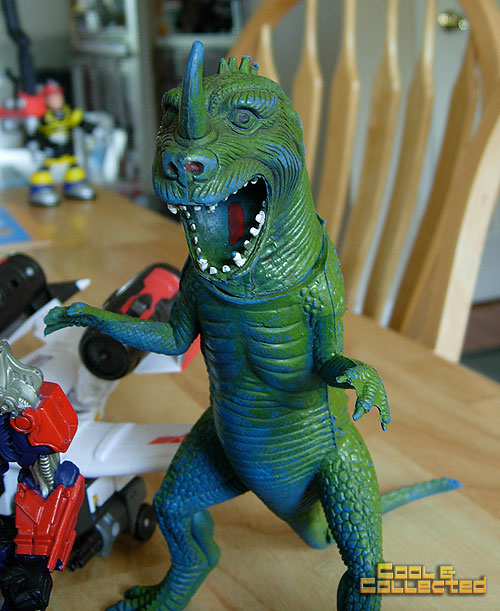 This guy is my favorite buy of the day. It’s always nice to get so much joy for 25 cents.

Next weekend is a holiday weekend, so I don’t have much faith in the yard sales but I might check out a flea market for the first time this year. So, did you find any treasures this weekend? Let’s hear it!