Alien Day was earlier this week, and I feel a little dated by posting this article a couple of days later, but what else was i going to post for “X?”

The Xenomorph is the cuddly “big bad” from the Alien movie series, who has a penchant for killing space marines and pretty much any other human who happens to cross its path. The wildly stylistic character comes from the awesomely twisted imagination of H.R. Giger, and is possibly the greatest character design to ever make it to the big screen. In the 30 years since the original Alien movie was released, a large number of Xenomorph toys and collectibles have been released, but none of them is as revered as this guy…

This is the 17″ tall Alien figure that Kenner released in 1977, only to later recall, due to it being deemed too scary for kids. The dome on its head and the spikes on its back are removable, so finding a complete one of these figures, especially one with its original box, is a challenge. The jaws open with a press of a trigger mechanism located on the back of its head, and a small set of jaws moves forward, just like the character in the movie. These jaws are usually found to be broken, making a mint version that much harder to find. 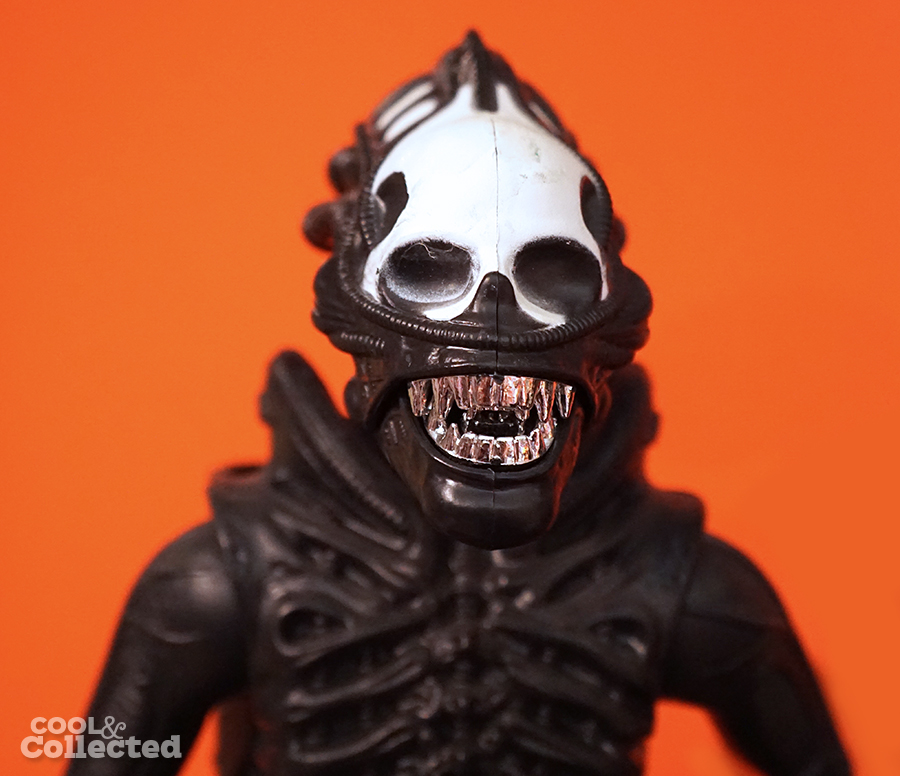 Lil Wayne would be jealous of the grill on this guy. 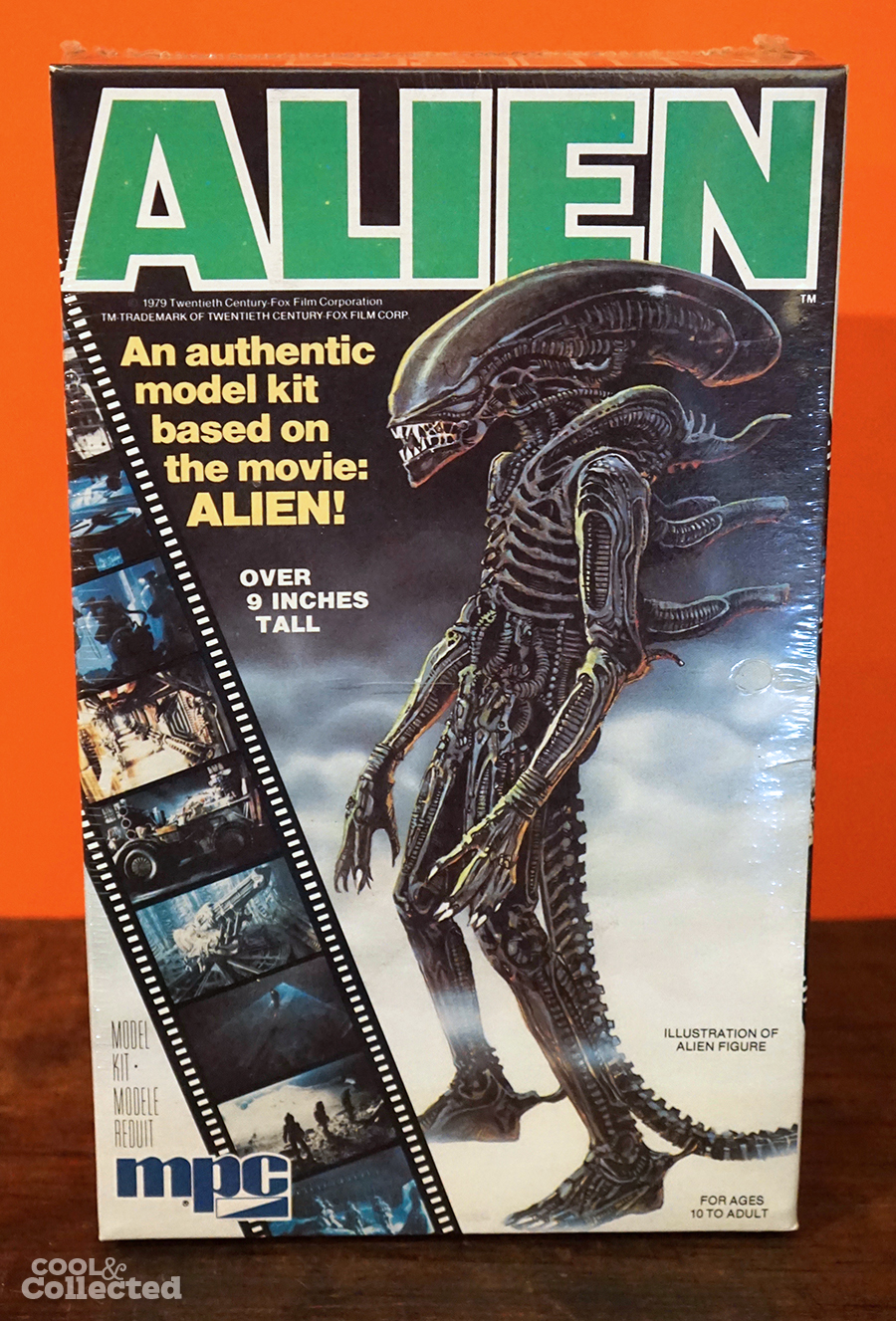 Here’s an Alien model kit from MPC. This kit is fairly common, so if you want a great piece of Alien memorabilia for your collection, and can’t find the Kenner figure, you can’t go wrong with this kit. 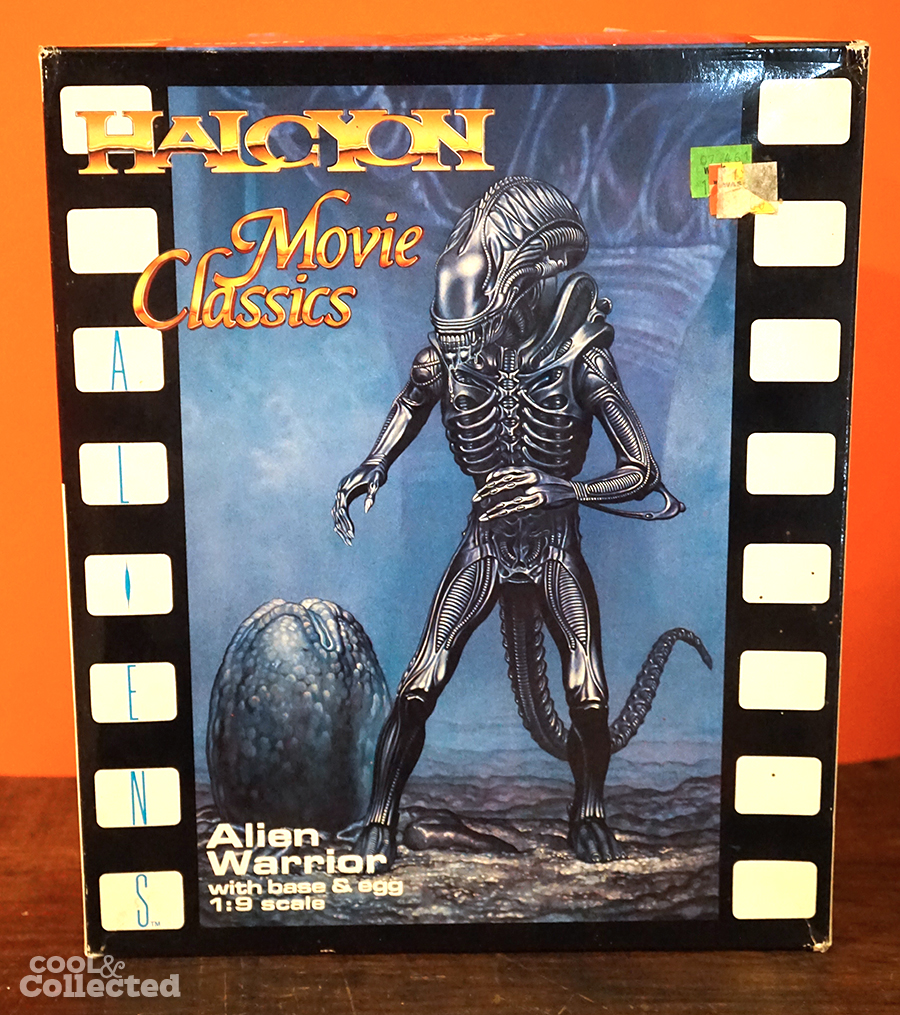 Halcyon put out a bunch of awesome Alien model kits. I have a couple of the Xenomorph kits — one of these days, maybe I’ll put them together, but until then, I’ll just sit back and enjoy their box art. 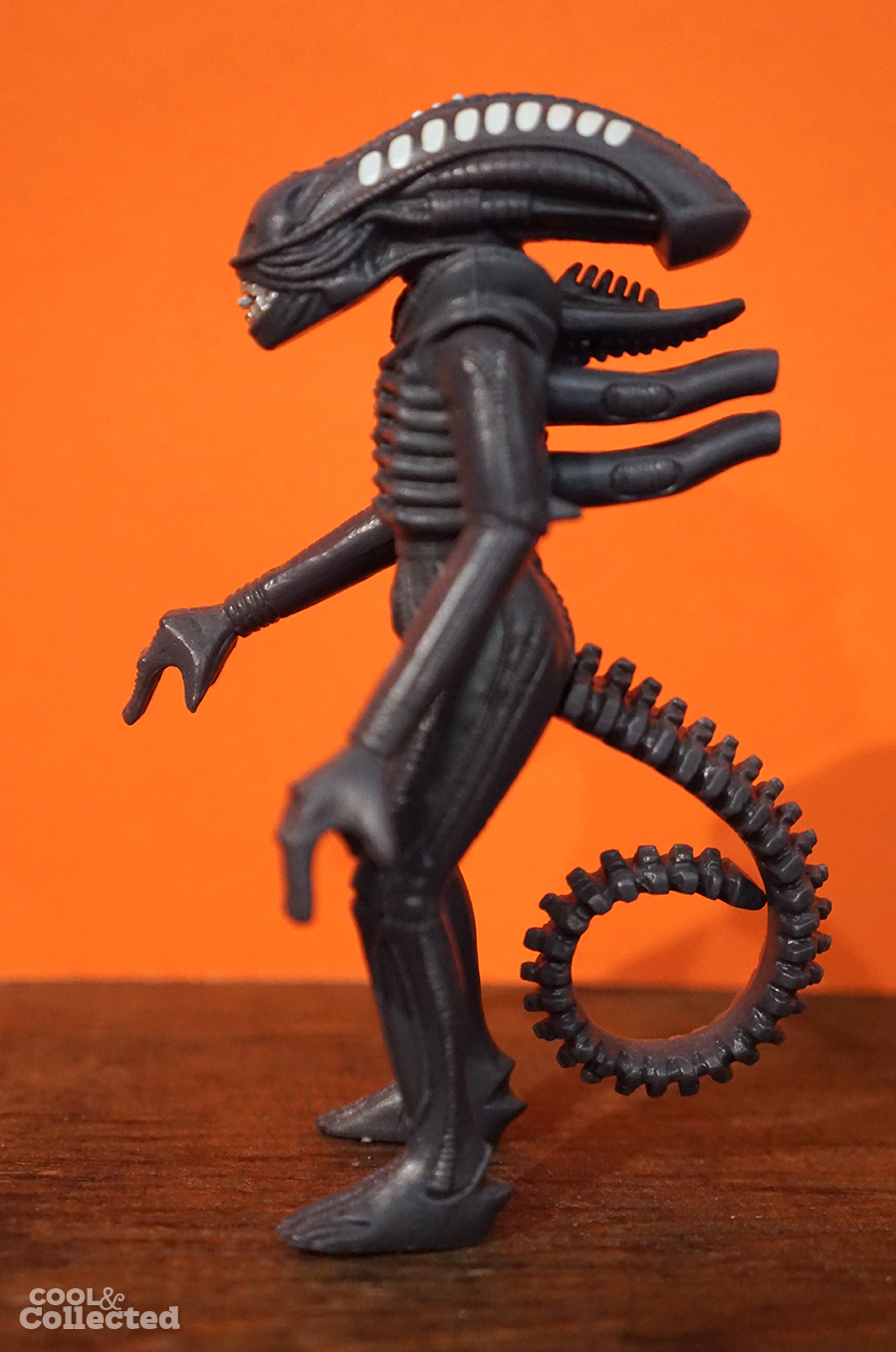 Back in 1977, Kenner planned to release a 3.75″ line of Alien figures to play alongside the Star Wars figures, but after the large figure got recalled, the company shelved those plans. Luckily for us, Super 7 resurrected the idea and released an awesome line of figures based on the original designs that Kenner created. Funko took over the product line and ran with it, producing face huggers, astronauts, and other figures from the movie as part of their ReAction line.

Neca has been releasing 7″ Xenomorph figures for a while now, and even made a massive Alien Queen, which needs to make it to my cave one of these days. It’s amazing what some collectors have been doing with their Alien displays, using the Neca figures, and it makes me sad that the Planet of the Apes line didn’t achieve the same amount of success. 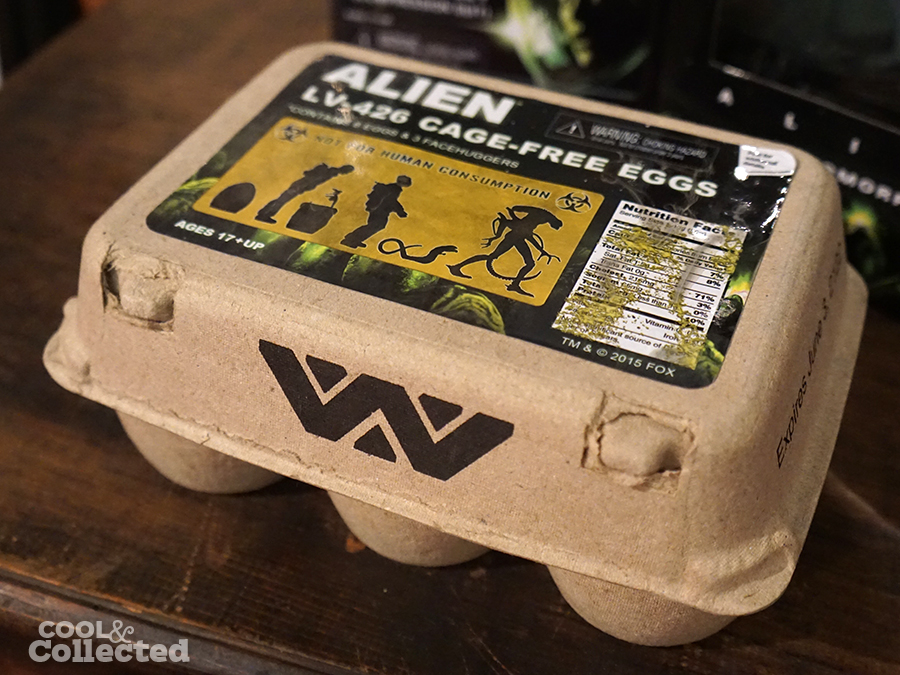 Neca went all out with their packaging design for the Xenomorph eggs. This is a package that every collector needs to add to their collection immediately!

The Xenomorph character is truly an icon, and after 30 years, the movie franchise is still insanely popular, and the legend behind this big chap is only growing.

Only two more days to go in the Blogging from A-to-Z Challenge. “Y” not tune in tomorrow and see what’s next?