I had some great luck with a Craigslist run yesterday. The ad was offering a King Zor for $25 and a 60’s viking ship. I’m not sure how many people know what King Zor is, and that certainly seemed to work in my favor! 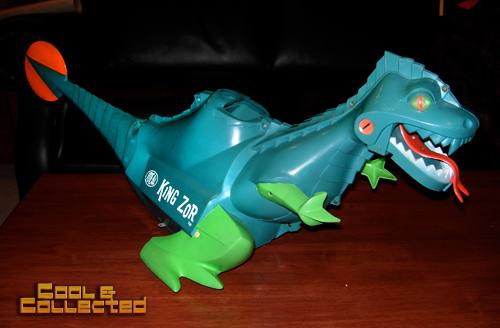 King Zor is a HUGE battery-operated toy produced in 1962 by Ideal. It originally came with a gun and suction darts, and when you shot its tail, it would spin around and shoot balls at you out of its back. When he rolled around and bumped into walls with his tongue, he promptly turned around and rolled in the other direction. This thing is awesome, and it will fit right in with my vintage space an monster toys.

The “viking ship” turned out to be a Remco Big Caesar motorized Roman warship. I had no idea what it was, but a 50-year old toy stamped with Remco on the bottom is probably a good bet for $25. This one is missing a ton of pieces but it would be a good starter project for someone. If you get a chance, check out youtube for videos of how both King Zor and this ship look when they’re in motion. They really are cool toys for their time.

After sealing the deal on the two items I went for, the seller asked me if I had any interest in trains. He pulled out a large bin that weighed at least 50 lbs. All I could see was a mess of dusty track and wires, but he told me that the trains were the ones he played with as a kid–the ones his grandfather used to own. I might not know anything about vintage Lionel trains, but I do know that a box of them for $50 is a good deal… 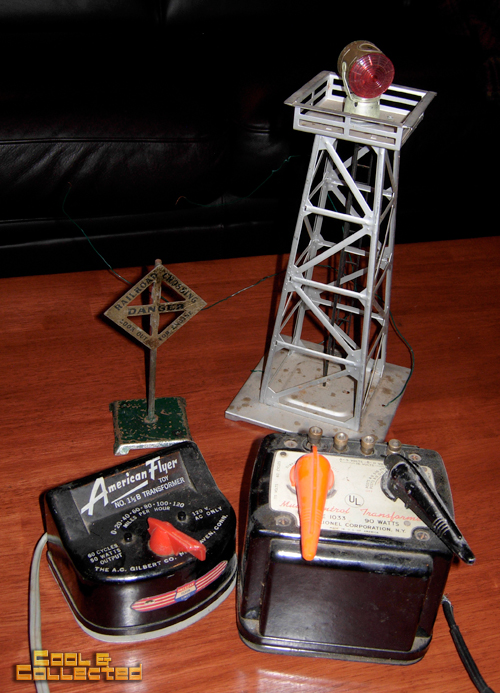 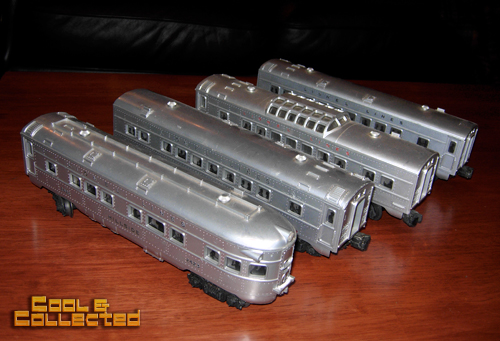 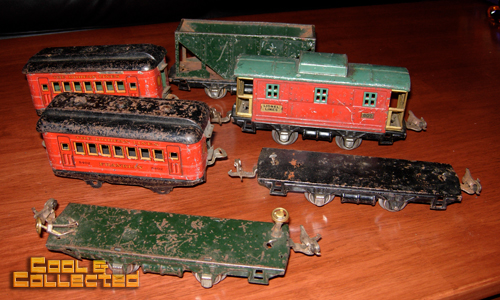 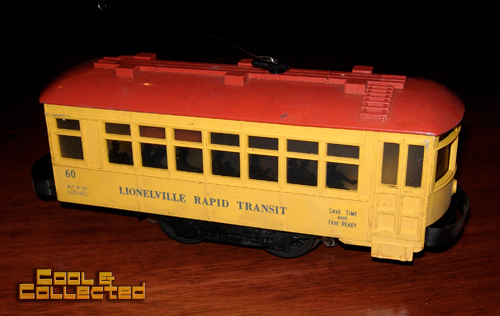 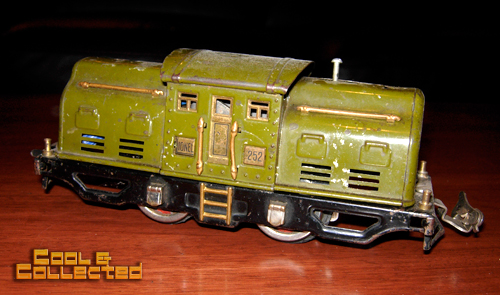 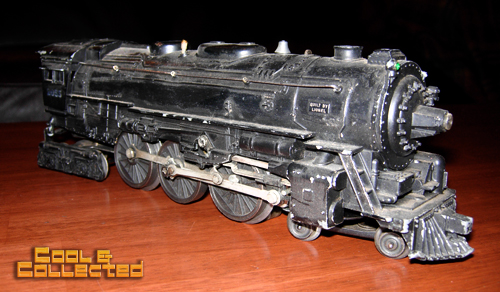 Along with the trains, there were over 70 pieces of track and a variety of scenery items. I figure the whole bin is possibly worth over $400. There are a few pieces that I’m going to hold on to, but the rest will find its way to a new home, so let me know if you’re interested! 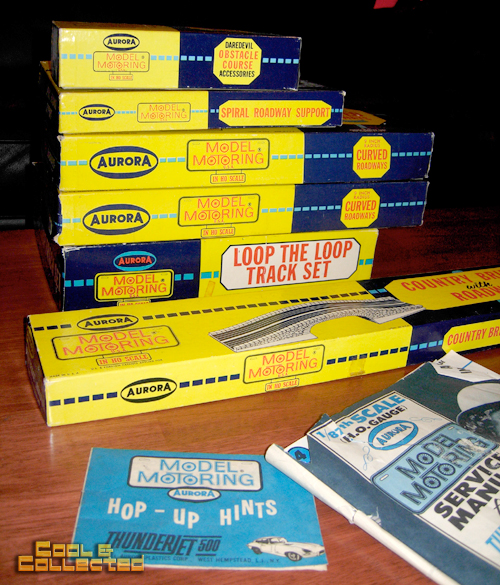 While loading the car with the trains, the seller asked me if I’d be interested in some old slot cars. Well…sure! He dragged another large box out of his garage, and again, it was filled with track, but this time it was slot car track. I know NOTHING about this stuff, but I saw all these boxes with Aurora logos on them, and figured the boxes had to be worth something. He asked for another $50 for the lot, and I didn’t hesitate. The boxes were filled with track, transformers, and about a dozen junkyard cars.

He then grabbed another box off the shelf and loaded it in the back of my car, saying the kids would like it. When I got home, I found that it was filled with an entire “new” Carrera slot car track. The boys and I are going to have some fun with that!

All in all, it was money well spent, and a great Craigslist score!