I haven’t written about Transformers in a while, and here we have the third article in a row! Like I mentioned in yesterday’s post, I visited the Smithsonian Air & Space Museum Annex over the weekend and was excited to see a Transformers exhibit front and center. The movie, Transformers: Revenge of the Fallen had a scene filmed in the museum, and it’s really pretty cool to walk through the museum after seeing the movie.

Text from the display’s descriptor card:

The Paramount/Dreamworks film Transformers: Revenge of the Fallen, now in theaters, was filmed in part at the Udvar-Hazy Center. It features the Lockheed SR-71 Blackbird as Jetfire, a wise, elderly, former Decepticon (an evil Transformer) turned Autobot (a good Transformer). This exhibit case includes historic Transformers toys, aviation- and Jetfire-related characters, and props used in the film.

Here’s a picture of the “real” SR-71 Blackbird. This thing is so freaking awesome: 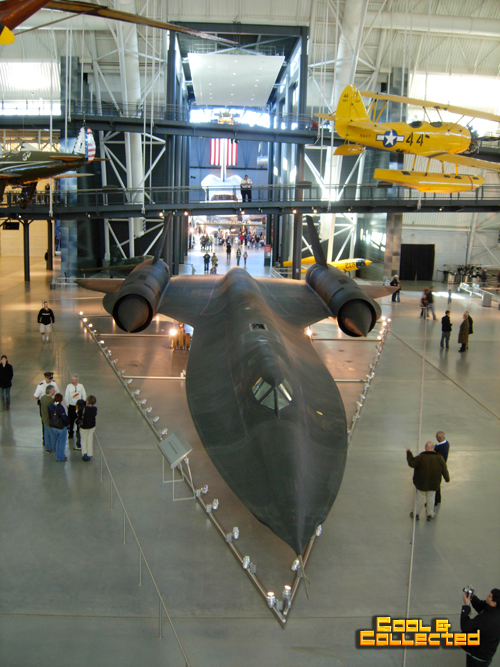 Some guy actually filmed the video that is shown on a flat screen at the exhibit, which (roughly) captures how it all came together…

If you’re ever in the Washington, DC, make the trip out to Dulles, Virginia and visit the Air & Space Museum Annex. It is massive, and filled with aeronautical treasures such as the USS Enterprise space shuttle, the Enola Gay, the Concorde, the SR-71 Blackbird — and you might even see a few Transformers!