Jordan is in Austin, Texas, and his first stop is Wonko’s, a shop that sells new and vintage toys. The shop’s owner, Eric, takes Jordan to the infamous “back room” which has shelves filled with toys. It doesn’t take long before Jordan buys something–a Canadian 1985 Darkseid Destroyer

, and states that he has never seen one out of the box <insert record scratch sound effect here>. Whaaa? He goes on to say he’s only sold ones that are sealed in their original boxes, and that playsets are highly collectible, with some commanding up to $500 dollars. He isn’t interested in buying Snake Mountain, but he is happy to get a pair of 12″ Battle of the Planets figures

. Those figures are so iconic of that era, Id love to have a set on my shelf. These were not in the greatest condition, so Jordan is able to haggle his way down to $100 for the set.

The next stop has Jordan visiting his friend, Rebecca, who has a house full of Barbies, Care Bears, Cabbage Patch Kids, and stuffed animals. Not much to see here folks, move along. Oh fine, I’ll tell you more… 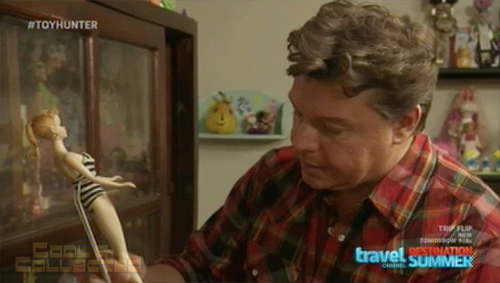 Rebecca doesn’t have much that interests Jordan until she brings out the big guns–a #1 Barbie. (I’ve learned way more than I want to know about the #1 Barbie this week.) Rebecca asks $3,200 for it, but agrees to sell it to Jordan for $2,900. 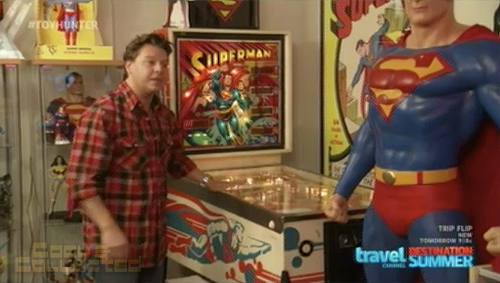 Jordan’s last stop was one that literally had me on the edge of my seat so I could get a better look at everything on the screen. Tim is a Superman collector. Now, I call myself a Superman collector, but guys like Tim make me feel a tad inadequate. His collection is impressive and not just in quantity but also in the quality of the items–Tim has the good stuff. Everywhere you look, there is a Superman collectible ranging from a pinball machine to a screen-used cape from Superman II! 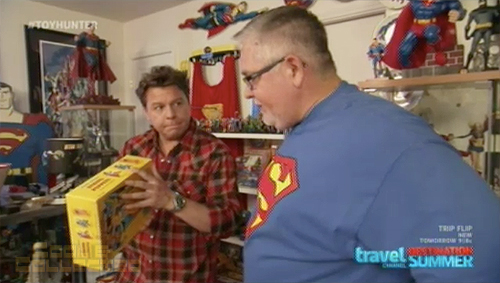 Jordan is interested in a 1977 Superman string puppet that is in its original box and in excellent condition. Tim wants $500 for it, but Jordan gets him down to $350. Again, this price seemed awfully steep to me. Among all the Superman items, Jordan finds a Comic Action Heroes Batman figure that looks like it’s fresh off the peg, and is able to buy it for $115.

At the end of this episode, we actually get to see Jordan sell the items at an auction in New Jersey. It doesn’t seem like he does all that well–the Darkseid Destroyer sells for $80, and the Superman string puppet sells for $300. The saving grace is the #1 Barbie, which sells for $3,500.

All in all, there weren’t too many treasures on this episode, until Tim showed up with his Super collection and saved the day, but any show that features vintage toys is definitely fun to watch!