Toy Hunter’s Jordan Hembrough is searching for toys in Florida with his good friend, Steve. Their first stop is at the home of Shirley, who has been collecting toys for 45 years.

Now, here’s a site we don’t often see on shows like this… 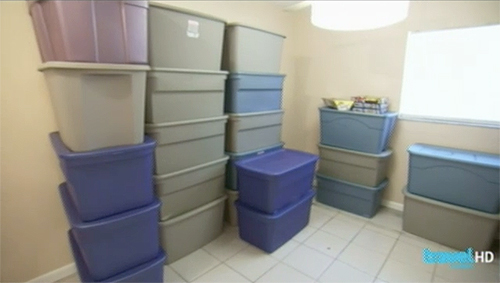 I had no idea that toy collectors could be so neat and organized! Shirley must have cleaned up the place when she heard the camera crews were on there way. She has 25 bins filled with toys from the 70’s.

The first toy to catch Jordan’s eye is a boxed Sesame Street Talking Count pull string toy made by Knickerbocker. Unfortunately, the plastic has degraded and the voice mechanism no longer works, but Jordan still buys it for $20. 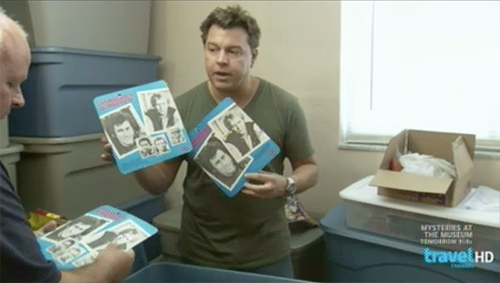 This episode was billed as a Mego extravaganza, and the first vintage Mego toys unearthed are Starsky and Hutch figures, still on their cards. Shirley has a complete set of all five figures, and Jordan contributes to Shirley’s retirement fund, and buys them all for $175. 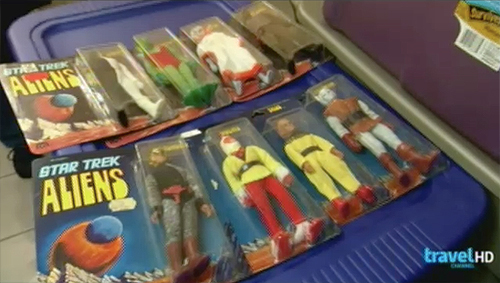 Jordan and Steve move on to their next stop. Kevin is a toy collector with a dream job — he photographs toys and sells them on eBay! He runs a website called Toy Album, which got a hefty dose of advertising on the show, which is probably why he agreed to sell Jordan the original six Mego Star Trek figures from 1974 for $250. 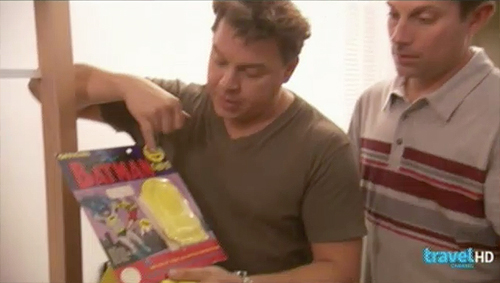 Kevin also sold this cool Batman 1966 Parachute toy for $25. The toy was removed from the package, but I would have absolutely snatched that thing out of Jordan’s hands if I was in the room. 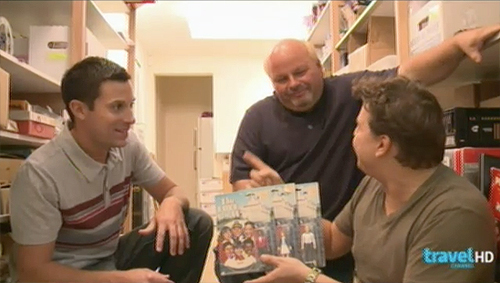 The last bit of Mego love came from the sea, in the form of Love Boat action figures. So stupid. So great. Jordan bought a complete set of six figures for $40. (He overpaid.)  😉 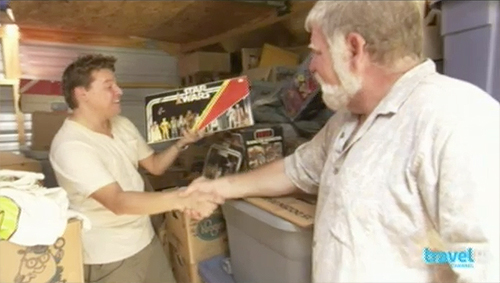 Florida tapped out, so Jordan headed to Edyville, Illinois to meet a Star Wars collector named Bill. In his backyard shed, Bill has plenty of bins for Jordan to sift through. He buys a Rancor monster from Return of the Jedi for $40, and nine Kenner diecast vehicles from the 70’s for $125. Bill had asked for $100, but Jordan raised his price because they were worth more!

Jordan also buys two Kenner Star Wars crank handle movie viewers for $20 before finding the score of the day– an original Star Wars fan club early bird cardboard announcement — and Bill has two of them! The Early Bird set is considered to be the first Star Wars toy ever made. Bill has one that is still in the original shrinkwrap and offers to sell it for $200. Jordan shakes his hand and say he will pay him $500 for it!

this was another fun episode of Toy Hunter and we got to see some great toys. I just wish they had spent more time at the Toy Album place–that guy had some toys!