This episode of Toy Hunter has Jordan Hembrough hunting for treasure in Cincinatti, Ohio, which is a potential goldmine since it is the home of Kenner. He visits Ed, who was a toy designer for Kenner, and has an attic full of toys.

The first box that catches Jordan’s eye is filled with Bill & Ted’s Excellent Adventure action figures and prototypes. He buys the whole box for $600. 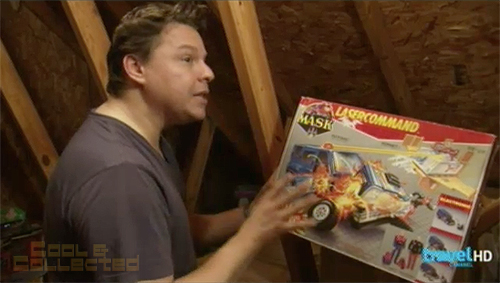 Next up is a box of M.A.S.K. vehicles. Ed was a designer who helped create the Laser Command toys and he has held onto one boxed set, which he lets go for $70.

There’s one more box of toys that Jordan is understandably excited to find. This one is packed with Jurassic Park dinosaur toy prototypes and packaging samples. Ed hopes that Jordan will pay $600 for the box since the toys are one-of-a-kind, but Jordan chuckles a little and offers up a whopping $2,000! 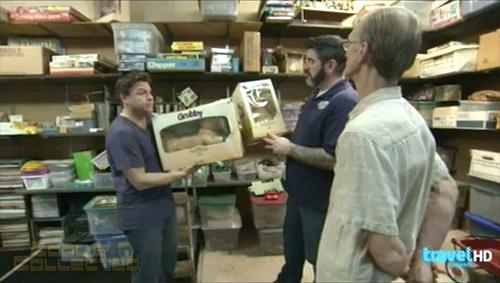 Jordan picks up his pal, Rob, and the two of them go to visit Don, who has a barn full of toys. (Editor’s Note: If Don or any other collectors have a toy stash like this and would welcome a really nice guy to come and buy their stuff for low prices, look me up. Seriously. Picking through a place like this would be a dream!)

Rob and Jordan find Teddy Ruxpin and Grubby talking dolls that are still in their original boxes, and buy the pair for $40, which is a great price. 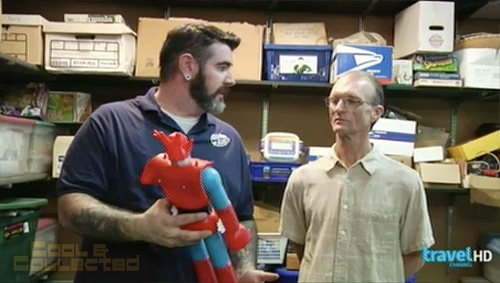 Rob buys a Shogun Warrior Dragun for $10! This figure typically sells for $50-100 on eBay, so I started to fear that Don was getting a raw deal, but maybe the toy was in rough shape.

Jordan buys a 1977 Lord of the Rings Ralph Bakshi board game for $20 (I WANT that game!), a pair of Battlestar Galactica spaceships for $15, and a MIB Police Woman doll and handcuff set for $20. 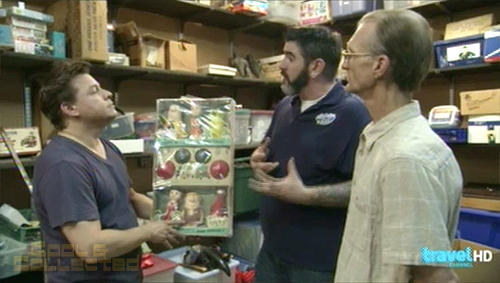 Don has some really great items in his barn, and many of them are unopened and in excellent condition. The last item Jordan buys is a vintage Flintstones Pitch and Bowl game from the 1960’s for $200. I’m not a huge Flintstones fan, but that set is pretty cool.

I’ll quickly gloss over Jordan’s next stop due to the fact that it is filled with plush toys and girly stuff (it’s my blog, I’ll do what i want!). Kim is a toy designer and sells Jordan some Care Bears and Strawberry Shortcake figures. Moving on… 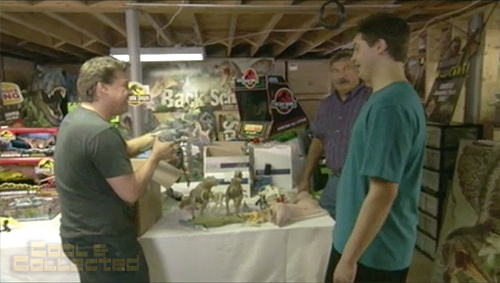 Jordan takes his Jurassic Park prototypes to Ken and his son, who have amassed an awesome collection of Jurassic Park items. I’m a sucker for a good collection, and this father and son duo have an impressive collection. They buy the box of prototypes for $6,000 and I can’t imagine a better place for those toys to end up.