This episode of Toy Hunter has show host, Jordan Hembrough, on the hunt for toys he can sell at the upcoming Chiller Theater Expo convention. He teams up with his friend Steve and the two of them visit a warehouse in Paramus, New Jersey that is owned by a guy named John, who sells American pop culture. As I’ve stated in previous recaps–where are these places? Do they really exist?

John sells Jordan a nightmare-inducing Chucky doll from the Child’s Play movie franchise for $25. For another $75, Jordan buys a vintage Green Ghost game–an amazing 3-D board game with parts that glow in the dark. 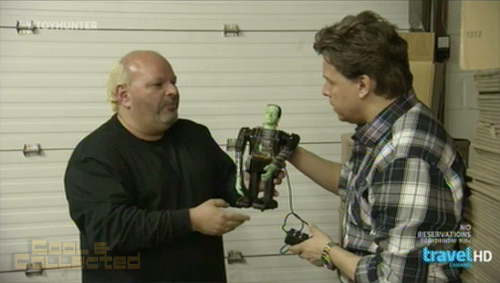 John shows Jordan a rare Frankenstein battery-operated robot toy made by Marx in 1963. The robot is supposed to move in four different ways, but only two of those functions still work. That doesn’t stop Jordan from buying it for $250. 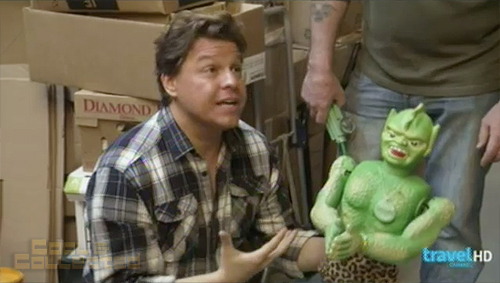 On the way out the door, Jordan spots a Marx Great Garloo in the box–a toy that is the holiest of holy grails for many collectors. It still works and bends over to pick up small objects. John wants $800 for it and eventually goes as low as $500, but that price is still too steep for Jordan, so he leaves it behind. 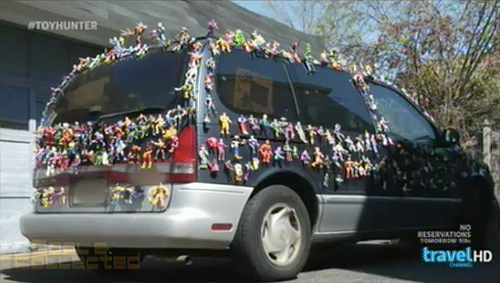 Jordan and Steve head to Teaneck, New Jersey, to visit a collector named Jeff. Sitting outside of Jeff’s garage is his minivan that has action figures glued all over it. I’m not sure if that’s the best thing or worst thing ever. His garage is filled with toys that he normally sells at flea markets. He has some awesome vintage toys, including a Phantom Flashy Flickers projector toy in the box which Jordan buys for $50. Jordan also buys a 1977 battery-operated Robot from Lost in Space for $160. 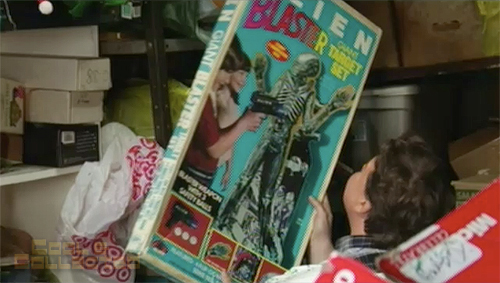 My favorite find of the episode was an Alien Blaster game from the 70’s. This is a huge, heavy cardboard target game that you shoot with a ping pong ball gun. Jeff paid over $200 for this game 20 years ago, and he agrees to sell it to Jordan for $300. 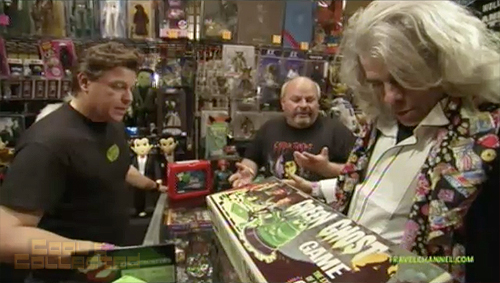 Now that he has stocked up on toys, Jordan heads to his booth at the Chiller Theater Expo in Parsippany. The toys fly off the shelves to some fairly eccentric folks–Chucky sells for $50, the Phantom Flashy Flickers sell for $75, and the Lost in Space Robot sells for $375. And finally, the Green Ghost game sells for $100 to a guy who also buys the Marx Frankenstein for $500.

This episode had some really great vintage toy finds. I would gladly have bought just about everything Jordan found!