The clouds parted and that great yellow orb in the sky finally showed itself once again this weekend, and it couldn’t have come at a better time, since several nearby neighborhoods were having their community yard sales. I had bit of success… 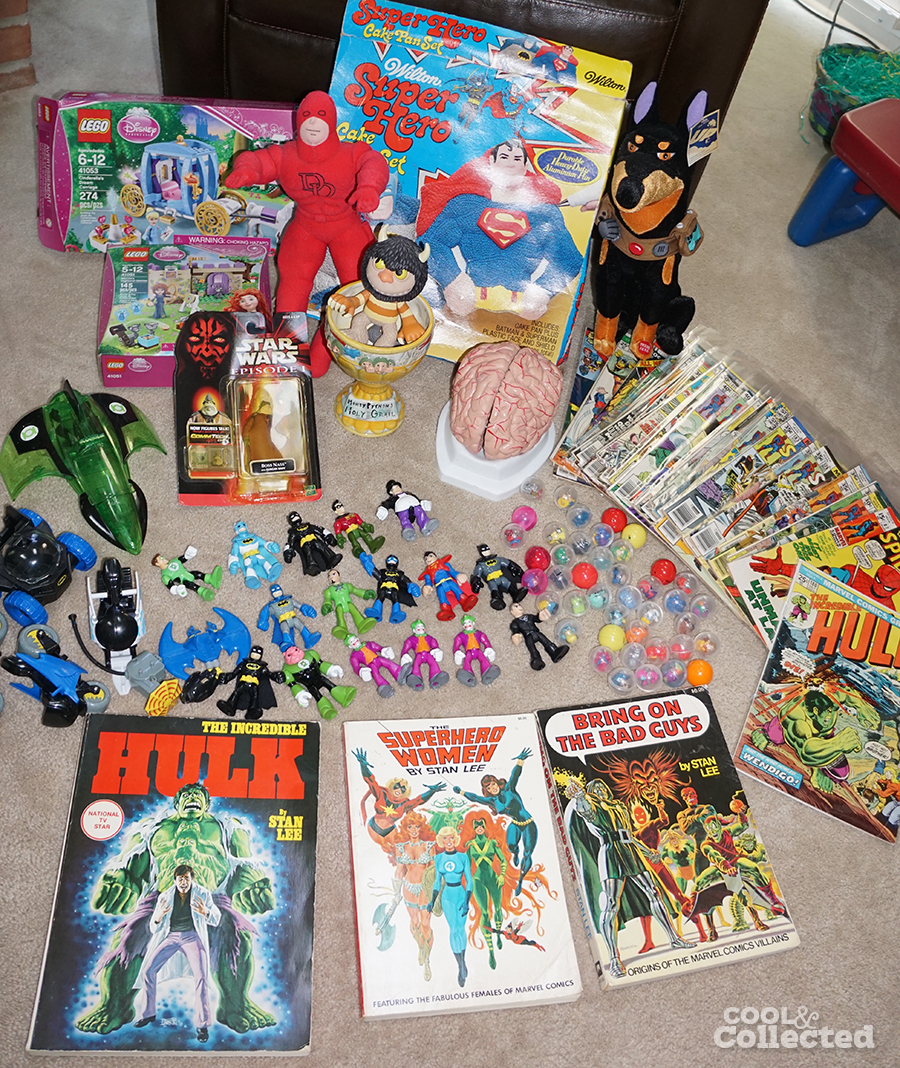 I found some fun items at the sales this weekend, including LEGO sets — one still sealed — for a dollar each, an unopened Star Wars figure, and a plush dog from Up!, which just happens to look exactly like our family dog — and that’s just the beginning! 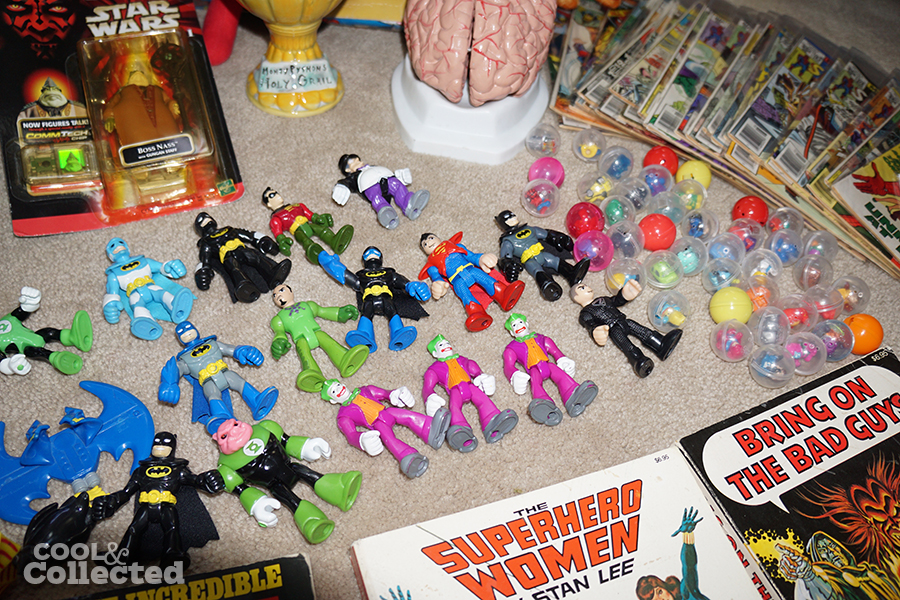 I expect to find plenty of Imaginext toys at the yard sales this summer. I left behind all the play sets, because I just don’t have the space for them, but I scooped up all these figures for a buck. I also got a collection of Marvel and Pixar Cars Squinkies for another dollar. 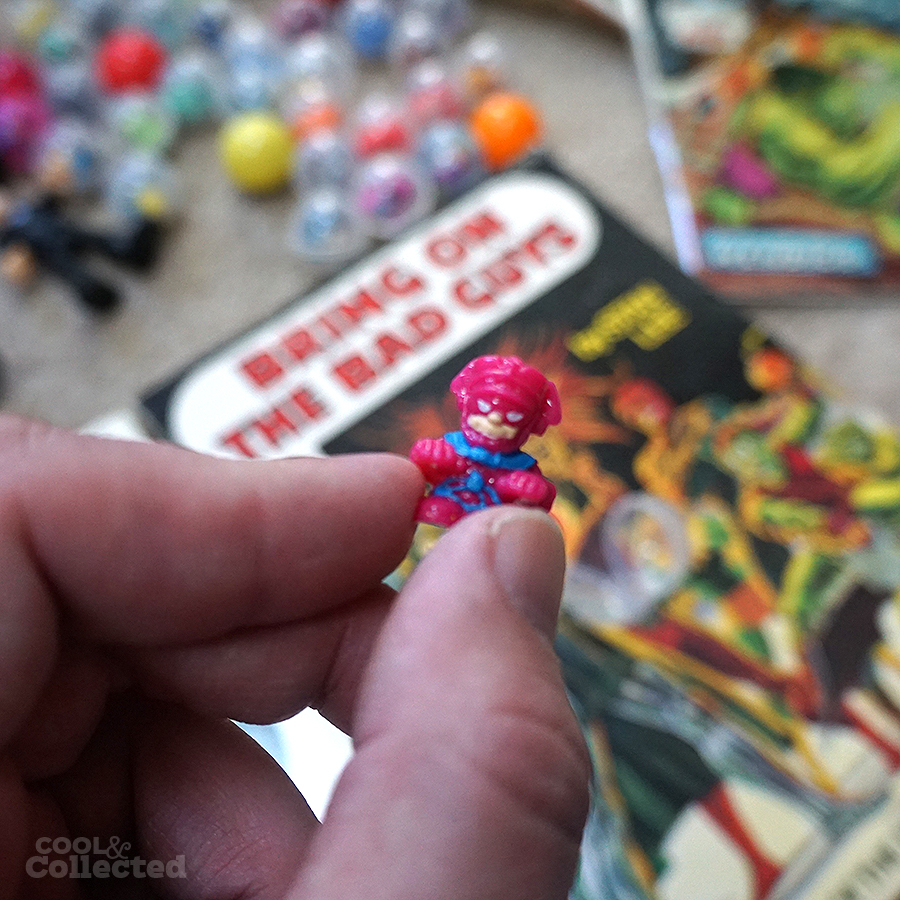 There’s something very satisfying about holding a teeny tiny world eater in your fingertips. 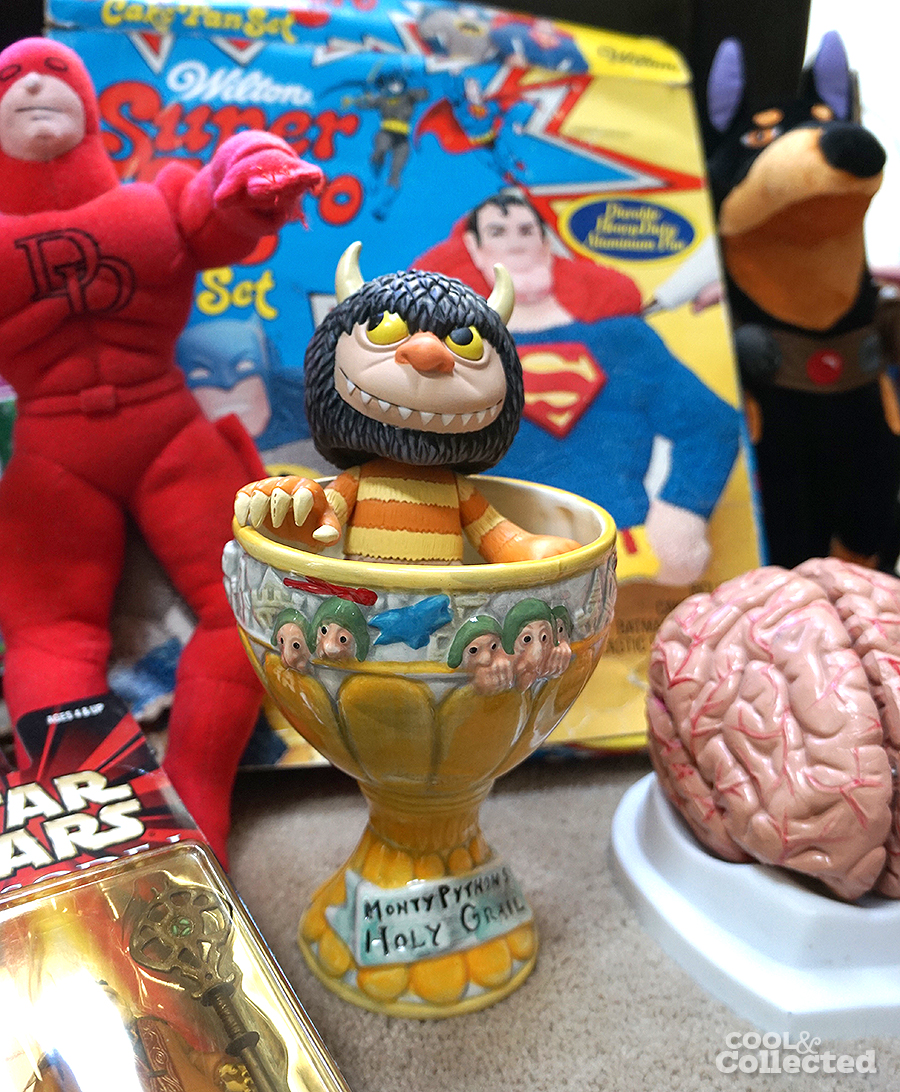 I’m always looking for a holy grail for my collection, and I actually found one this weekend! Possibly the best 25 cents I’ve spent in a while, though the anatomical brain for another quarter was also a pretty good buy. The Where the Wild Things Are figure is the first Funko Pop! I’ve found at a yard sale, but I think that Pops! will start cropping up soon, and will be yard sale fodder for years to come. 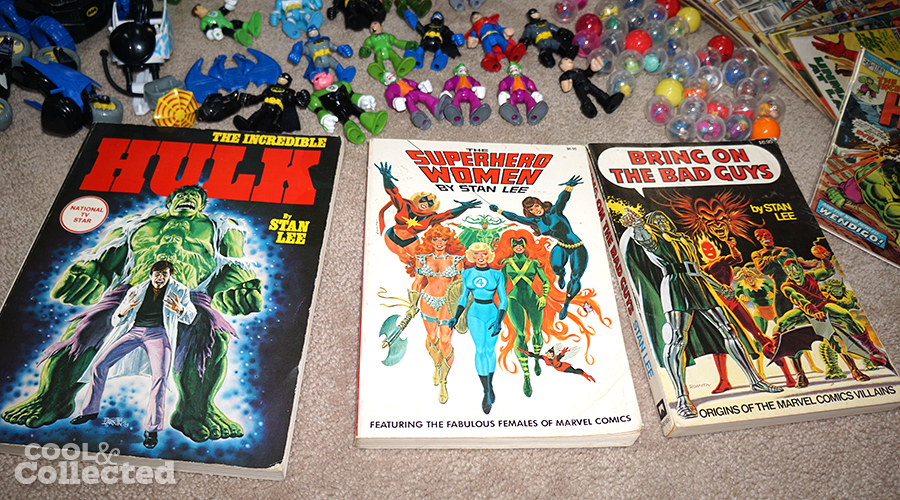 I’m not a big fan of estate sales, but there was a sale in our neighborhood that I decided to check out, and I’m glad I did! The house reeked of dog pee, and most everything was junk, but there was a table covered in comic books. I wasn’t expecting much since each comic was stored in a large sandwich bag, and taped three times, but as I started to dig, a few treasures started to appear. The comics were in amazing shape and their prices were so arbitrary that I couldn’t figure out what was going on — I honestly think the seller went through the stack, randomly marking the comics from $1-$5, thinking that if all the comics sold, the total would be in the right ballpark. I bought a stack of dollar comics, mostly Spider-Man and Hulk comics, I also picked up the three awesome paperback books above, and then there was this… 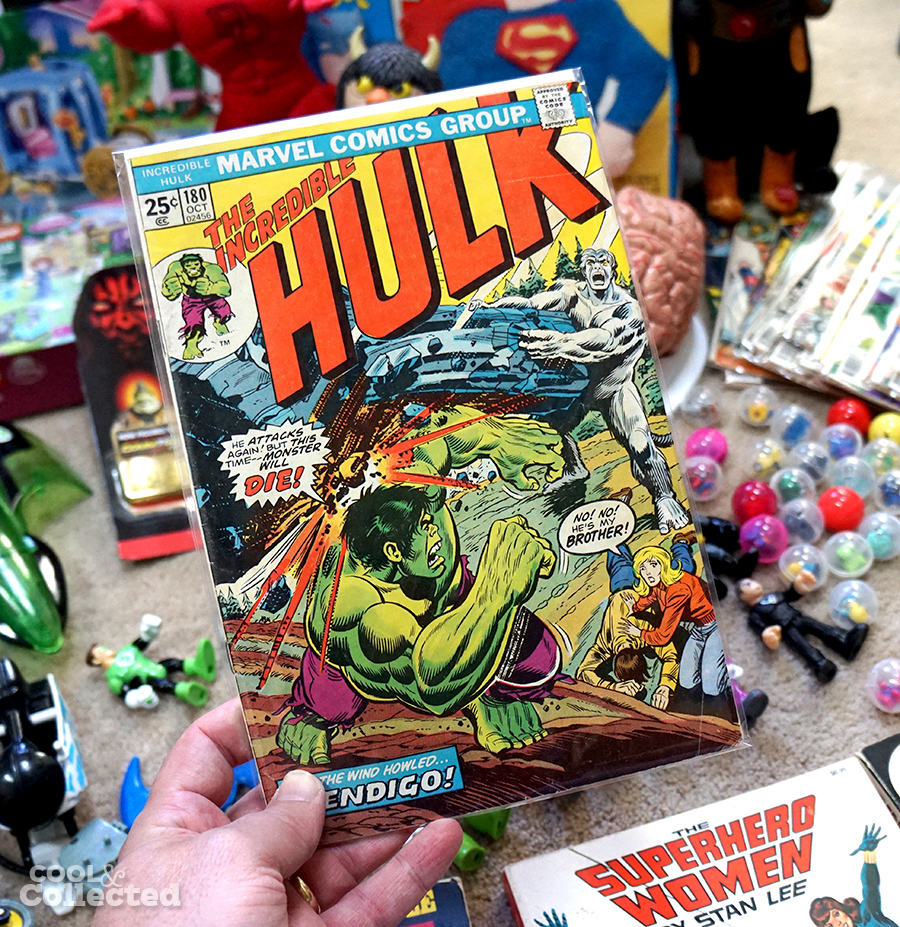 Yeah, this one wasn’t a dollar, but I got a really, really good deal on it. I am thrilled to add this to my collection, but now I have this nagging thought that someone was there before me and snatched up a Hulk #181. I asked if they had sold a lot of comics before I got there, but apparently, only two comics were sold before I got there. Maybe I should have gone on the first day.

How are the yard sales shaping up in your area? Found any treasures yet?