I didn’t have high hopes for a pop culture bonanza this weekend because I really only planned to hit up a local church sale. I’ve always found at least one treasure at this church’s sales in the past, so I decided to roll out of bed on a gloomy Saturday morning and take a look. Well, that decision paid off.

Church sales can be hit or miss. People line up outside before the doors open at a set time — I probably had 40 people in front of me as I arrived just before the doors opened. I headed straight to the toy section, starting at the back rather than the front, which was already being picked over by several other people. 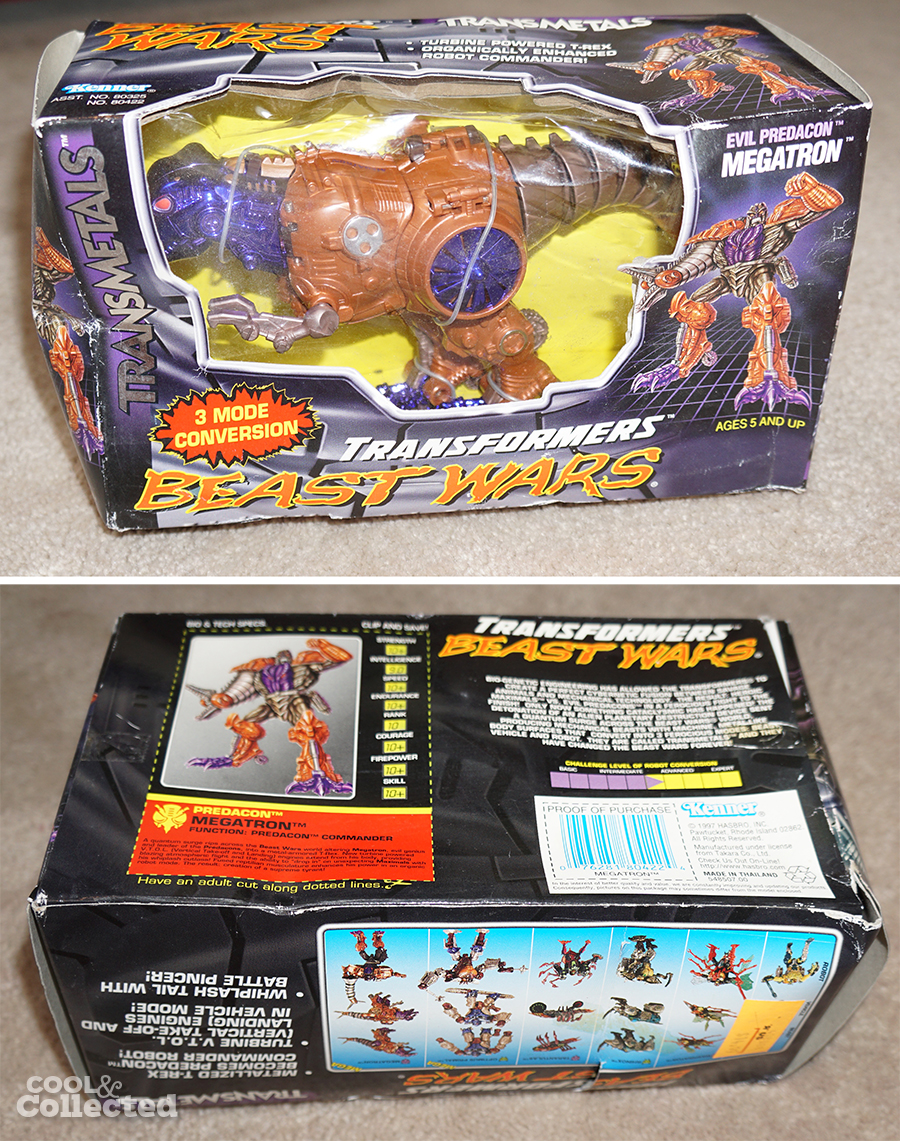 The first table I stopped at had the only toy I purchased — an unopened Beast Wars Transformer. It might not be the best packaging, but you have to buy an unopened box with the old Kenner logo on it, no matter what’s inside! I also bought several Easton Press books that were still in the original shrink-wrap — Easton Press books are one of the few “sure things” when it comes to modern book collecting these days. On my way to the checkout line, I saw the framed Louisiana Purchase half-sheet leaning against a wall. Now that certainly made the early wake up call worthwhile! All told, I spent $9 at the church that morning. 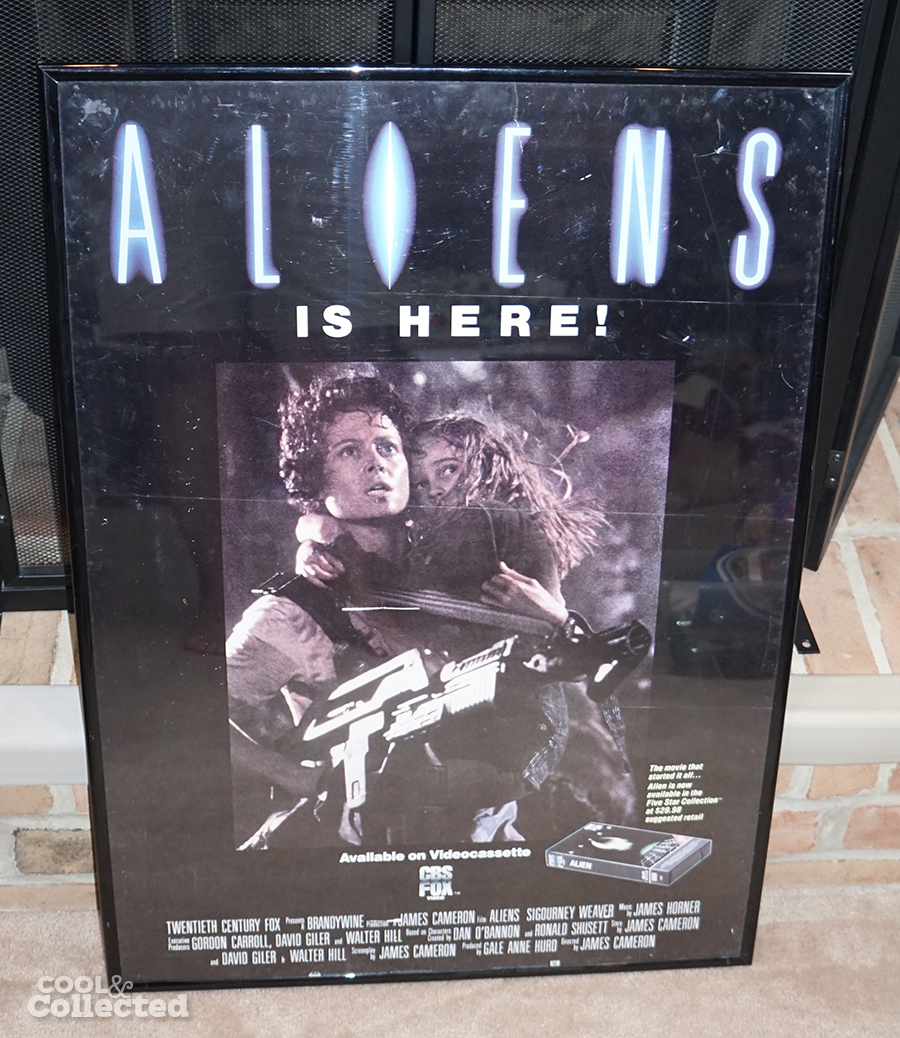 As I was leaving the church to head home, a hot pink sign beckoned me to check out a nearby neighborhood that was having a sale. At the first house, I found an unopened box of Flutie Flakes, some vintage kitchen items, and a framed video movie poster for Aliens. Of course, I could never pass that up!

For some inexplicable reason, days spent visiting yard sales seem to have themes for me. One day I might find a bunch of G.I. Joe toys, another day it might be antique tools. Well, on this day the theme was sports. First, it was the Flutie Flakes (which autocorrect wants to aptly change to “Flukie Flakes”), and then I found myself deep in the heart of a neighborhood following a confusing array of neon green signs, searching for a sale. I was beginning to think those green signs for leftovers from the previous Saturday, but then I saw it — a pristine yard sale that no one else had been able to find before me. The seller was eager to see me, her first customer of the day, at 10:30 in the morning! Not much interested me, but I felt bad leaving so soon, so I looked a little longer than I may normally have done, and was rewarded by two large totes that were under a table at the back of the driveway. I saw the Dallas Cowboys logo on an old banner, and took a look inside.

Apparently, this woman’s mother was a HUGE fan of the early 70’s Dallas Cowboys. She had compiled three scrapbooks of newspaper clippings and ephemera about the team and its biggest rivals. Included in the scrapbooks were a few letters from Tom Landry thanking her for her support of the team, with personalized comments regarding the letters she wrote to him. There is also a signed card from Roger Staubach in there. I was a huge Cowboys fan as a kid, and never really grew out of it, even though I’ve lived in Redskins country for the last 25 years. Roger Staubach was one of my idols as a kid, and this scrapbook was a ton of fun to look through once I got it home. 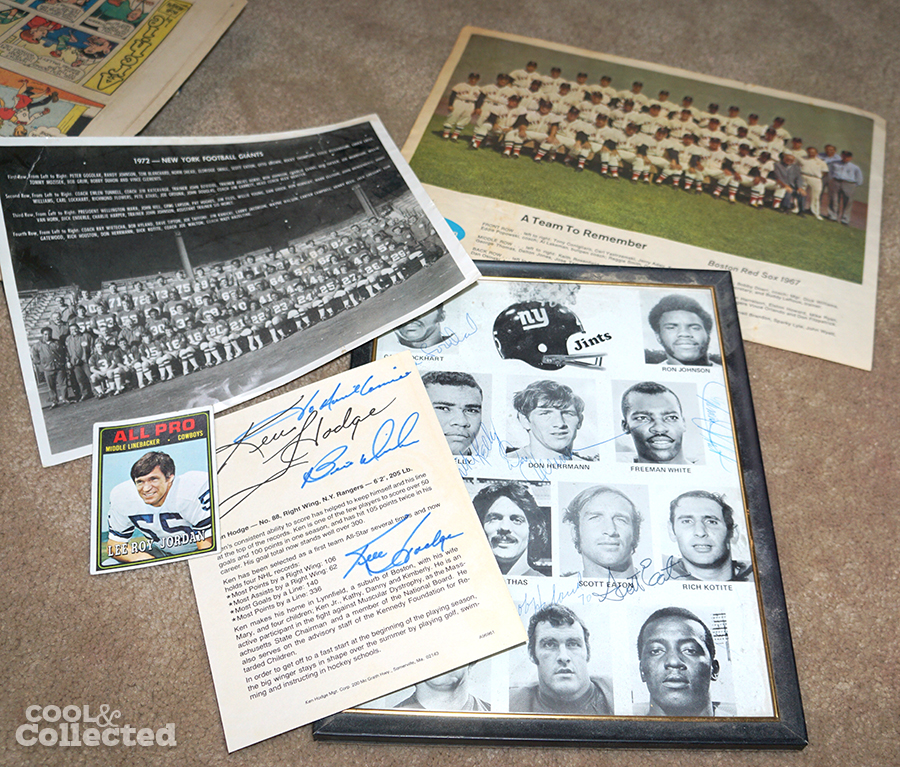 Also included were some various signed memorabilia. I am certainly not a sports collector, so these items will be going up for sale. When I don’t know the value of an item, I usually list it with a starting price of 99 cents and let the market determine its value. I will probably make less by listing all of the items as a lot instead of individually, but I think it’s more important to keep a collection together, especially if it’s been personalized like this one. It should be fun to see where this one goes. If you need this, or any of the other items I’ve shown, for your collection, hit me up soon before it goes up for bid.

Did you visit any good yard sales or flea markets this weekend? What’d you find???