I stumbled across a massive action figure stash over the weekend. This collector had over 40 boxes of figures in storage –40 boxes! I was able to pick through eight boxes, and have been promised a shot at the others later this week. I’m not sure my wallet can handle it, but I’ll figure something out!

If you are looking for specific SPAWN or ALIENS figures, let me know because I left a pile of them behind (except for the power loader and a couple of Aliens). I also passed on a lot of Marvel X-Men and Spider-man figures. Those things are out of my knowledge zone and didn’t look too promising. Here’s what I ended up bringing home.

I honestly don’t even remember buying this set of Fantastic Four figures. I must have snatched them up in my mad dash to grab everything else, because I know I didn’t get them on purpose. They do make a nice set though. 😉 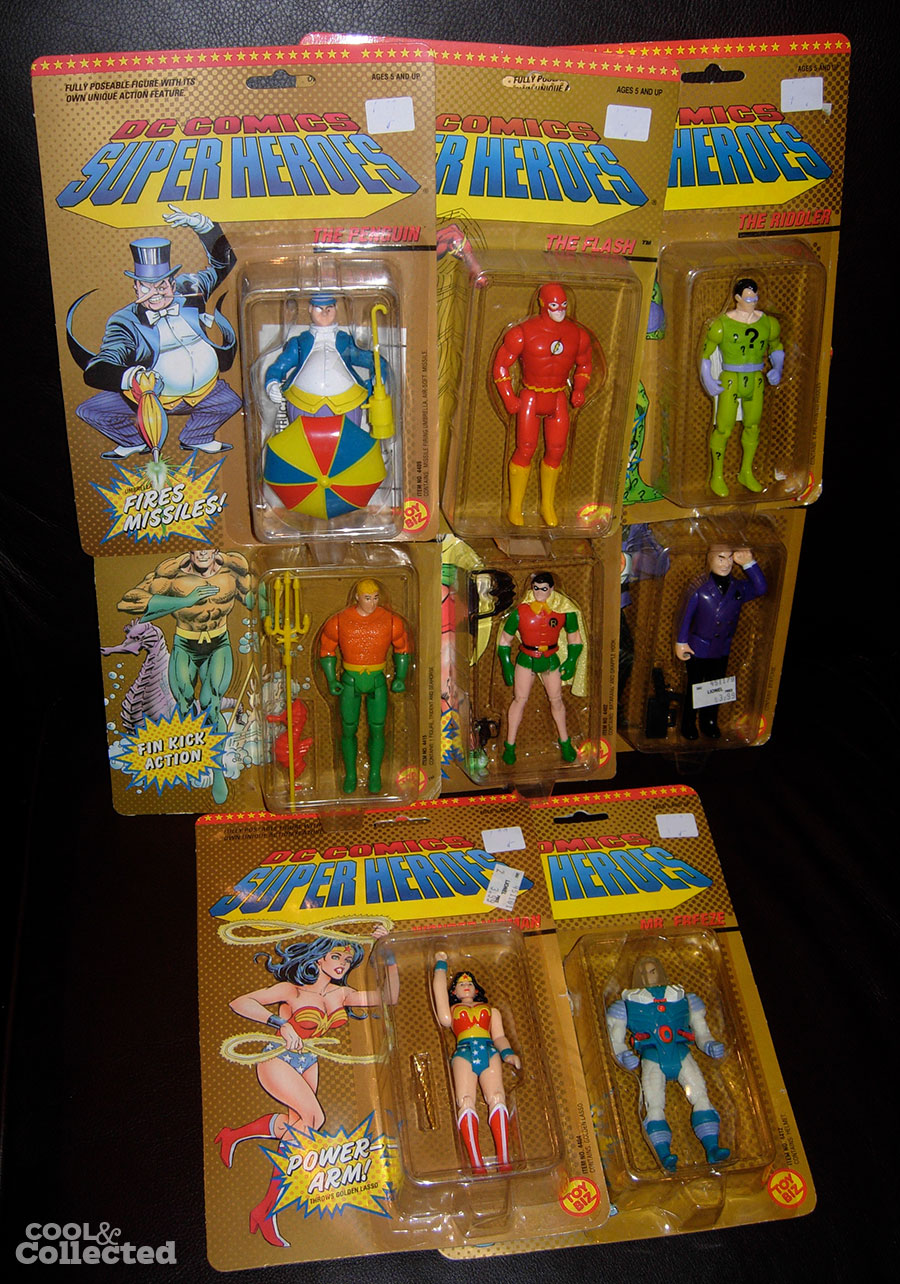 Now, this was a handsome bunch of figures to find! 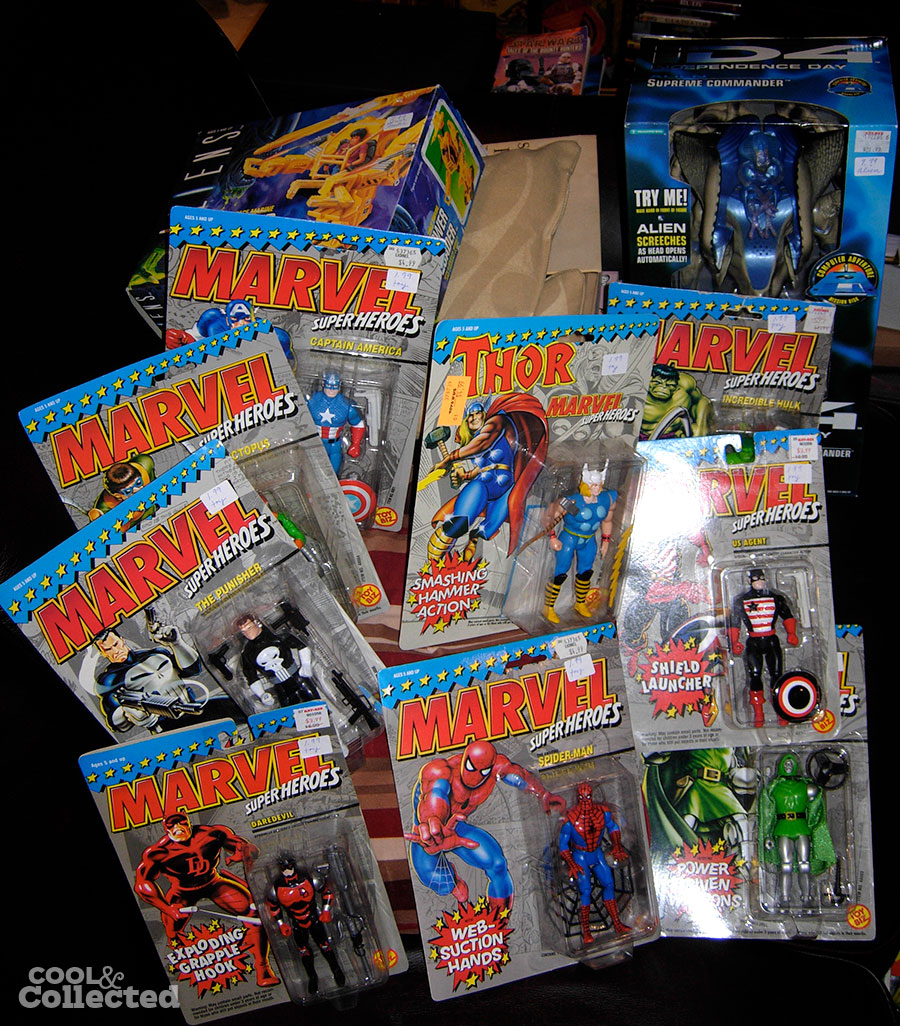 These  Toy Biz Marvel Super Heroes might not be the most highly sought after figures out there, but they really do look great! And check out that ID4 Supreme Commander and the Aliens Power Loader! 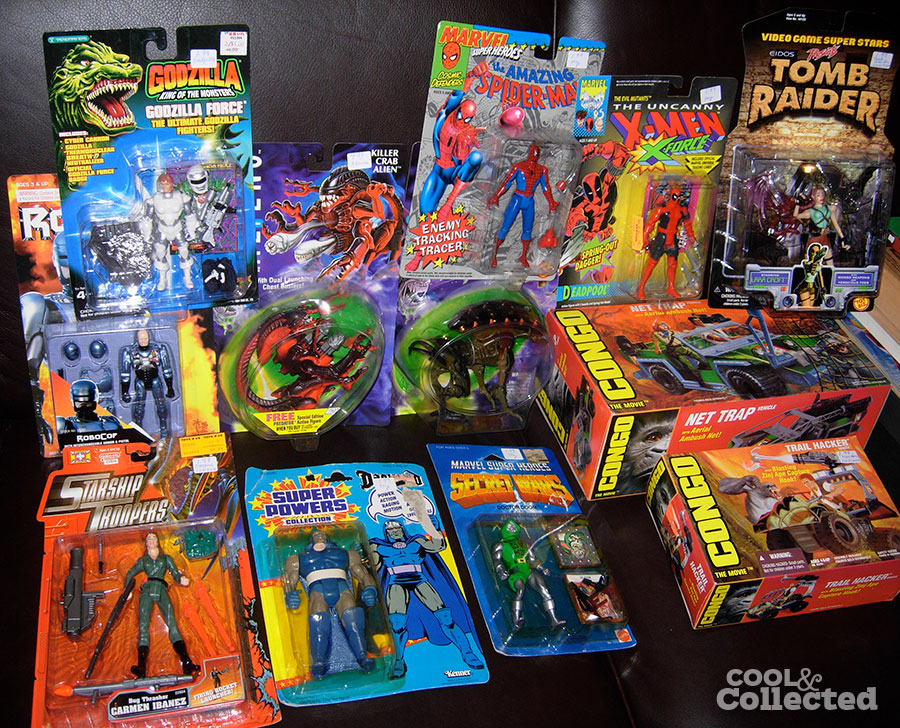 The only X-Men figure I grabbed was Deadpool, and that was a hunch that paid off! I wish that Darkseid card was in better condition. 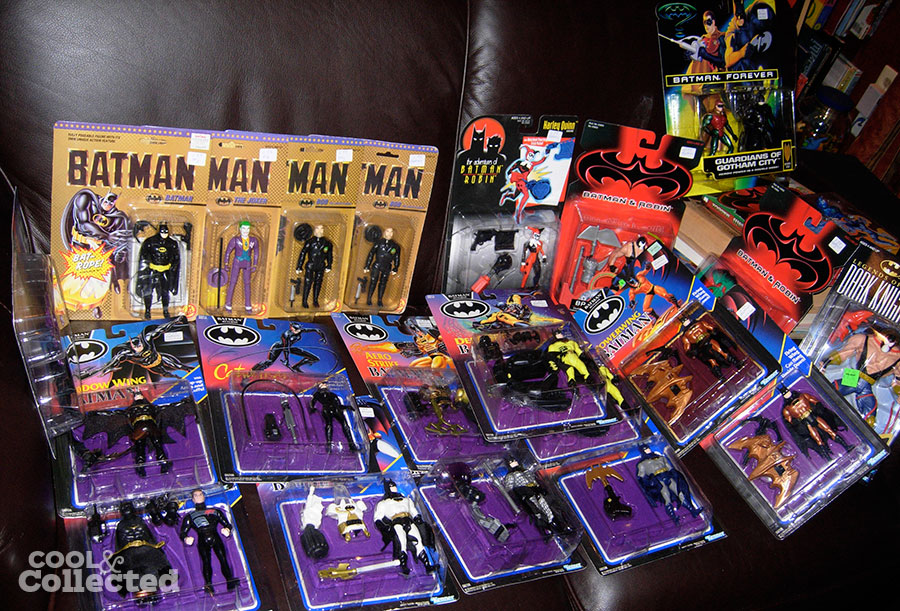 I’m still on the fence over whether I want part with all these Batman figures or not. I’ll definitely hold onto a few for my own collection, especially that 1989 figure. 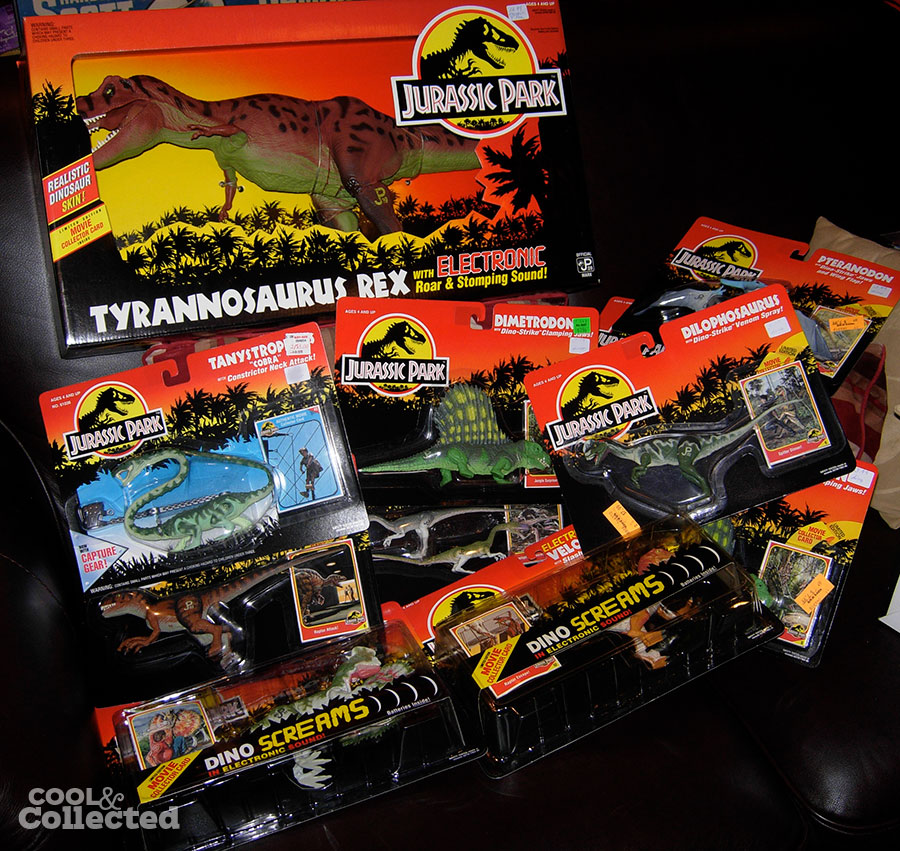 Clearly, the best box of the day was the one filled with Jurassic Park dinosaur figures. I glanced in the box and made an offer, not even realizing the T.Rex was in there, under all the other figures. That big guy made the day, and the rest aren’t too shabby either!

Just about everything shown above is for sale. I won’t give them away but I will make you a good deal, especially if you buy a bunch, so drop me a note if you see something you want.