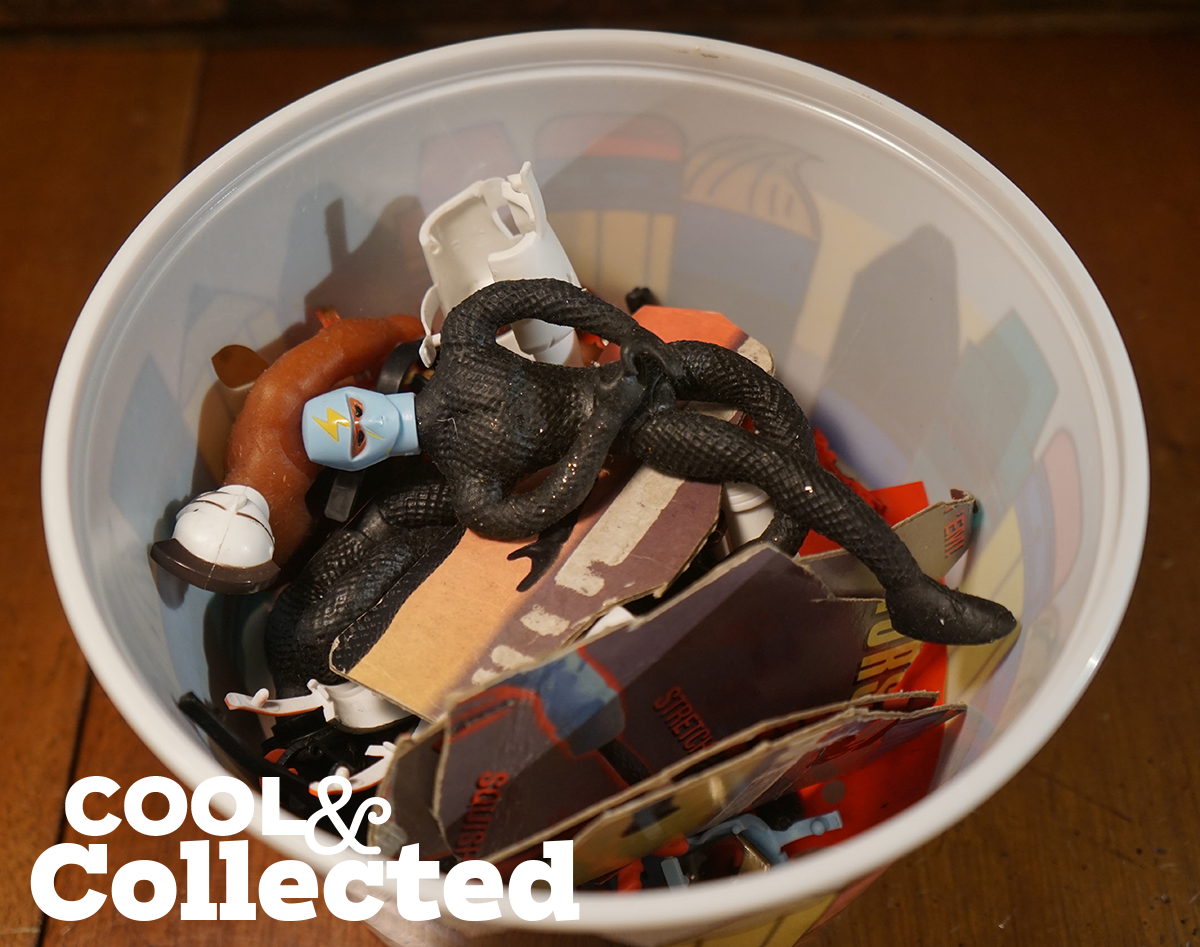 I found this plastic tub of strange figures at a toy show not too long ago. I was intrigued only because I had no idea what they were. One of the figures looked like it had a Power Rangers helmet, which led me to do a Google search for “stretchy rubber Ban-Dai figures” that showed me that these were called — Tacky Stretchoid Warriors. Nope, I did not make that up, that is the real name of these guys. 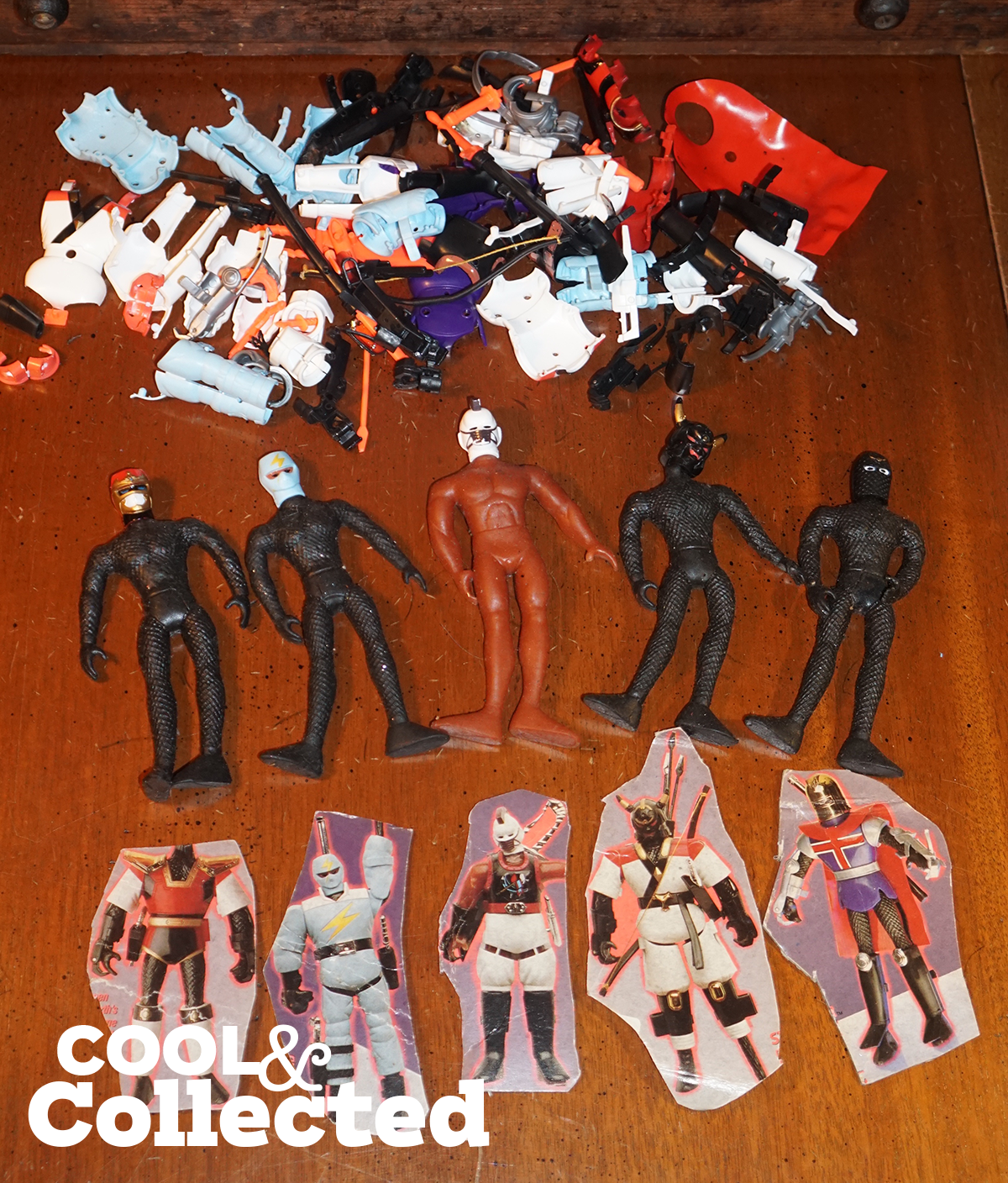 The figures are made of a stretchy rubber that reminds me of the old Ben Cooper jigglers and rubber fishing worms. The rubber might have been one gimmick, but the other would be the accessories. There are a TON of accessories for each of these figures. 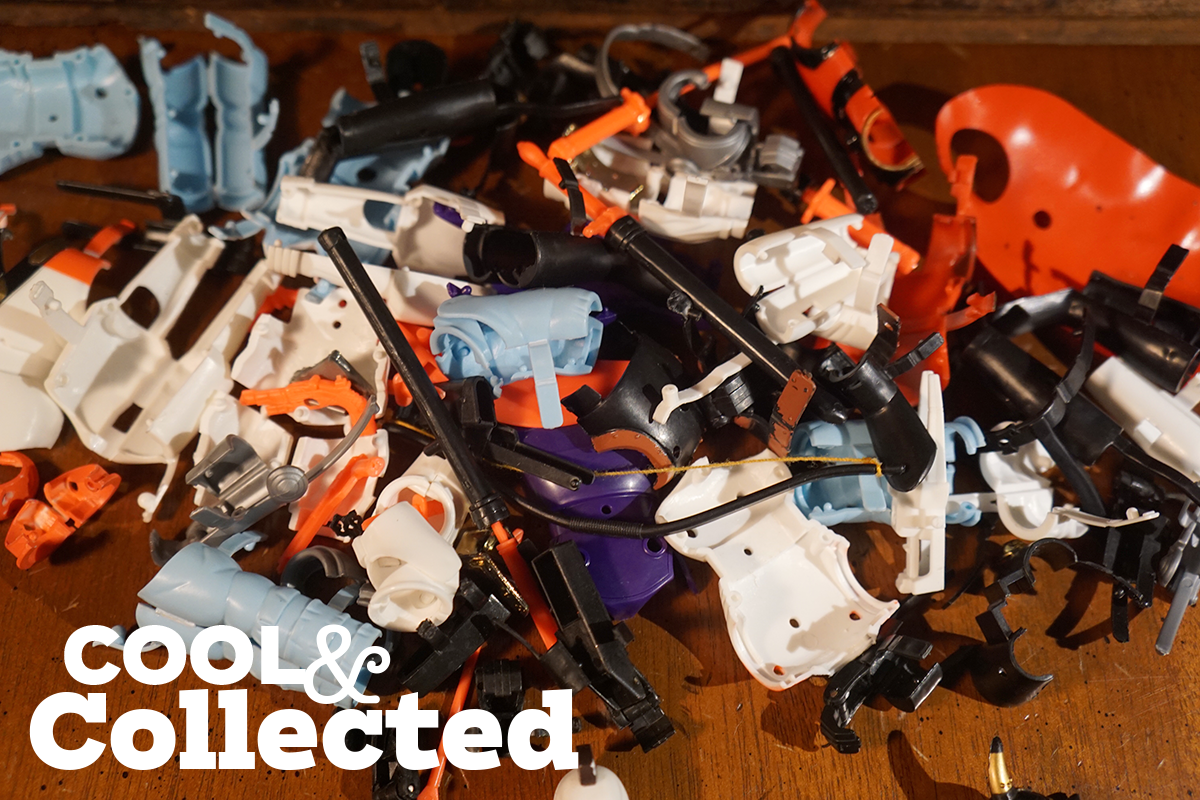 This huge pile of plastic comprises the accessories for just five figures! 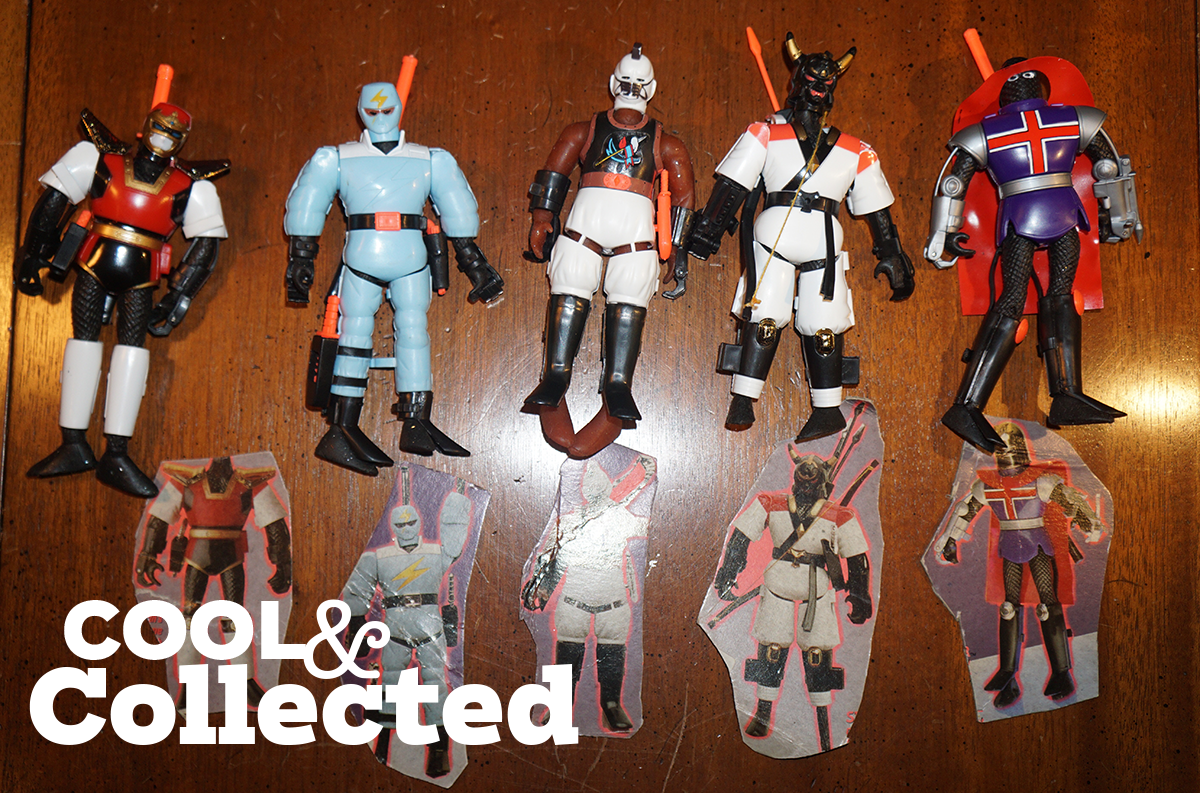 Thank God that the cardboard cutouts included with the bucket that showed what a completed figure looked like. It took me a good half hour to get these guys dressed — it was a lot of effort, and to be honest, I started to question if I was really being as productive as I could be. 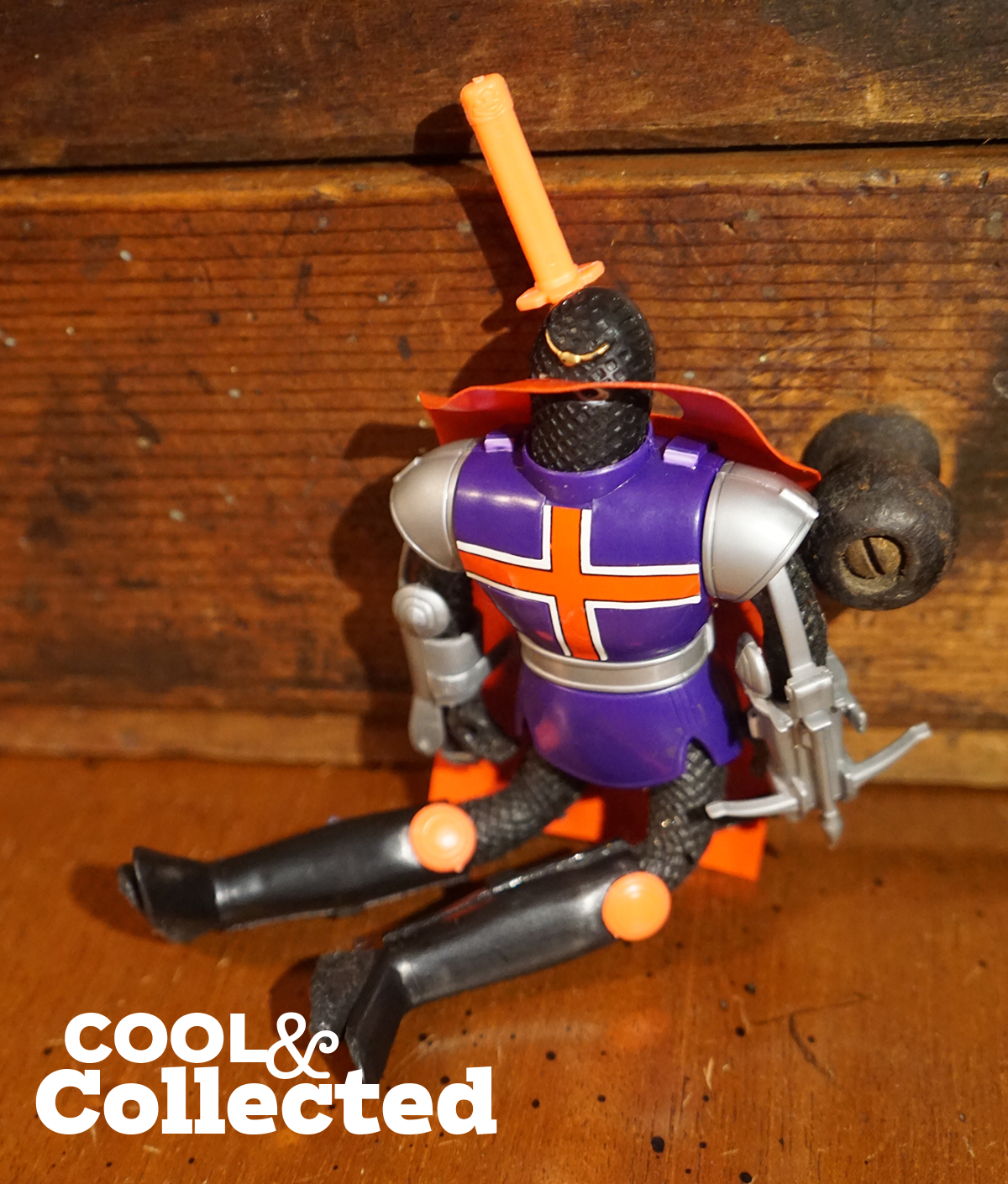 So, the figures are all dressed and armed to the teeth, so now let’s display them and play with them. Ugh. Not fun at all. They can’t stand, their pieces drop off, and that cape! He can’t see a thing! I can’t imagine why this product line was so short lived.