There’s a new con in town: Super Smash Con. I had the pleasure of visiting this event yesterday at the Dulles Expo enter in Chantilly, Virginia, and my eyes were opened to a whole new world — the underground Super Smash Bros gaming circuit. Okay, so it’s not really an underground event, but I like to think of myself as being pretty hip to what’s going on in the world of pop culture, but this thing was totally beneath my radar.

If you’re as clueless as me on the subject, here’s the scoop. Apparently, there are a LOT of people who like playing Nintendo’s Super Smash Bros, and by a lot of people, I mean 20-year old dudes. These guys have been playing Super Smash Bros since their fingers were formed in their mamas’ bellies, and they’re still going, competing in tournaments for big prizes. I’m no stranger to competitive gaming, but I come from the generation of Steve Weibe and Billy Mitchell, and lost most of my pizza money in college during our dorm Tecmo Bowl tournaments, but now there are entire exhibition halls devoted to competitive video gaming, and it’s pretty amazing. 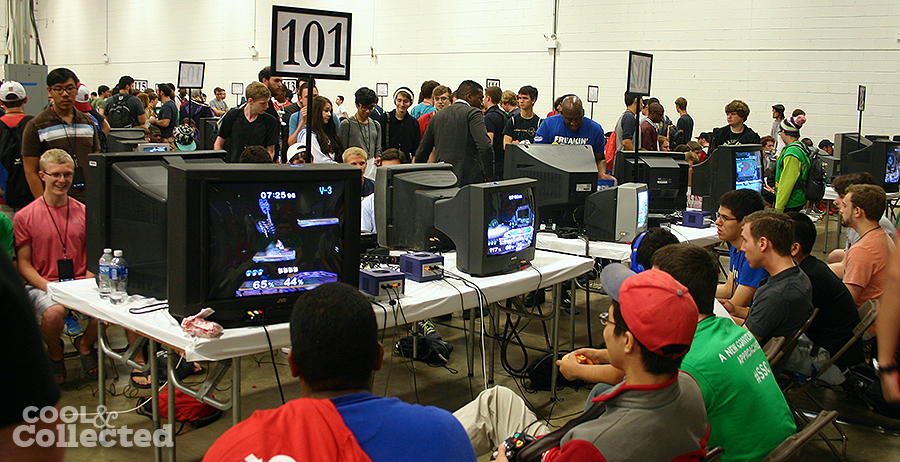 The main draw of the show is the Super Smash Bros tournament. Dozens of old school TV consoles, N64’s and Game Cube systems are set up and people compete head to head in a bracketed tournament. The best matches are simulcast on jumbo screens so the audience can watch and cheer after every takedown. You know this is a serious event, when the rules state there is no “Alt-ing” — which I have since learned mens that you can’t enter the competition under a fake name in order to surprise your potential opponent. whoah. 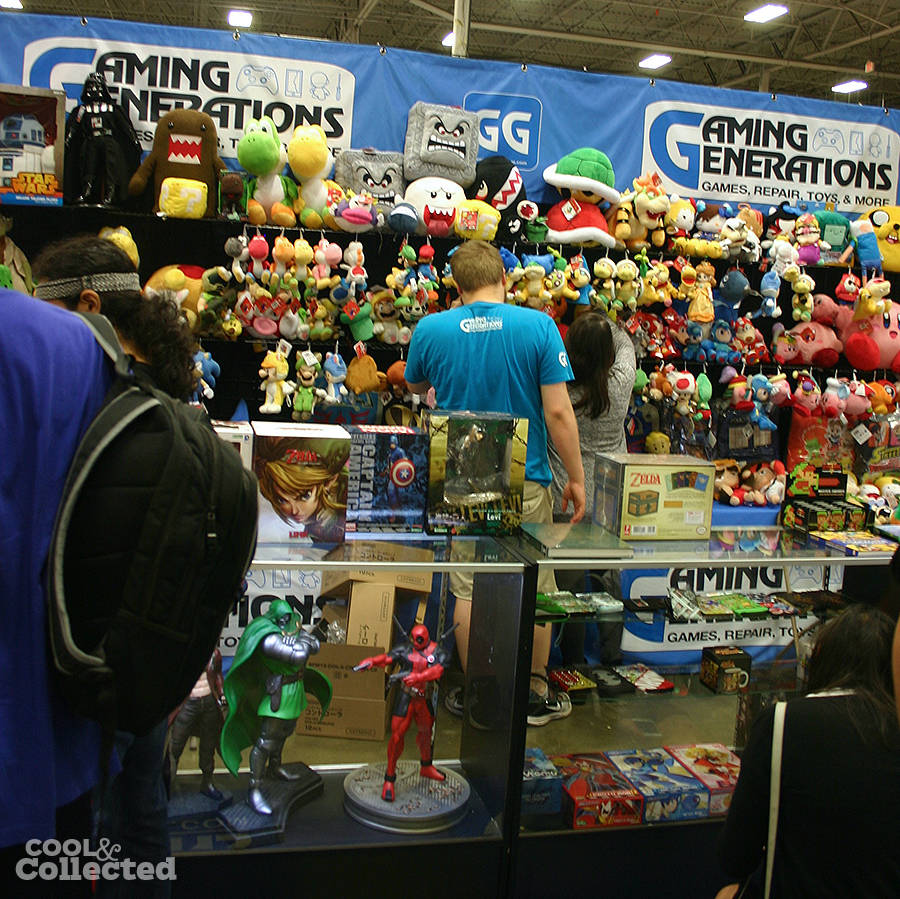 Are you stuck on level 42? There’s a guide for that. Before the days of the internet, these things were a Godsend, but I still enjoy flipping through them and seeing all the maps and tips..

There were plenty of vendors selling vintage games and hardware. This was the first ever Super Smash Con, and the number of vendors was fairly small, but I can definitely see this convention growing exponentially in the future, and becoming a premiere event for gamers and nostalgia buffs alike. I’ve said it many times before, but Northern Virginia and the DC metropolitan area is in desperate need of events like this, and seeing the parking lot filled to capacity on a Friday afternoon is proof of that. 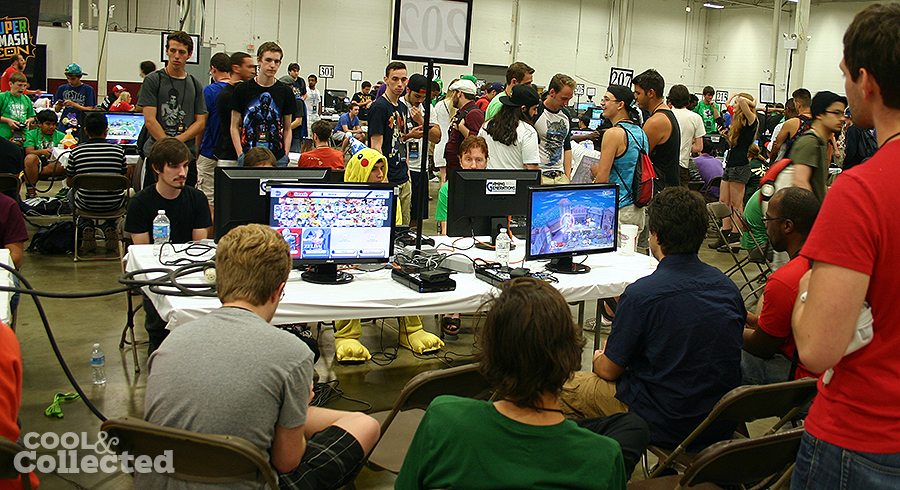 One of several Pikachu sightings. 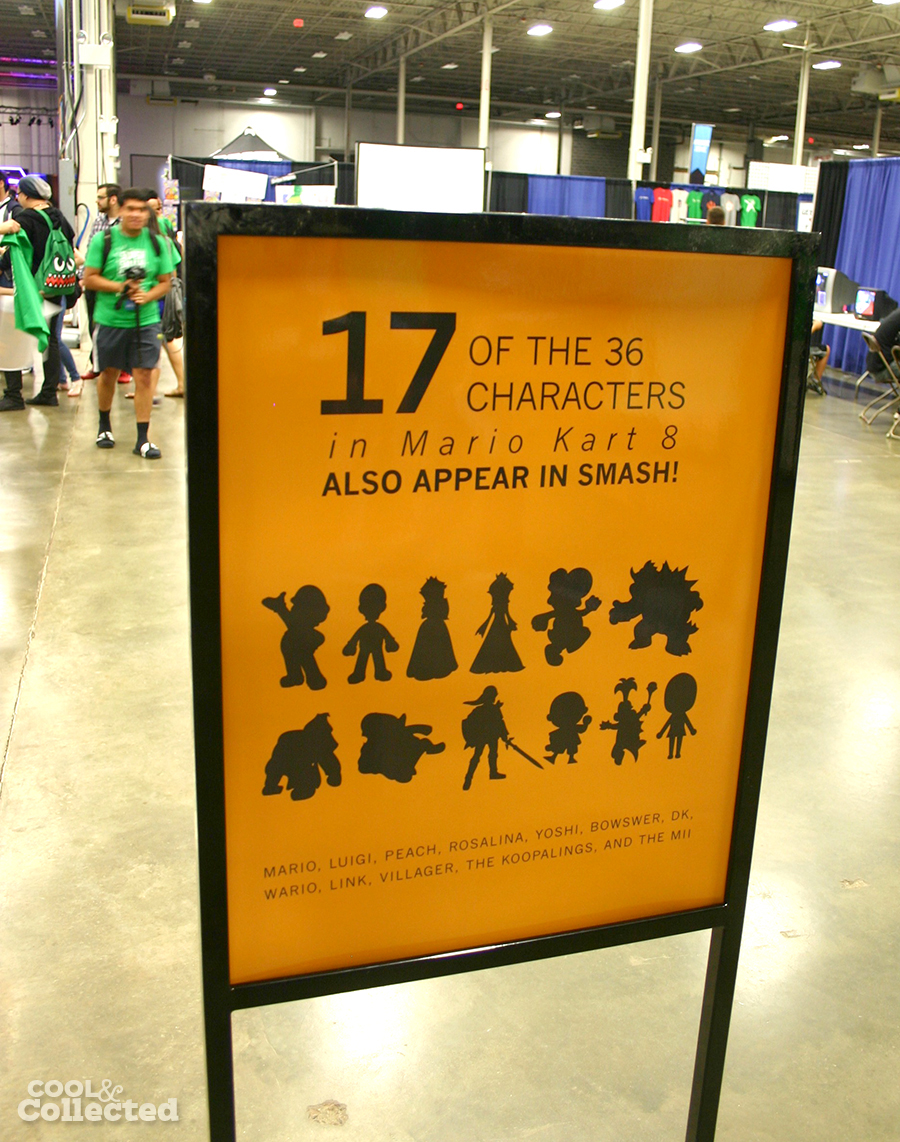 The more you know.

The vendors were fairly sparse, but the ones that were there brought the goods! My kids would have drained my wallet in an instant. 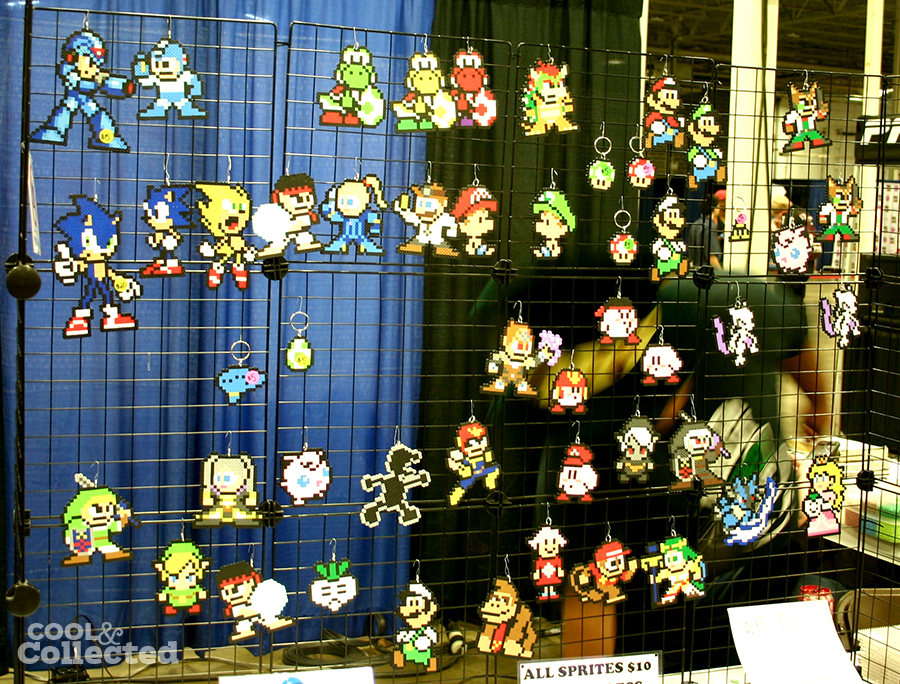 Many of the vendors were selling hand-made crafts and jewelry, which was a lot of fun. Being a fan of the old school arcade games, I would have liked to see more products based on that generation, but then again, I was probably the oldest guy in the building. 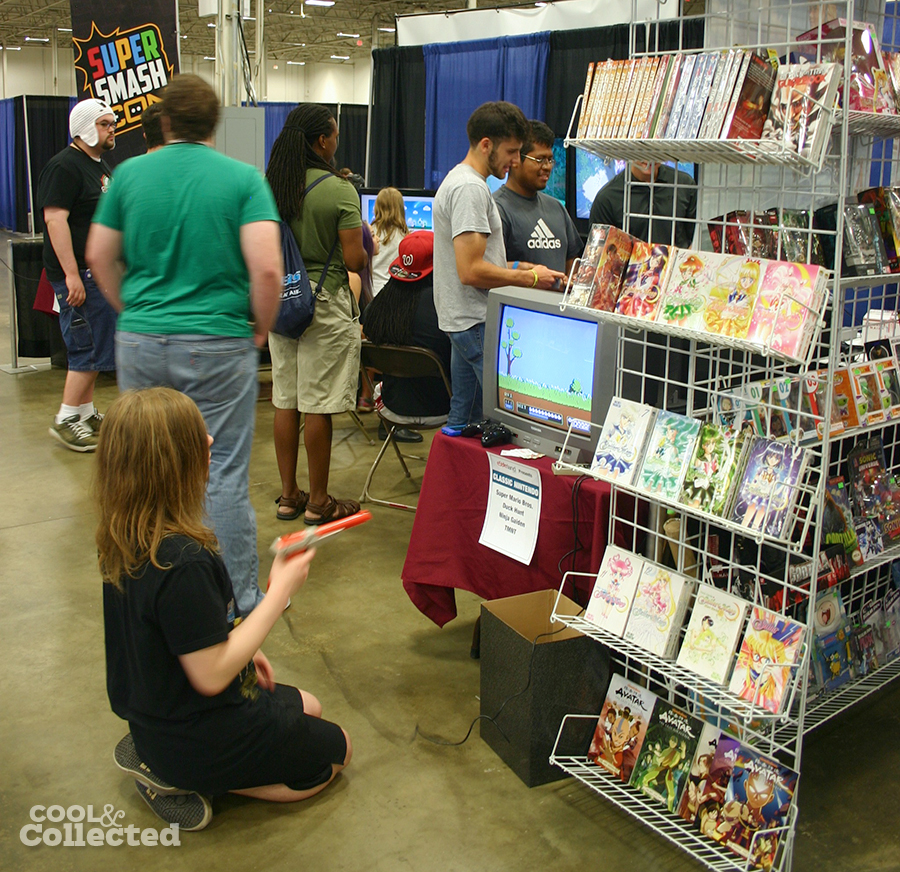 Boxes and boxes of game cartridges, but not a single game box in sight! 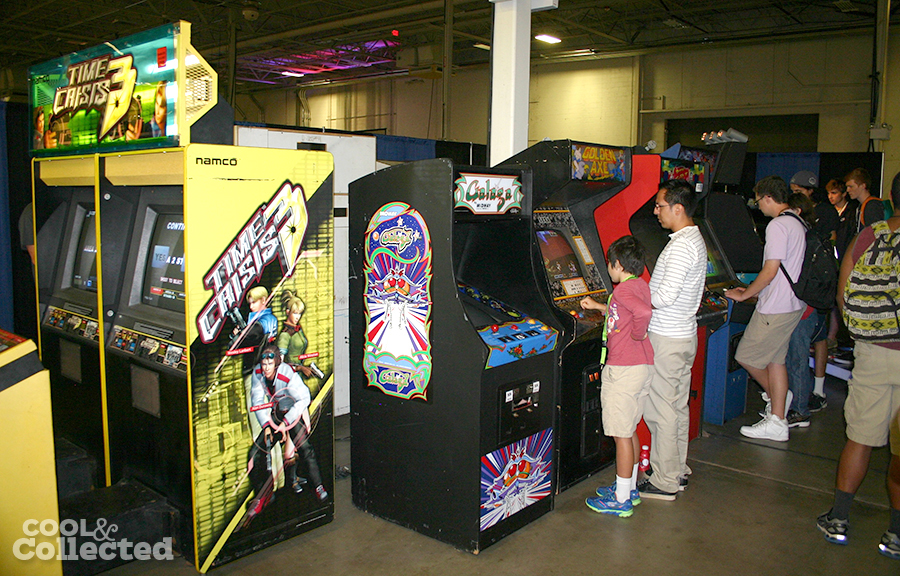 There was a small video game arcade set up with free-play cabinets. This certainly brought back memories for me, and by Sunday, I’m sure this section will smell about as good as the arcades from my youth. 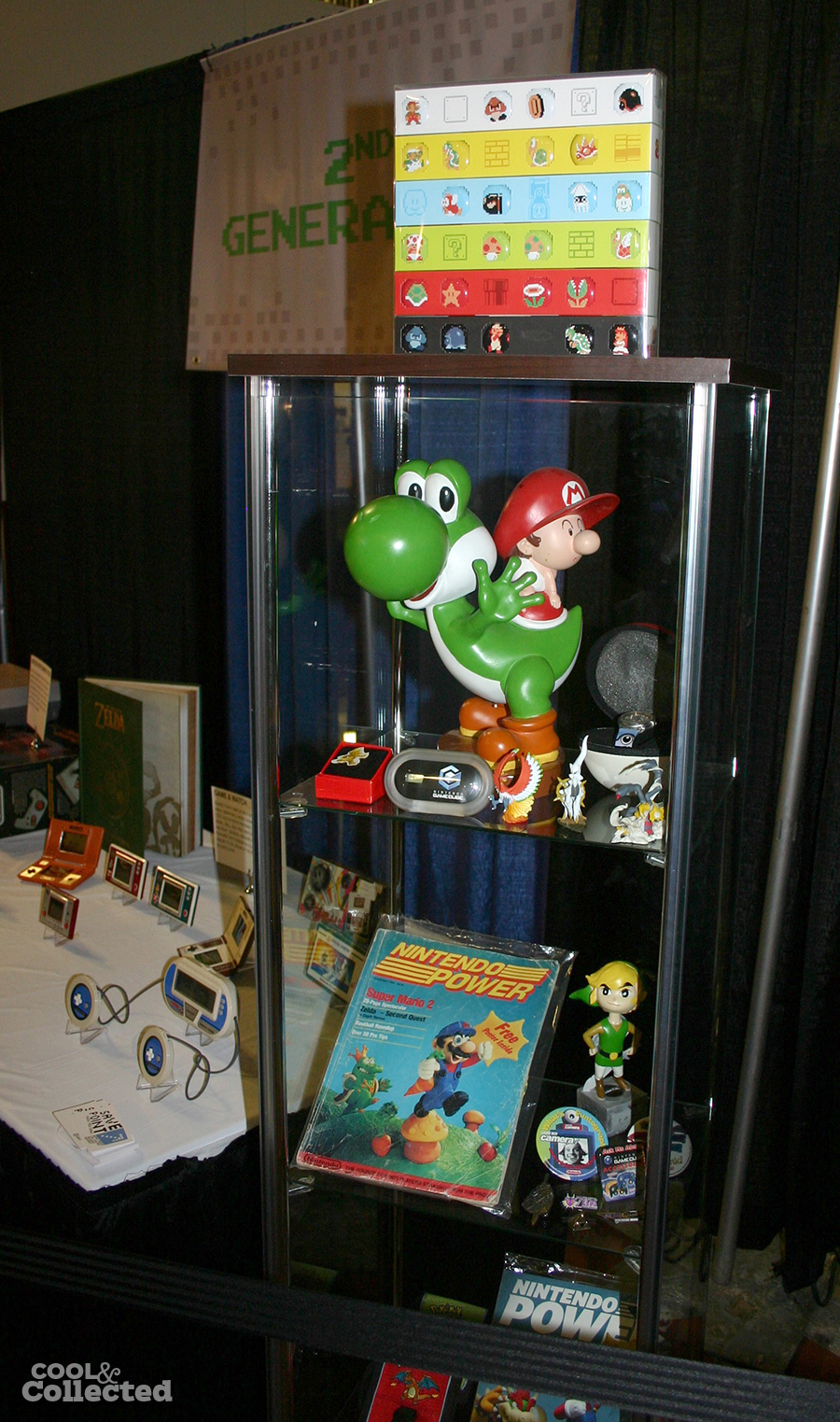 One corner of the event hall was dedicated to a small museum of Nintendo history, with items arranged by generations going back to the Japanese Famicon handheld devices and working up to the Nintendo WiiU. This was probably my favorite part of the show, but seemed to be ignored by most everyone else. 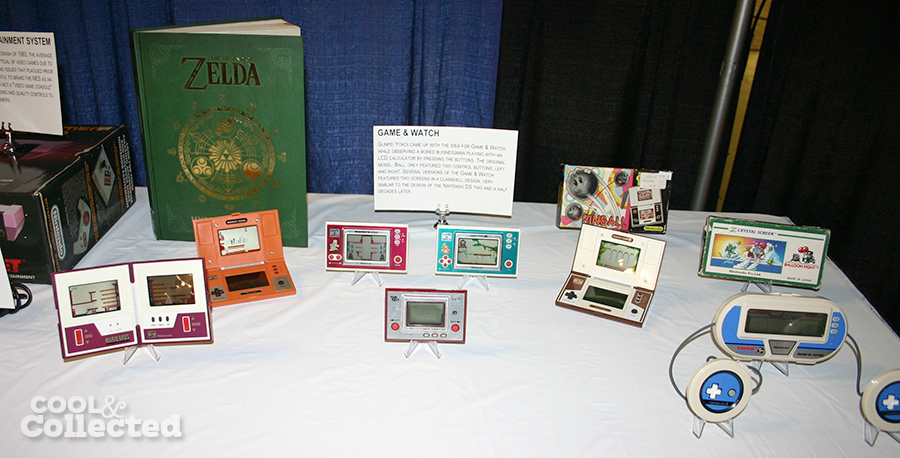 It’s amazing to see all of these items set up in a row, and realize that I was raised on Nintendo to a large degree, and owned just about everything there at one point or another in my life. Where did it all go? 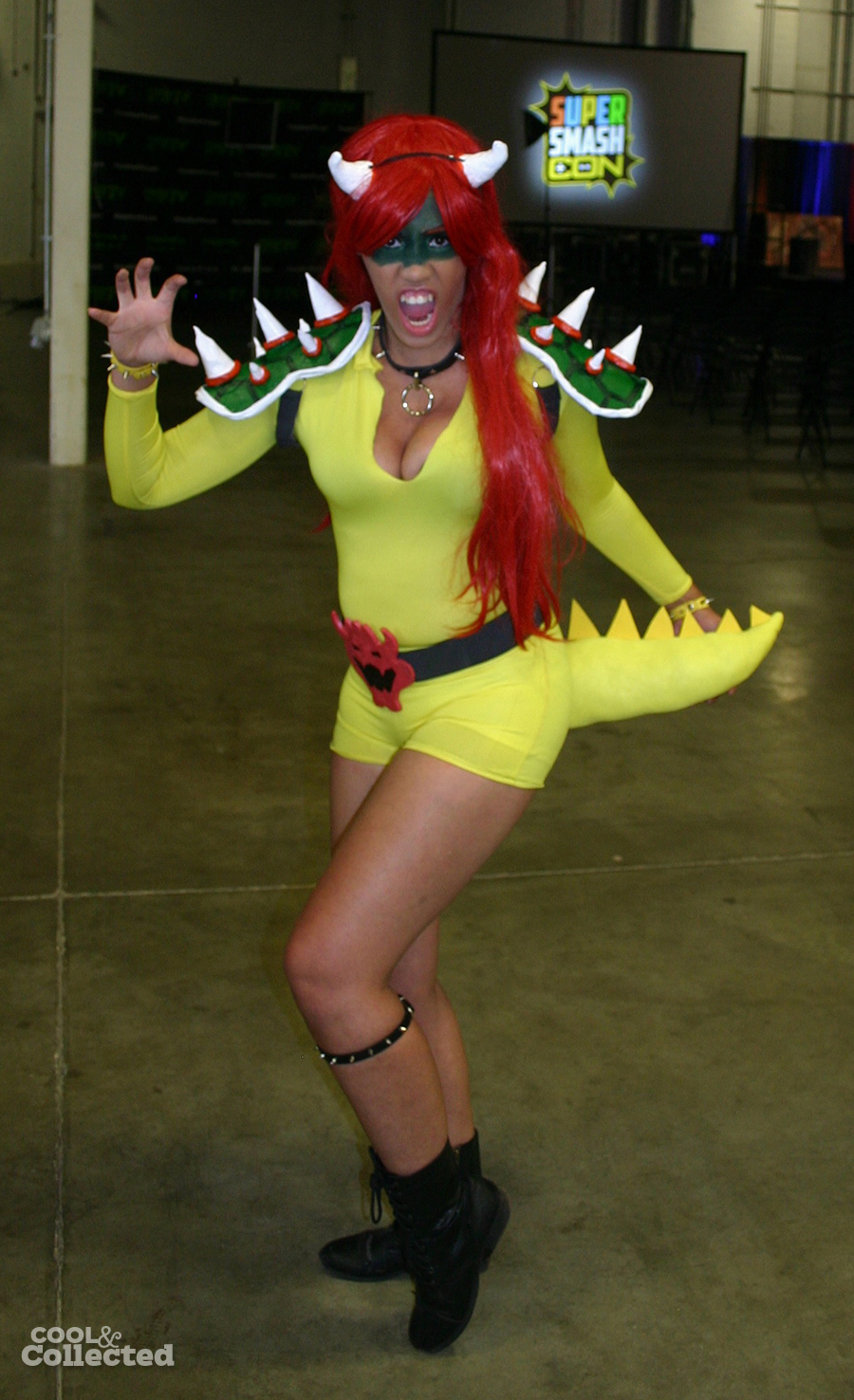 And of course, it wouldn’t be a convention without the cosplayers. Here’s Bowser (or Wowser, amiright?). There were only a few cosplayers on Friday, but there is a costume contest scheduled during the weekend, and I’m sure there will be many more characters to see.

Also this weekend, a big draw for the event will be an American Ninja Warrior-esque display of parkour running, which is supposed to be a live-action version of Super Smash Bros — now that is something I wish I had seen!

If you’re a gamer, and like to compete or watch other people playing Super Smash Bros, this event is a must see. I’m excited to see how this event evolves in the coming years and look forward to taking my kids, who fit much more squarely in the demographic than I do (sigh). But if Billy Mitchell comes to sign autographs next year, I’ll be the first in line.