Mike Bartley, a friend of Cool & Collected sent in this great recap from his visit to last Weekend’s Steel City Con. 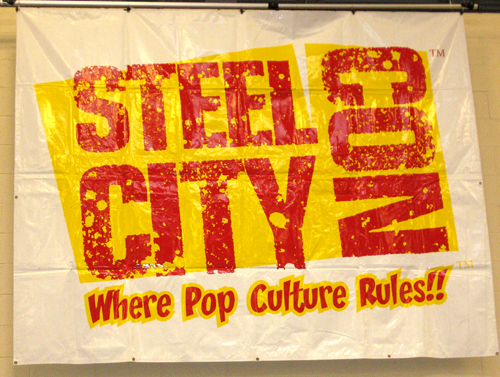 I got to go to another STEEL CITY CON on Saturday, March 3. This is important because it is one day when my wife forgets all about my “out of the ordinary” interests and lets me roam free amongst my own kind.  We attended the last STEEL CITY CON in December, and Brian allowed me to cover it for Cool & Collected <ed. note: Thrilled to have it! Here’s the link.>, so here I am again with a rundown of what I saw this past weekend. 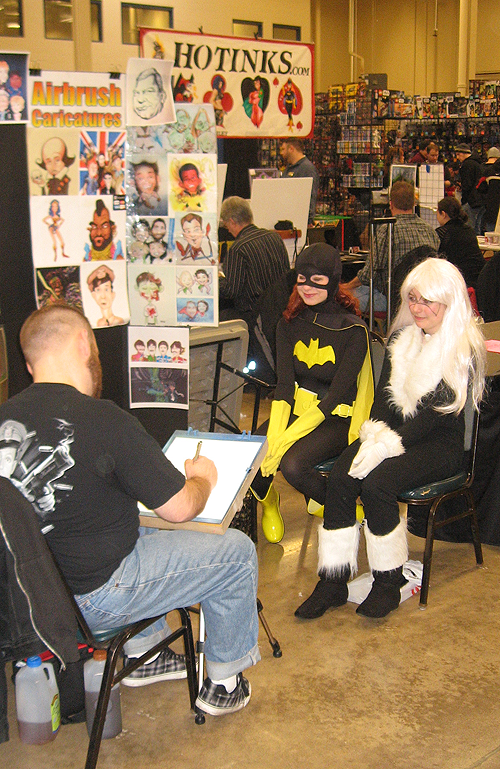 We got an earlier start this time, as my wife and kids had plans to visit the Pittsburgh Zoo and Aquarium, and needed me out of the way. I actually had to stand in line to get in, something that I never had to do for this show before. Coming a little after the doors opened had shown that this con seems to be getting better attended each show. Maybe it had to do with the caliber of guests attending this show, Billy Dee Williams, his son Corey, Anthony Daniels, and hold on to your hats ladies, Ian Ziering. At least my wife was excited about his appearance. 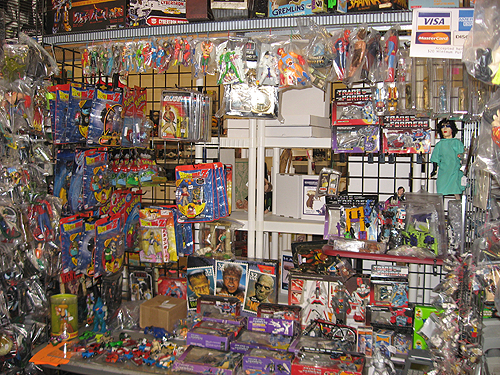 This con was a bit different as there was a much greater showing of non-action figures. HOT WHEELS and SKYLANDERS were well represented, as well as LEGOS, but now there were also costumers, and more artists showing their works. All things that make a standard toy show more exciting. The vendors I rely on for my action figure restoration fix were all there, but prices seem to be creeping up each time I attend. Such is our eceonomy, but what I didn’t like seeing were the scalpers (yeah I called you scalpers!) trying to charge $70 a piece for the newest MARVEL LEGENDS variants that are presently on shelves. Figures I saw last week at my local Target were going for the con rate of $25-30. Not cool. 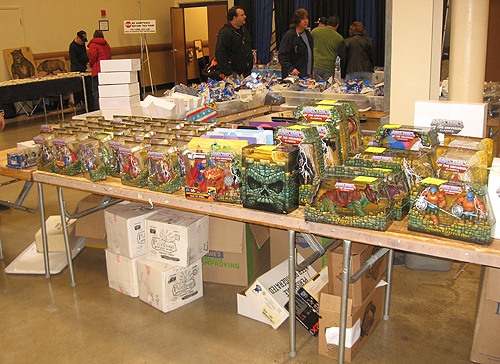 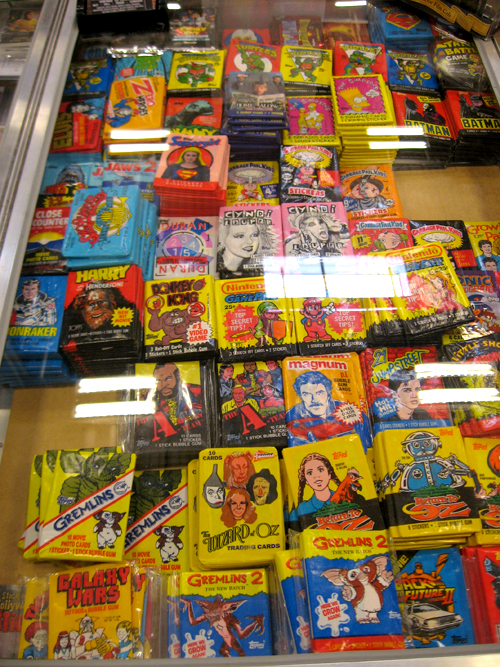 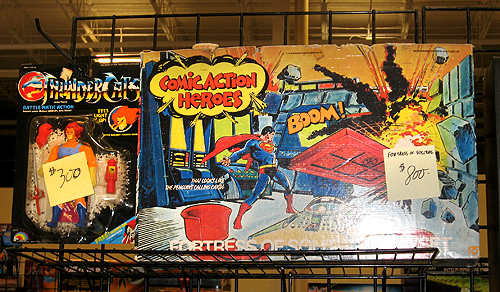 This time I got to speak to some new costumers and see some really remarkable model display and kit work that are hopefully going to inspire me to pick up the dremel and brush a lot more this year. Check out some of the pics to see some outstanding work form the artists at the show. 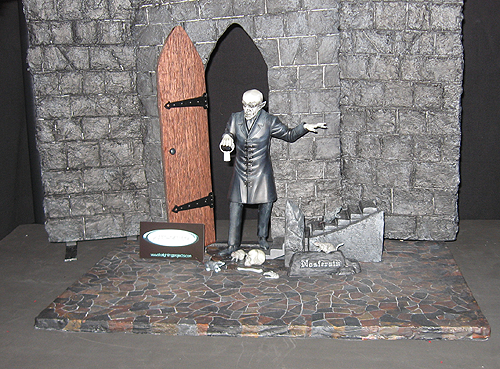 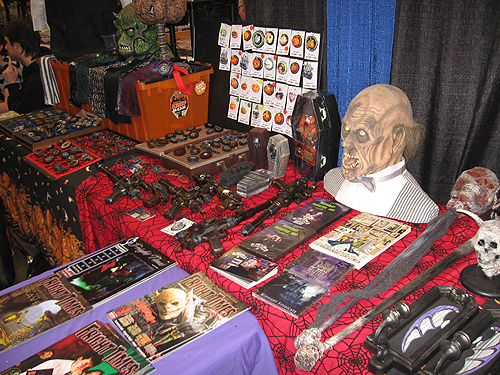 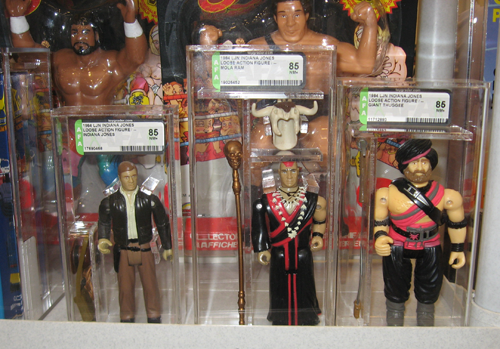 Although I no longer collect the autographs from the celebs attending the cons, too pricey, I still like to see what they look like now and determine if they can still get the fans to line up for their picture and signature. Long lines were present for C3P0 himself, Anthony Daniels, and a respectable showing was had for Gina Lee Nolan (BAYWATCH), Christopher Knight and Susan Olsen (THE BRADY BUNCH). There was a Sid and Mart Kroft reunion with Wesly Eure (Will from LAND OF THE LOST), Kathleen Coleman (Holly from LAND OF THE LOST), Butch Patrick (LIDSVILLE), and Johnny Whitaker (SIGMUND AND THE SEA MONSTERS). That was a neat flashback to my summer afternoon TV watching. Virgil from the WWE and several ladies of wrestling were there too. Unfortunately, I haven’t watched wrestling since the 80’s so I had no idea who they were, and neither did most of the fans from the small or even no limes at their tables. 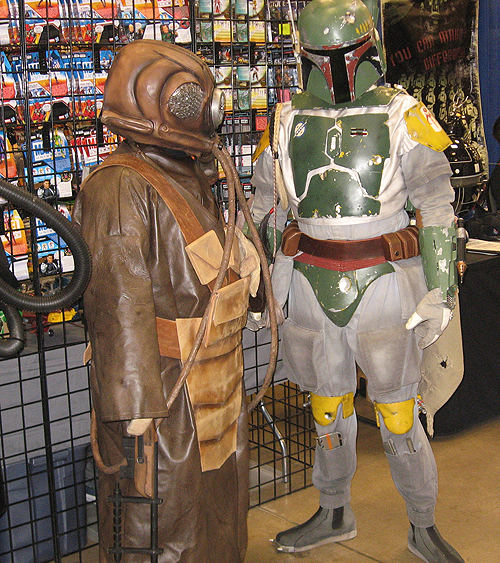 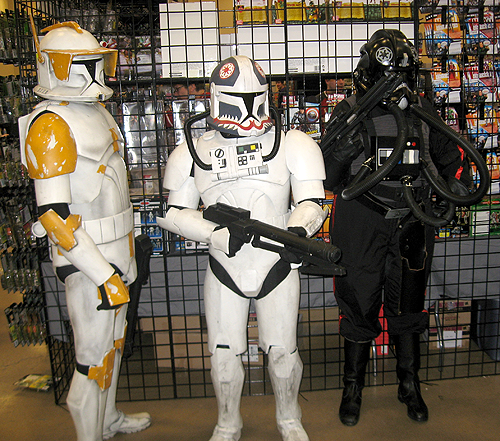 The highlight of the show for me was when I was checking out a vendor’s table, lost in my own world, when I was bumped into from behind. Now this is a common occurrence for any one attending a crowded con, but I was all alone at this table. It was located in a corner near some ominous black curtains. When I turned around to see who bumped me, without so much as an excuse me or a “my bad dude”. I saw the back of a black silk shirt and smooth walk of a man I had admired since I first saw him walk out onto the landing dock on Bespin. Billy Dee Williams, Lando Calrissian himself, bumped into me. Con over, as it could get no better.

A huge thanks to Mike for sharing his trip to Steel City Con once again. Be sure to follow Mike on Twitter @kngfu71.