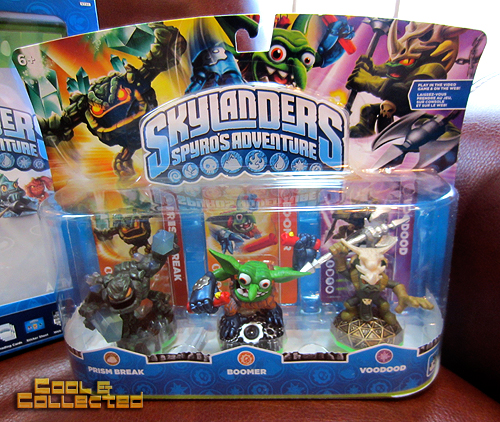 Here it is halfway through February and I’m finally getting around to writing about the greatest gift Santa left under our Christmas tree–Skylanders: Spyro’s Adventure. Skylanders employs a new concept in video game technology that has finally succeeded in tying together physical toys with the virtual world. Sure, there are the Webkins and Club Penguins of the world, but this game has creepy monsters and cool action figures!

My kids and I have been playing this game quite a bit. My 4-year old doesn’t really play the game, but he loves to grab the figures off the “portal of power” and swap in a new one. When a new figure is placed on the portal, a bright light beams on the TV screen, the heavens open, and the figure’s digital counterpart appears in the game. How cool is that? 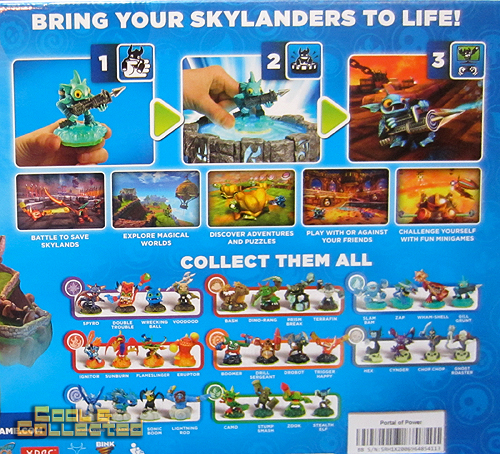 When your character’s health is running low, you just swap in another figure and you’re good to go. If you reach a tricky level, no problem, just put on a figure who can fly and then you can soar over the problem. Different characters have different strengths and weaknesses (a la Pokemon) so you will get different results depending on which character you are using.

I’ve been around long enough to have tried plenty of video game add-ons, and this is the first technology that works pretty much flawlessly. I have yet to see a glitch or to hear, “Daaaad, it’s not working!” 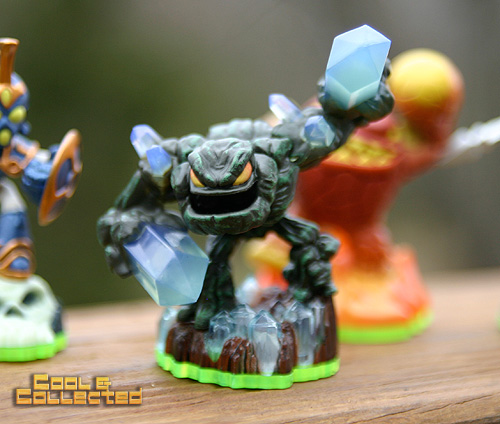 Skylanders is not a cheap investment as far as video games go. The original game with the portal and three figures cost $69.99 and then you can buy individual figures for $8 or three packs for around $15.

This week, Activision announced the Skylanders sequel would come out in the Fall of 2012 and will have giant-sized figures, so the investment in these current figures might not be too bad, since the kids will be able to use them in at least one future game. If this was a “one and done” game, there’s no way you could justify the cost. 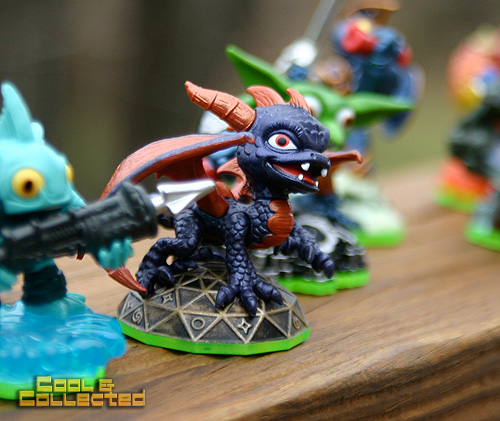 Skylanders is a huge success, and if you doubt me, just try and go to Toys R Us and buy one of the single-pack characters. Sure, they might have some of the common characters, but the pegs are stripped bare of all the rare figures. Take a look at eBay

and you will see the going rate of a gold or silver figure is upwards of $150! This makes it hard on us parents, but I’m confident that the craze will die down, as they always do, and the figures will start to be overproduced and will flood the store shelves before long. 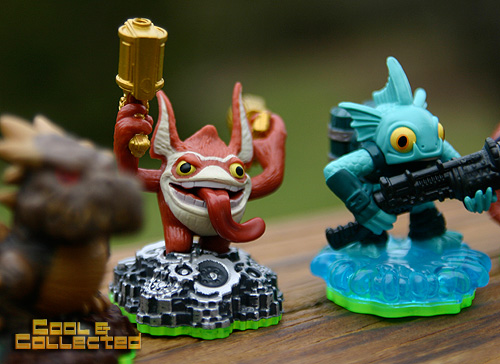 What excites me the most about this game is the future possibilities for the technology. Imagine if LEGO were to employ this concept–put your minifig on the portal and it’s instantly playable on the screen, with the same accessories and parts you used to assemble it. Or how about a G.I. Joe game where your action figure is your online character–whatever gun or accessory is in his physical hands would also appear in the game. Depending on the scenario that is happening in the game, you would need to choose the correct weapons expert to accomplish the task at hand — mind blown.

When we were kids, we had to walk to school in the snow uphill both ways, and we also had to invent our own story lines for our action figures. With the rise of video games, a lot of that imaginary playtime has been lost on children of today. That’s why I was happy the other night to see my boys chase each other around with a Skylanders figure in each hand, continuing the story we had just played in the video game. Of course, I instantly grabbed my favorite character, Trigger Happy, and joined in the chase. Pew! Pew!