Okay, I’m picking the low hanging fruit for today’s topic, but I’m three days behind so gimme a break.

Spider-Man is one of the “Big 4” for me when it comes to collecting. I focus on vintage Batman, Superman, Hulk, and Spider-Man items, but will occasionally pick up a random Captain America or Green Lantern toy, among others. Starting primarily in the mid 60’s the Big 4 appeared on all sorts of toys and collectibles. 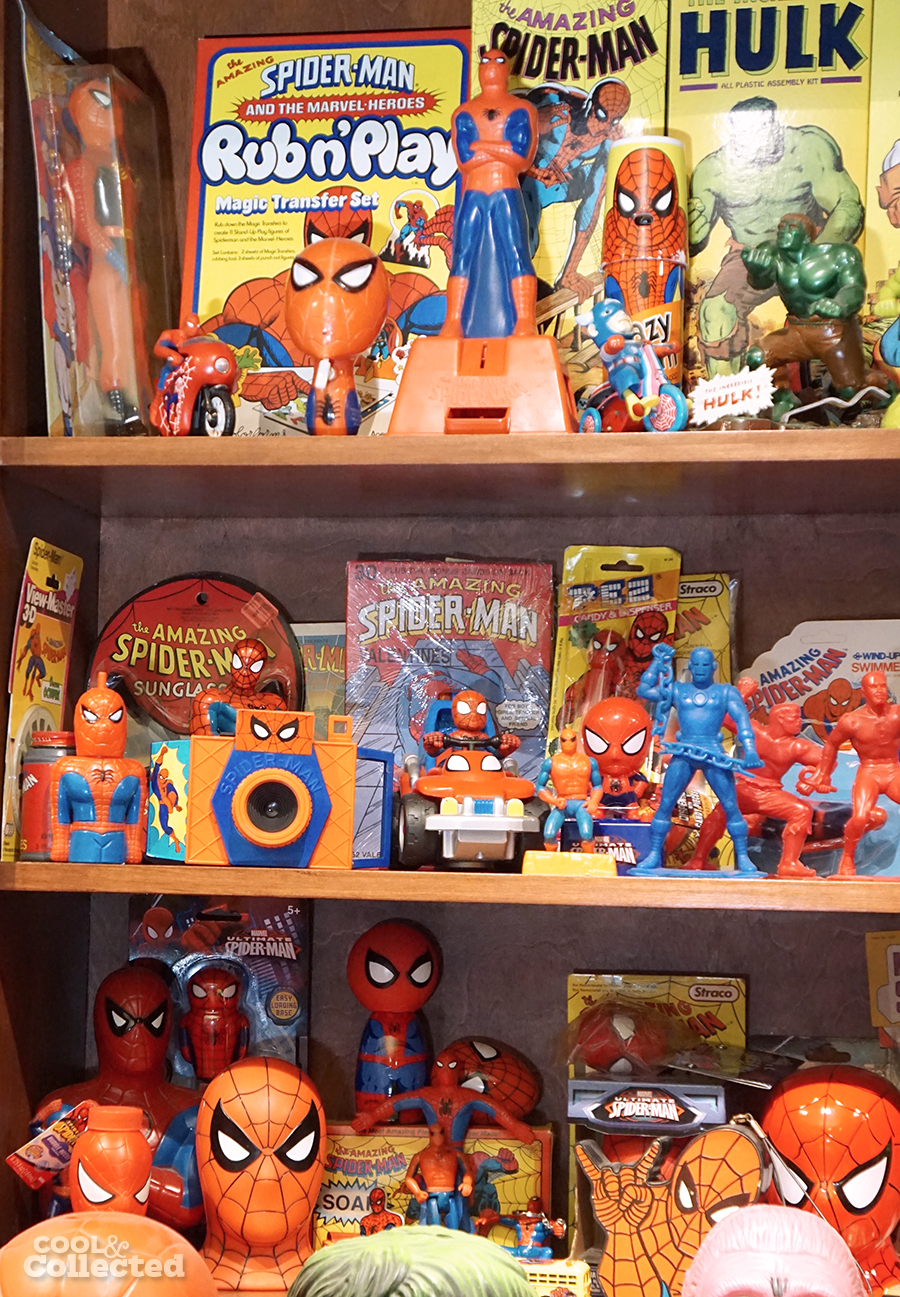 A lot of “character collectors” will buy anything and everything that relates to a particular character, but I realized long ago that that was a rapid way to the poor house, and unless you rent several storage units, you’re going to run out of room fast! If you set limits for yourself, by only collecting certain items, you’ll probably be able to enjoy your collection more. I try to limit myself to items produced before 1980, which seems to work pretty well, but of course, I break my own rule when something really great comes along. 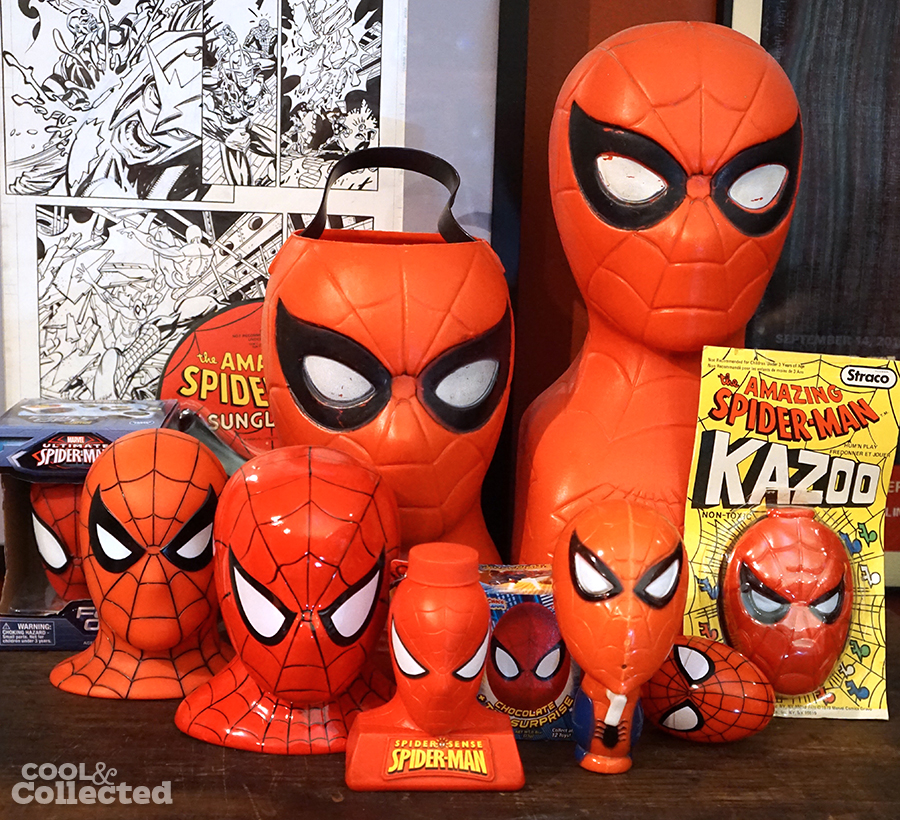 I particularly enjoy Spider-Man toys that are just the character’s head. Spider-Man’s mask is such a perfectly designed graphic element that companies have been plastering it on products since his origin. One of these day, I’ll set up a display of just Spider-Man heads in all shapes and sizes.