I’m somewhat of an auction veteran, having attended toy auctions, farm auctions, estate auctions, book auctions, and even storage lien auctions, but I have never been to a space toy auction. Let’s just say that yesterday, my mind was blown.

I woke up bright and early and drove to Buckeystown, MD, a tiny town outside of Frederick, MD, nestled among fields of corn. It certainly felt much further from the bustling DC metro area than it really was. Matt Protos’ Old Town Auctions was hosting the big event, and ‘big’ is a serious understatement.

The doors opened at 8:00AM and I heard the angels singing from the parking lot while beams of light poured forth from the doors. Inside those doors was a sight to behold… 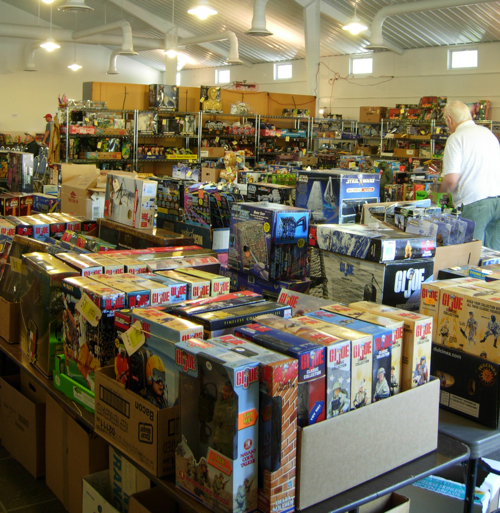 Stacked on and under dozens of tables were boxes of treasures spanning the last 50+ years. Star Wars, Star Trek, G.I. Joe, Buck Rogers, Flash Gordon, He-Man, and all of their contemporaries were up for sale to the highest bidder. And that’s not even mentioning the incredible selection of vintage tin toys — space ships, robots, trucks, and military vehicles. If one word could describe my first impression, it would be “overwhelming.” There were just so many incredible things to see, it was like a museum was selling its archives at a fire sale.

Matt Protos and his wife did an excellent job putting together a first-class auction. There was a good size crowd of collectors and the bidding was solid. I wouldn’t say there were any “steals” but there were plenty of good deals. It’s a good thing I am not a Star Wars collector because this auction could have put a serious dent in the retirement account.

I did my typical “auction prep” prior to the event, making note of what the items were worth (to me) and which lots I wanted moderately to insanely. If you’ve ever been to an auction, you know that the bid price can go very high, very quickly, and this was no exception. Most items started at $10 and I would estimate that $100 was the average ending bid. Plenty of lots sold for much more though.

This auction had internet bidding up to three days prior to the start date, but there were 100 lots that were not listed online and only available for bids from those of us who attended in person. This was where I knew I would have the best chance to win a lot, since I’m pretty much a cheapskate, and I did manage to get two — a box of space-themed books and magazines, and box of vintage western ephemera.

There were boxes and boxes filled with loose and MOC Star Wars figures. The figures averaged about $2 each, which was tempting to me, only because I’ve been paying six bucks for new figures at Toys R Us for my kids. If I had known how bad my luck would have been later in the day, I certainly would have bid on some of those, but hindsight being what it is… All I know is that there is one lady out there who left with a car load of Star Wars figures and did not break the bank doing so.

After the “appetizer”  auction, we got to the main course. Here are a few pictures of some of my favorite things… 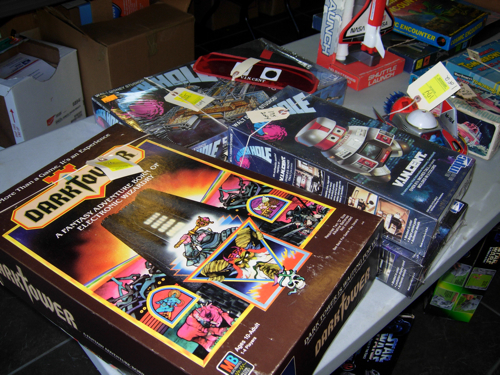 Remember the Dark Tower? I sold one of those a few years ago on eBay for $120. This one went for $130. I REALLY wanted those Black Hole models, but they went for $210, which was still a pretty good price for the three (and a hat). 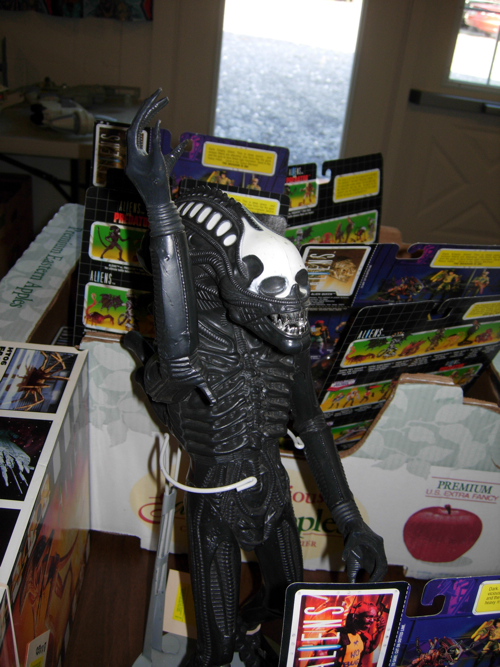 Here’s a Kenner Alien figure from the late 70’s. This figure was recalled because it was deemed too scary for kids. It seems pretty tame by today’s standards. It sold for a solid $100, right where it should be. 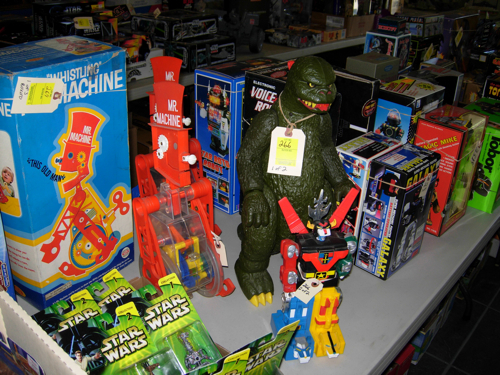 Godzilla! You know I’m a fan of this guy. He was sold in a lot with Voltron there for a good deal at $70. 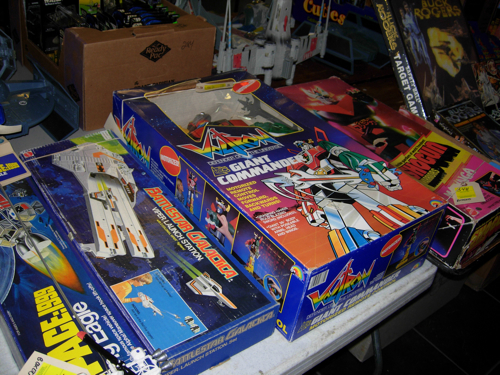 The Space: 1999 Flying Eagle went for $125, the Battlestar Galactica Viper Launcher sold for $150, Giant Commander Voltron for $160, and Shogun Warrior Mazinga took in $190 — all prices that I would expect to see. The crowd of bidders seemed to be collectors rather than dealers, which was nice to see, but meant higher prices than I was willing to pay. I’m cheap. I want a deal. 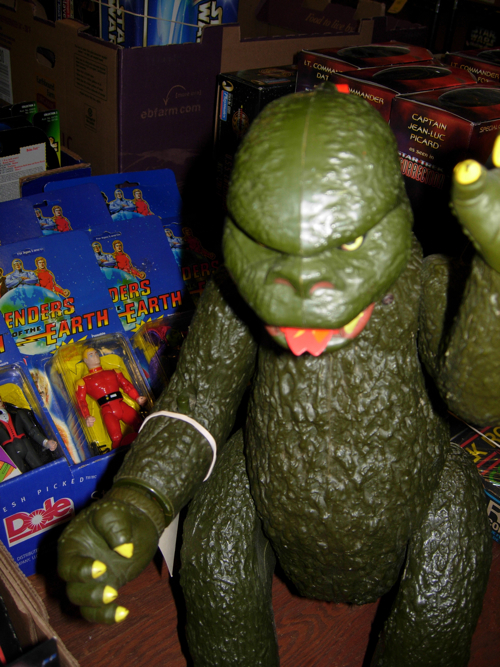 We meet again. This Godzilla brought in $70 alone.

In the next post, I’ll show you the really good stuff, the items that were kept behind glass not just stacked on tables. Oh, it will be a sight to see. Stay tuned for part two…