With temperatures clocking in at 100+ degrees, I was once again grateful that the Big Flea is an indoor event. I visited on Sunday afternoon and the crowds were thin, making the aisles seem much wider than usual, which made browsing the booths much more enjoyable!

I have been trying to scale back on my collecting focus, trying to buy only items that really fit into my collecting areas, and overall, I think I stuck to my guns pretty well… 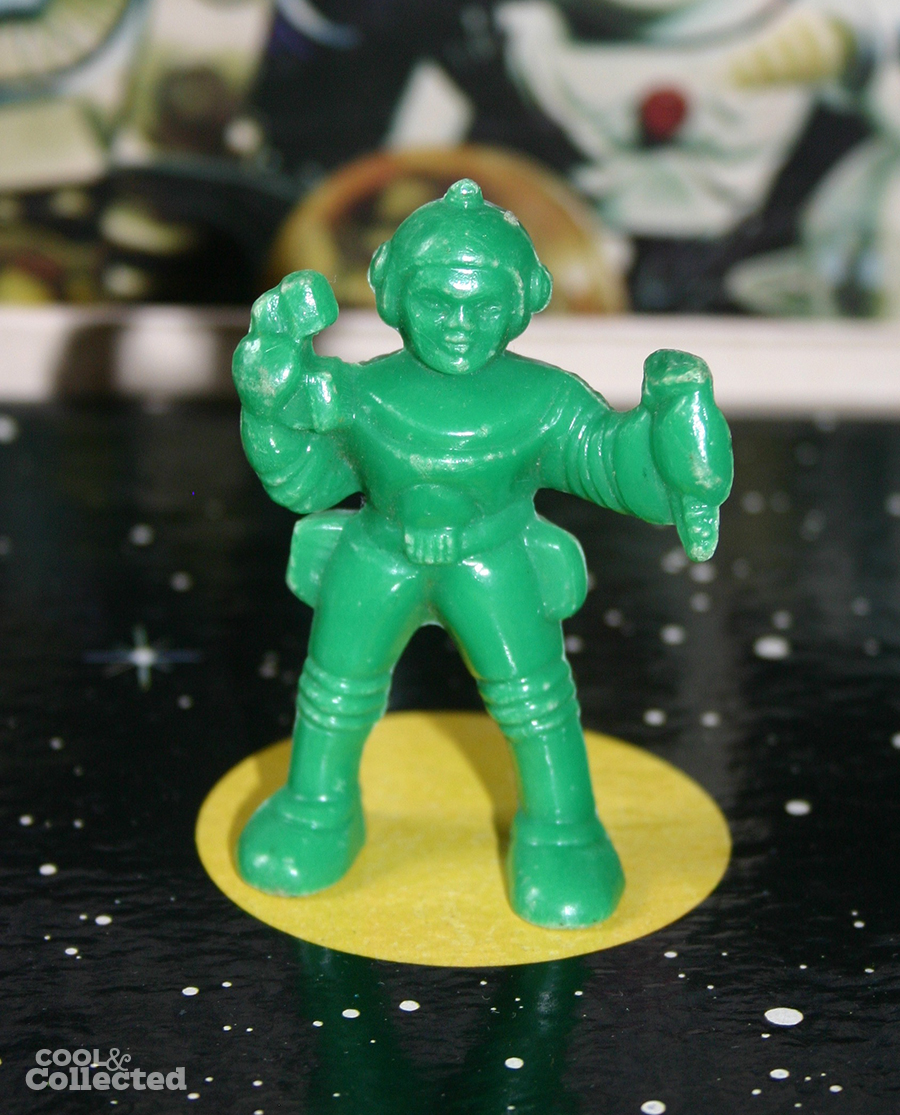 This little guy is probably my favorite find of the day, only because it’s a spaceman that I haven’t seen before. It’s always a good day when I come home with a new vintage spacemen for the collection, and this green guy phoning home, produced by Best, is pretty great!

I missed the previous Flea, but was thrilled to find at least five new vendors who were selling pop culture items and toys. That is a trend I like! Of course, one of the new sellers had nothing but brand new Transformers and Star Wars black figures. He was certainly out of place in the Big Flea environment, and I wonder if he sold a thing all weekend — I’m probably the only buyer who would be interested in his items, but I didn’t even stop to ask how much he was asking for his SDCC exclusive Batgirl figure — I just didn’t have the heart.

The Dulles Expo center is currently undergoing a major expansion, which will open up many more aisles for shows like this. If the number of pop culture booths keeps expanding, then the Big Flea will be a “must visit” event when it rolls into town every three months!