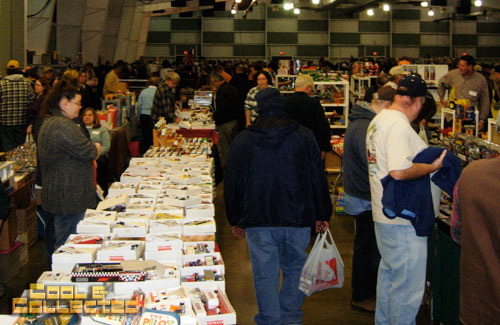 Yesterday, I visited the 31st Annual Greater York Toy Extravaganza. Last year’s show was my first visit, and I wasn’t sure if it was worth the gas money and getting up on a cold, dark Sunday morning again, but I’m glad I decided to return. There really seemed to be a better variety this time and I saw a lot of great items that I can only wish to add to my collection some day. 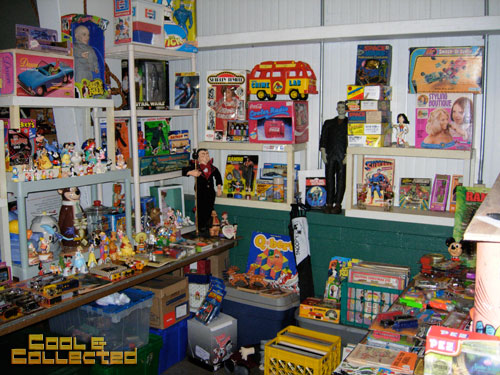 There were over 800 dealers at the show and you never know what you might find in the next booth. I met up with my friend Todd, from Hake’s Americana, who is a walking encyclopedia of vintage toys, and we roamed the aisles looking for the diamonds in the rough. (Check out this video of Todd’s James Bond collection that was featured on the local news a couple of week’s ago.) While we were at the show, Todd introduced me to a friend of his who runs an awesome web site for Superman collectors–a kindred spirit indeed! 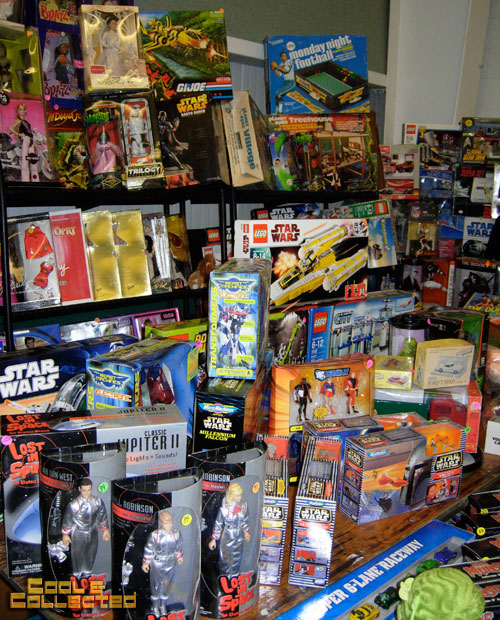 Toyman-X’s booth was filled with great new and vintage toys. Those Planet of the Apes playsets were so tempting, but I have consciously decided that I just don’t have enough room in the cave for large items like those (I need a bigger cave!). I was also tempted by a M.A.S.K. Boulder Hill playset and a Thundercats Lair, both in their original boxes.

So, what did I bring home with me this time? Here is the haul… 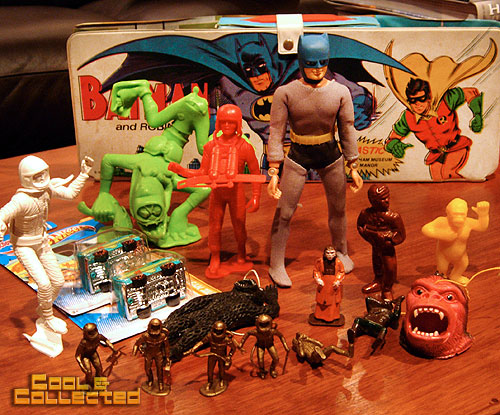 Like last year, I didn’t really buy anything that I would call “amazing” but I did find some fun smaller items to add to my shelves. I picked up a couple of the Hot Wheels Mystery Machines that have eluded me so far, and a Mego Batman figure who is in need of some clothing (but for five bucks he was a steal). A Dippy the Deep Diver Nutty Mad and a couple of plastic Planet of the Apes figures also came home with me. 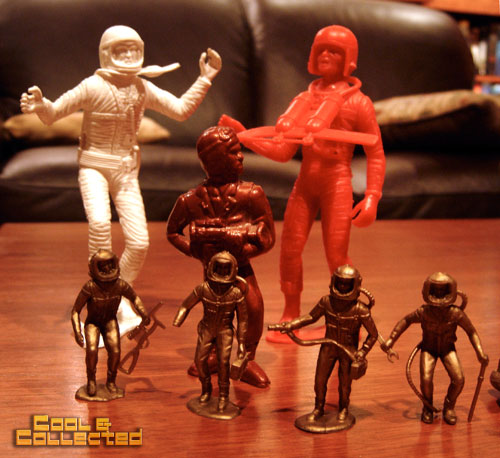 These vintage space men will fit in nicely with the rest of my fleet. 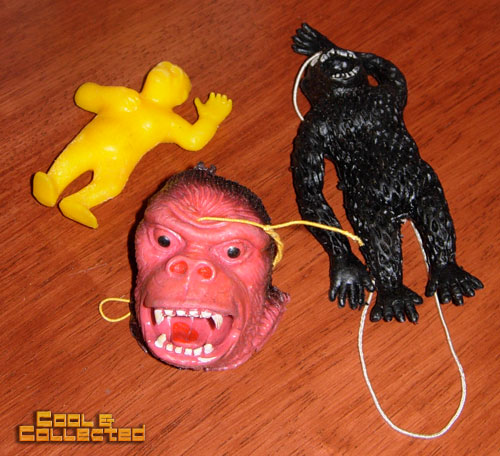 King Kong always finds his way into my car. The yellow figure is a gorilla from a safari set, but vintage gorillas are usually King Kong in my book. The jiggler was a fun find, and that rubber finger puppet face is awesome, especially when you place it over that Mego Batman’s head!

I struck up a conversation with one dealer who had a great assortment of King Kong items and he ended up rolling up his pant leg to reveal three massive King Kong tattoos depicting Kong from the three major movies. Anyone know a good tattoo artist? I have an idea. Don’t tell my wife. 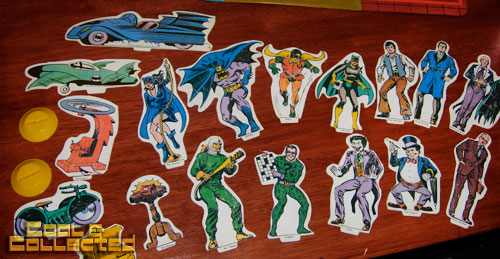 …and most of the pieces are there but I need to track down some more of those yellow bases. 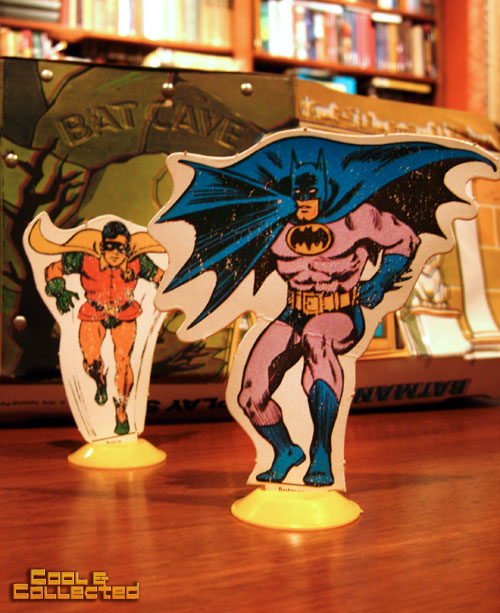 The playset set me back $40, which was by far the most expensive thing I purchased. Like last year, the really good stuff was really expensive–sadly, a Corgi 1966 Batmobile is still missing from my collection–but I’m glad I made the trip because I got to see a ton of awesome toys, and is there really any better way to spend a few hours?

Anyone else go to the show or find anything cool this weekend?