If you have kids, there’s a pretty good chance they spend a good deal of their free time building, exploring, and fighting in the unending world of Minecraft. My kids are uber-uber-fans of the game, so when we heard that there was a Minecraft convention coming to our area, I pounced on the tickets, knowing that this would be make me the “dad of the year” to my sons. I splurged on the (very expensive) VIP passes, which allowed us to enter an hour earlier than the riff raff slackers who didn’t pop for the “VIP experience.” The VIP pass also would get us an exclusive lanyard and special, up-front seating for the stage events. I patiently waited for the Facebook announcement for early bird access and, BAM!, three tickets were soon in my digital hands.

I was feeling pretty good about myself until strange emails started to arrive in my inbox, stating that VIP tickets were “now available,” and that only a limited number were left. When this happened several times, I got the sinking feeling that I had been duped. Having been told that all the VIP passes had sold out on day one, how were there thousands more tickets available a few weeks later, and then again a few weeks after that. Throughout the day,  emails would arrive stating that only X number of VIP tickets were left, counting down to a “Sold Out” message at the end of the day. It sure felt like something shady was going on. 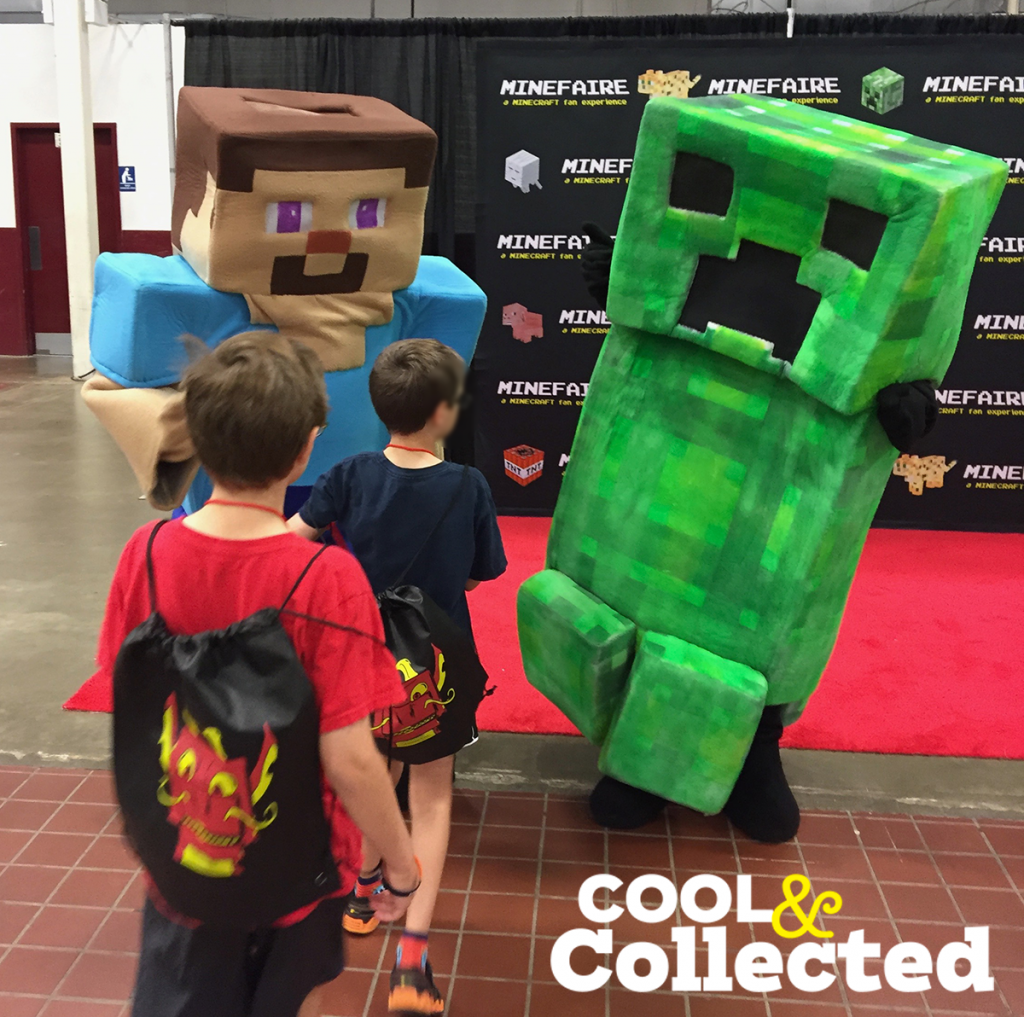 On Saturday, we arrived to an enormous line that snaked inside and outside the building — there sure were a heck of a lot of VIPs. We were funneled in at 9:00am, and when 10:00am rolled around, I expected the place to be flooded with even more people, but there wasn’t any noticeable difference. Everyone in attendance seemed to be wearing the VIP lanyard.

Mineplex, one of the top Minecraft gaming servers, took an entire room to themselves with 70 laptops connected to their servers. Attendees could play against their neighbors, but my kids were too smart for this, stating, “this is the same thing we do at home.” Fair enough, let’s try the virtual reality Minecraft exhibit — no dice, that line was easily the longest in the building and the slowest moving. We’ll just keep playing in regular old reality. 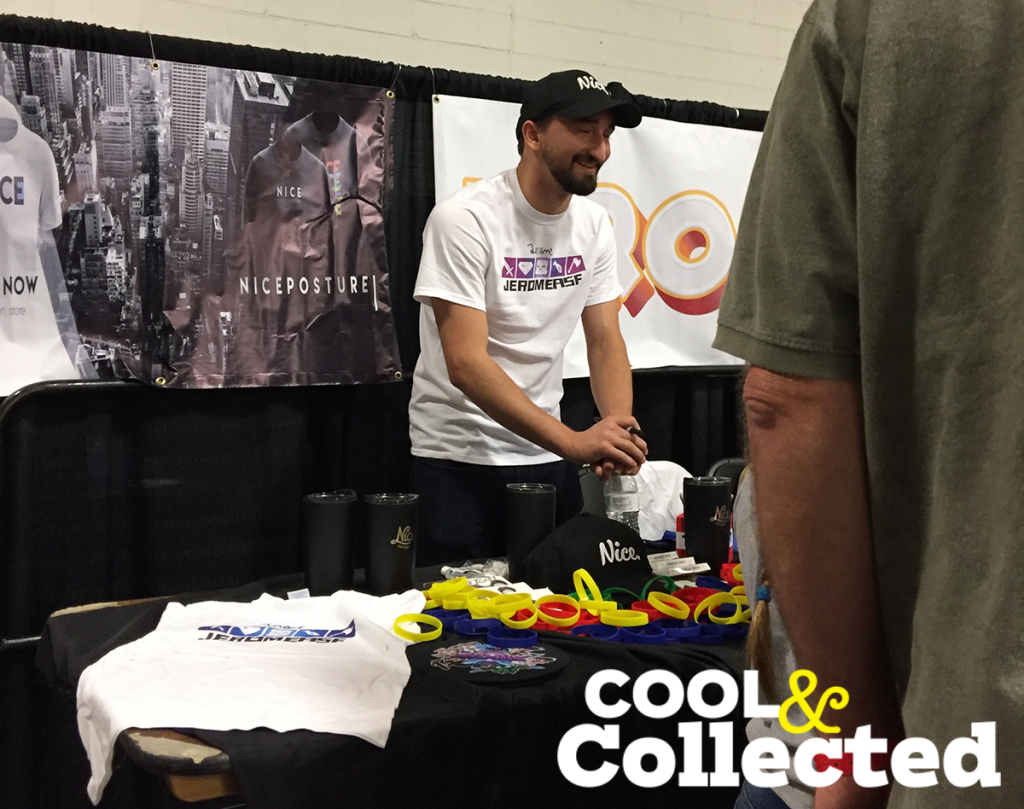 The idea of “YouTube stars” is confounding to me — anyone with a webcam can take a video of him or herself playing a video game, upload it to YouTube, and gain millions of viewers and fans. My kids are huge YouTube viewers and the chance to meet Minecraft YouTubers that they watch every day was the main reason they wanted to go to Minefaire. JeromeASF was the biggest name at the DC event. It would have been nice if there were a larger number of “big name” youTubers signing autographs, but not many seemed to want to come to DC — it is pretty hot here. There were almost a dozen “YouTube rising stars” holding meet and greets with the attendees, and not one of them looked old enough to have a driver’s license. 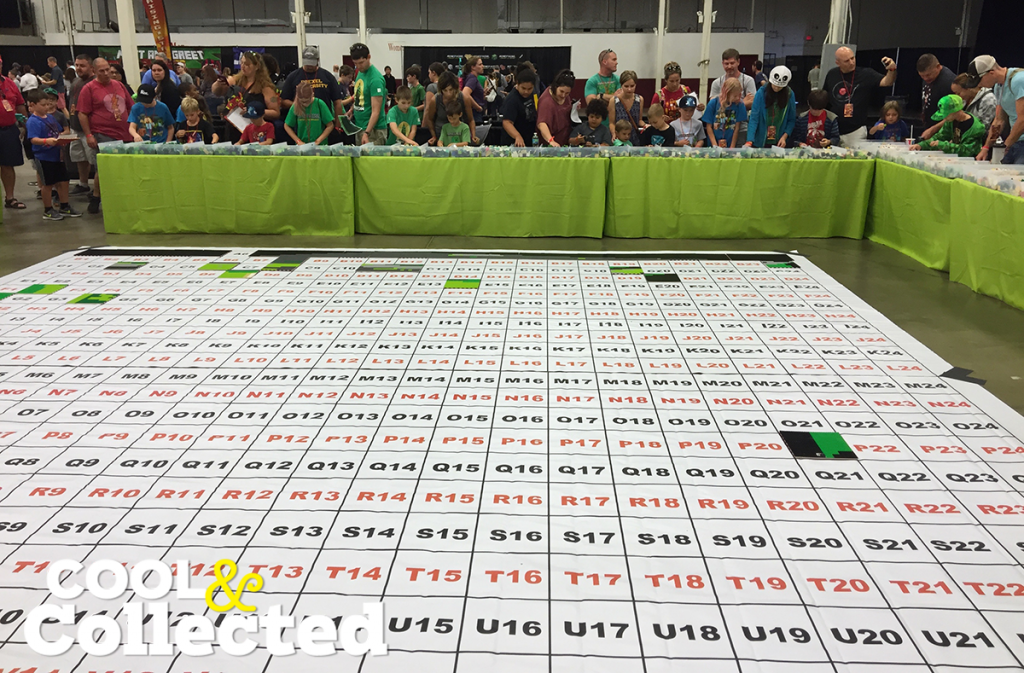 There was a Lego area that allowed you to free-build anything, but Minecraft creations were expected. There was also a giant mosaic on the floor that had 1’x1′ square tiles that were created by attendees. The tiles were pieced together to form a massive creeper (or, at least that’s what I figure it was, since we didn’t stay long enough to see the finished result). This is the kind of activity that i wish there was more of at the event. 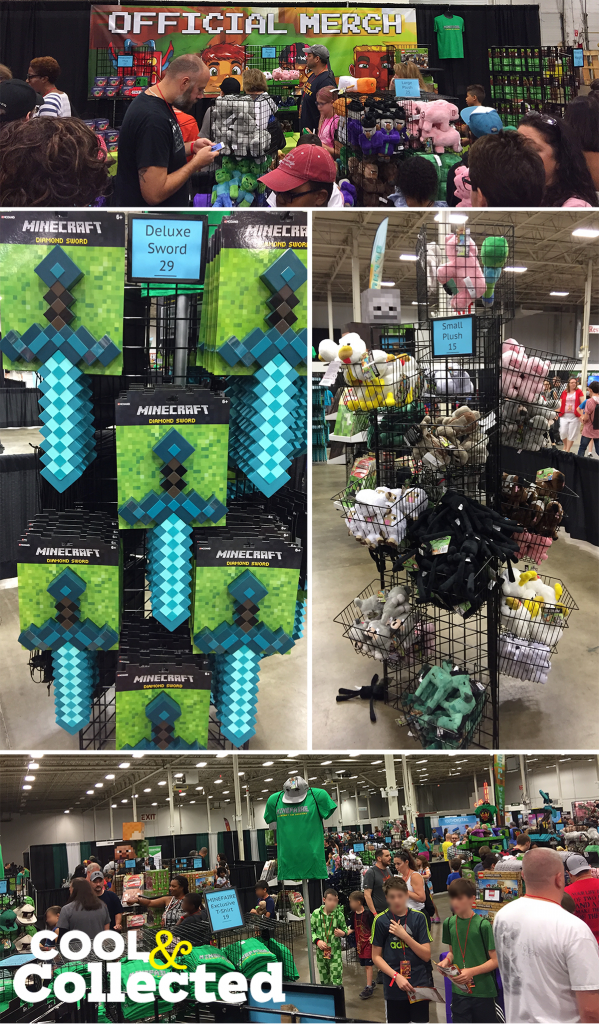 Surprisingly, there probably weren’t more than a half dozen places where the kids could actually do something (unless you consider spending money an active pursuit). The Lego areas were fun, and a few vendors had little distractions, but it would have been nice to see more activity stations, to help spread out the masses. My kids’ favorite table ended up being the “Real-life Minecraft” exhibit that the U.S. Geologic Society was running.  Minecraft players might assume that rocks and minerals only come in perfectly shaped cubes, but the USGS crew set them straight with mineral specimens they could touch and see up close. 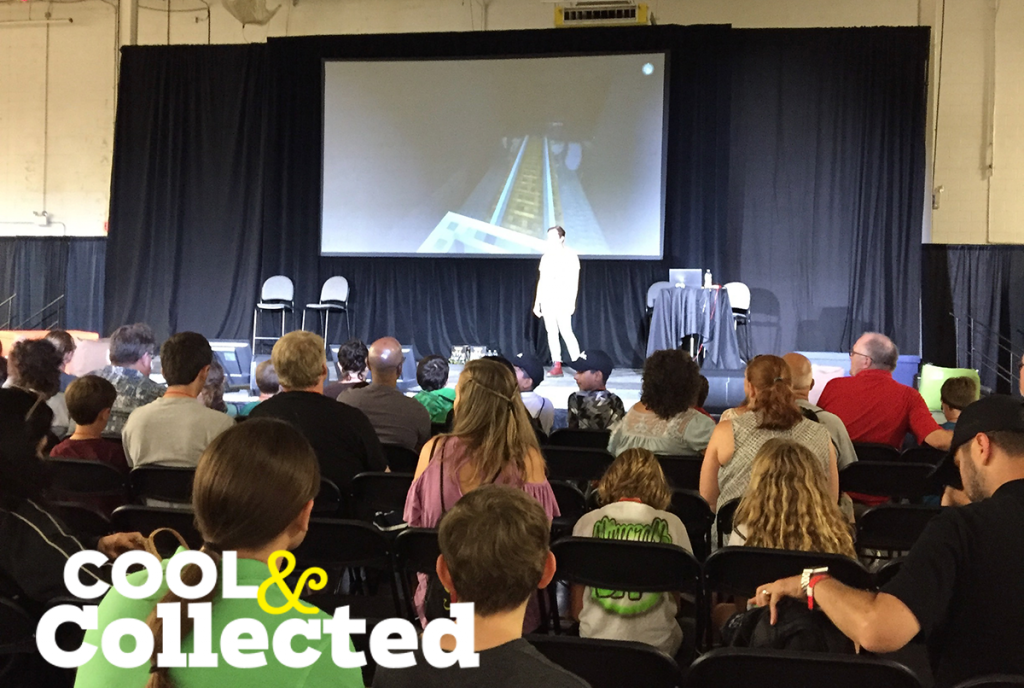 There were three stages with programming, but the open floorpan of the Dulles Expo Center turned all the audio into an illegible echoey mess. The kids enjoyed watching a couple of build battles, until they realized that they could just do that at home too. Oh, and what ever happened to the “exclusive VIP seating?” There was no need and no indication for any special seating areas that I could see.

Minefaire is in its infancy, and with only a few shows under its belt, it has some room to improve. Ticket prices in the $20 range would have made this experience much easier to enjoy, but having paid $60+ per ticket, I left a little disappointed. Despite my high hopes that this would be an epic event that the boys would remember for a good long time, it ended up being a fairly ho-hum morning. We were home by noon and the kids were happy to log onto the Minecraft servers and get back to exploring, building, and battling.