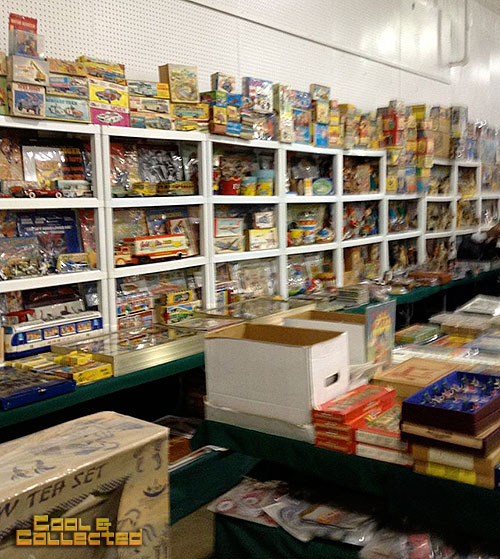 Early on Saturday morning, I made the trek to Maryland to visit the Dave Hart Shows, Toy and Collectible Show. Apparently, this show comes around twice a year, but this was the first time I had ever been — it won’t be the last! 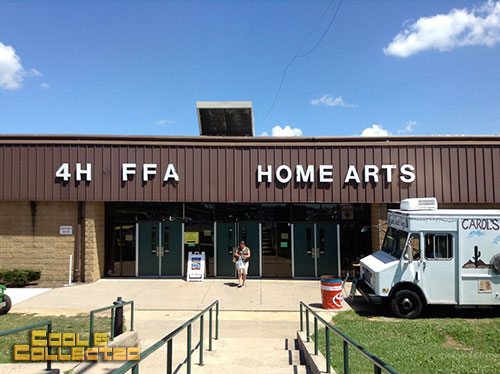 The show was held in the 4-H building at the Timonium Fairgrounds, just north of Baltimore. Over 80 dealers were selling the goods, and I did my best to help lighten their load.

This vendor took the prize for the most eye-catching booth with three life-size Predator props demanding you to look around. 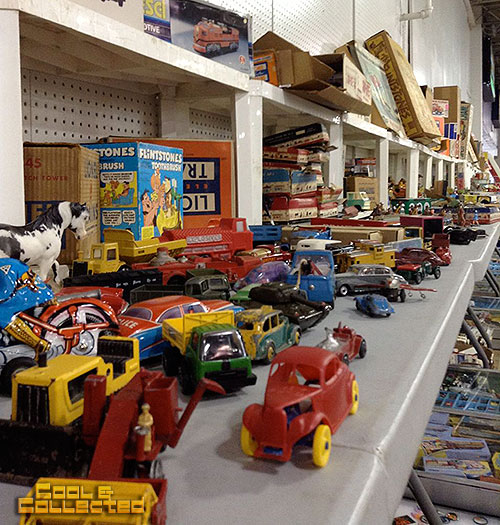 I’m not sure if it was the location or the fact that it was such a nice day outside, but all the vendors were extremely nice and approachable. I asked plenty of questions and learned a lot about items I had never seen before. I caught up with a few vendors that I know and met some new folks that I hope to see again. Here’s a photo of Brent Stokes’ booth, which is always filled with awesome vintage toys. 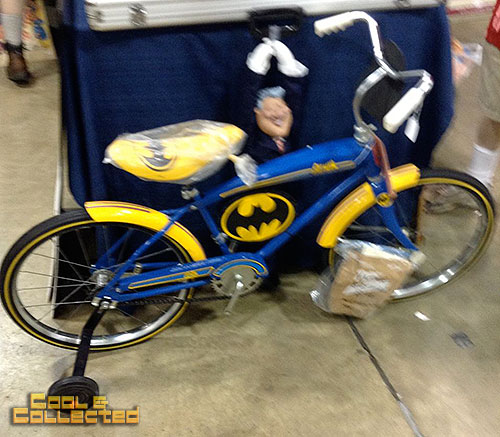 Here is one item that I would have loved to throw in the trunk of my car, but I didn’t even dare ask the price on it. This Bat bike was pristine!

Here’s what I did bring home with me. Overall, it was a successful day of toy hunting!

In the cheapo bins, I managed to find these great space toys to add to the collection.

Now, this is why you should go to toy shows or antique stores! I had NO IDEA these things existed, but now I want them all. This is a snap together Dr. Seuss “Norval, the Bashful Blinket” model kit that Revell put out in the 60’s. I saw this guy on three different tables, at vastly different prices, but this one came home with me. After looking on eBay

, I probably overpaid at $30, but man, he looks great on the shelf! 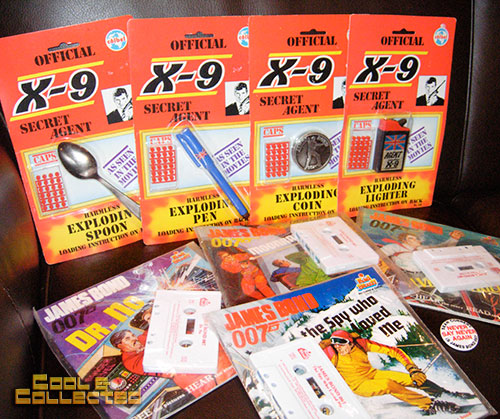 I rescued all of these awesome James Bond items out of a dollar bin! Seriously? Apparently, no one else thought these were as awesome as I did? 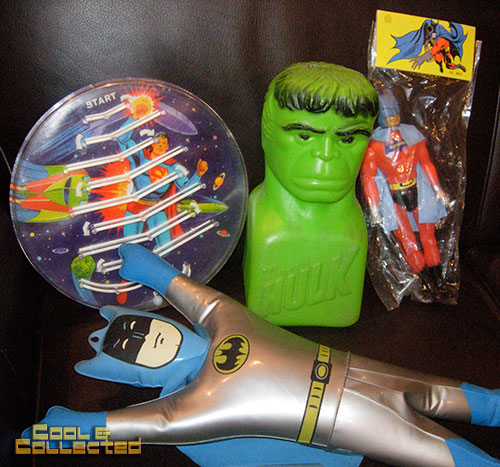 I went to the show hoping to find a vintage Batman item to add to my collection, and I found two–and a really cool 1966 Superman ball maze, and a miniature Hulk bank to go along with the large version I already have.

One seller had a dozen of those Mexican bootleg Batman figures and some Superman ones as well. I should have bought every last one of them — I’ll have to check back with him at the next show! 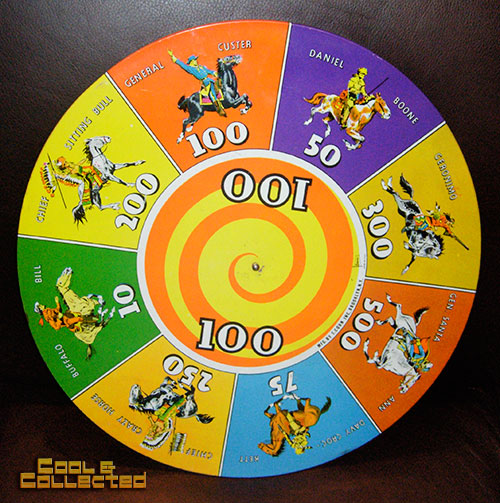 I am such a a sucker for vintage target game boards. I almost bought three of them, but limited myself to just this one, which spins around in a mesmerizing fashion. I’m getting sleepy…

This was a great show for any toy collector, and I can’t wait to visit it again in the Fall. If you’re within driving distance of Baltimore, you should check it out–just leave the vintage Batman toys for me!