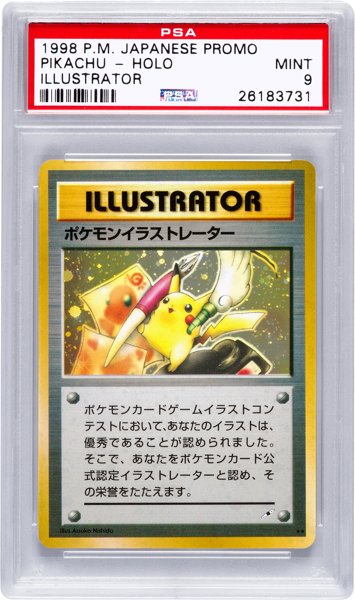 Excuse me while I go rifle through my sons’ Pokémon binders.

A mint condition example of the elusive Pokémon “Pikachu Illustrator” trading card sold for a world record $54,970 at Heritage Auctions this past weekend.

“The Pikachu Illustrator Card was given in January of 1998 to winners of the CoroCoro Comic Illustration Contest,” said Barry Sandoval, Director of Operations for Comics at Heritage Auctions. “Only 20-39 copies of this card were released, 10 of which are graded in top condition and it is unknown how many still remain with the public.”