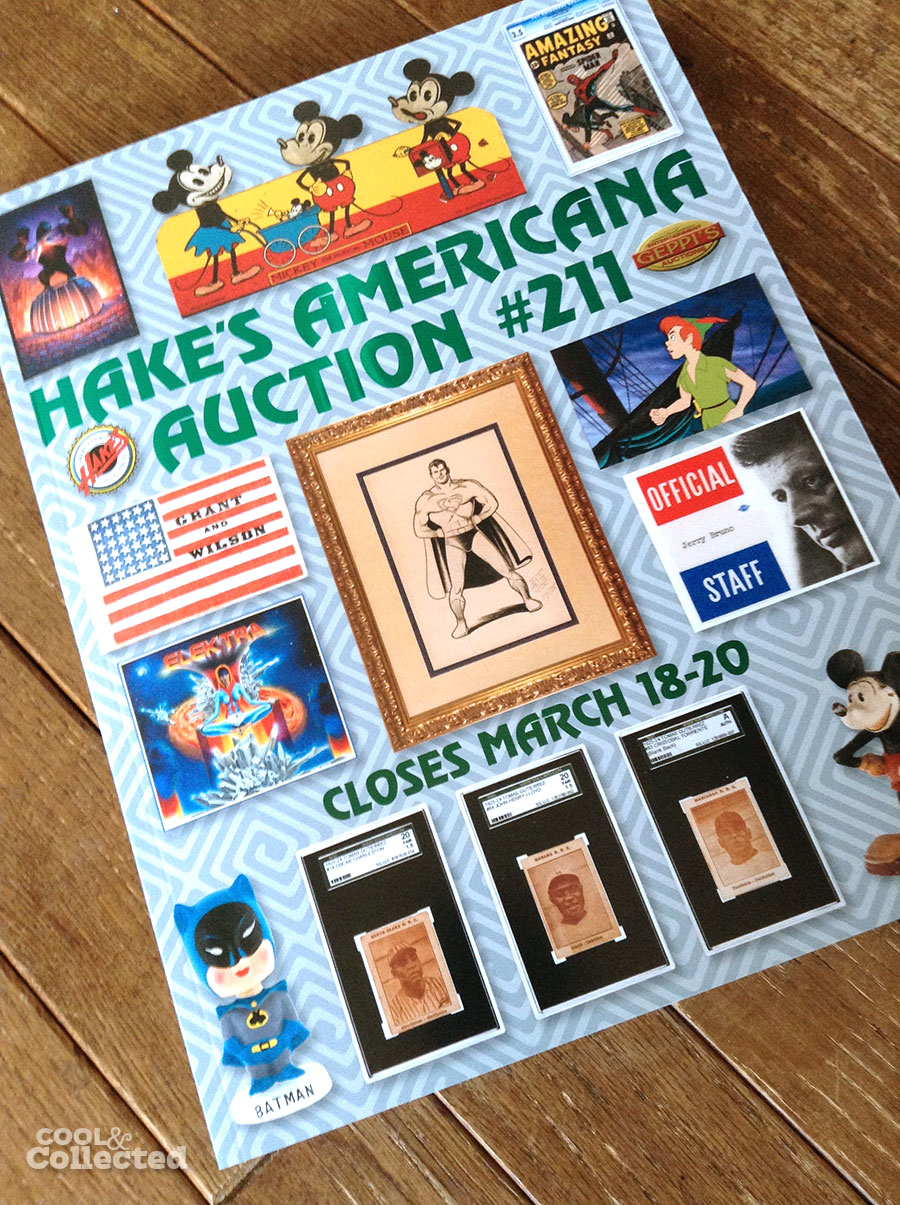 Last week, the newest auction went live over at Hake’s Americana & Collectibles. Every time a new catalog is released, I clear a few hours to devour the pages and see what treasures the crew in York, Pennsylvania has discovered this time around. Usually, I head straight towards the Batman section and branch off from there, going to other categories, such as Space Character Heroes, Cowboys, Comic Characters, Original Art, Movie Memorabilia… let’s just say, it takes a good while to get through it all.

In every one of these auctions, there always seems to be that ONE item that just delivers a firm punch to the gut — an item that I want so bad it hurts. Call me crazy, but I really do get this way when I see an item, and the more I look at it, the more I want it in my collection. The feeling is palpable, and I get the rumblings of physical pain as I realize I will probably never own this thing. Okay, I have issues, and probably should see someone about that, but let’s put that aside for the moment. The item in this most recent catalog that had this effect on me was this… 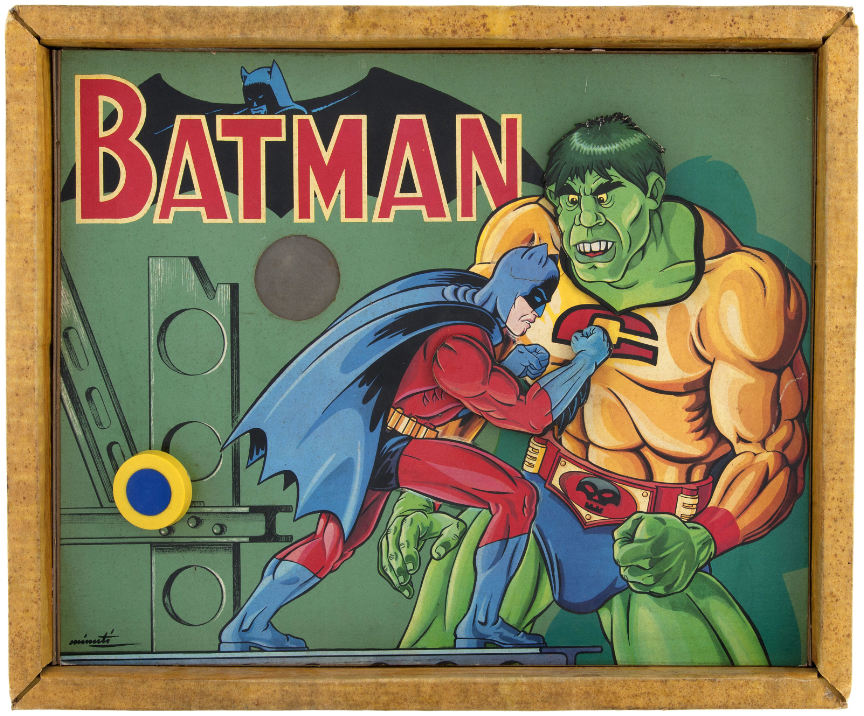 My initial reaction to seeing this: “What the Hell is that?!?” After reading the catalog description, I learned that not only does it look great, it also moves! This is a large game from the National Periodical Publications (1966), produced in Mexico, that features Batman in his wacky red suit giving an uppercut to a Hulk-like creature. You move a knob to throw a punch, and when Batman knocks off the monster’s head, the Joker, Penguin, and Riddler are revealed. The back of the piece is a tangle of wires and machinery that make it all happen, with lights and buzzing sounds. Oooof!

Let me just say, that this thing would look ASTOUNDING in my cave. I love the fact that it’s big, measuring in at over 17″ x 20.”  I would have to mount this in a shadow box to keep me from constantly playing with it (and breaking it). The original starting price was $250.00, and within three minutes of the auction being announced, the price jumped to $300.00 with several bids — obviously, there are others out there with good taste. I’m sure that price will go even higher before the auction ends on March 20, so I might just need to hold a fundraising event in the coming weeks, maybe a car wash or bake sale.

There are so many amazing items in this auction. If you’re a collector or even just a fan of pop culture, set aside a morning or evening to browse through the catalog and soak it all in — and let me know what knocks you out!