If you’ve been following along with me this month, today’s choice of topics might have you scratching your head, but bear with me, it’s relevant, I promise!

The longer one collects things, the more tools he adds to his bag of tricks to repair and preserve items that may not arrive in minty condition. One of my favorite tricks is Naphtha, also known as lighter fluid, or that stuff that makes your head swim if you forget to open the window before using it. Naphtha is excellent at removing sticker residue from price tags, but I find it most useful for removing tape. I once bought a G.I. Joe WHALE and its original box had been covered in brown packing tape back in the 80’s. With a small paint brush, naphtha, and an hour of effort, I had removed all the tape, and the box looked amazing.

This Micronauts Giant Acroyear was a yard sale find, and the owner “thoughtfully” taped it shut so none of the pieces would fall out and get lost. This was blue painter’s tape, which isn’t nearly as sticky as packing tape or masking tape, but it still would have done some damage to the old cardboard if I had just pulled it off. The naphtha actually dissolves the glue, without harming paper products. Always test this technique first, because I’ve found that in some instances, the moisture of the naphtha can cause damage, especially if the item is really dirty. 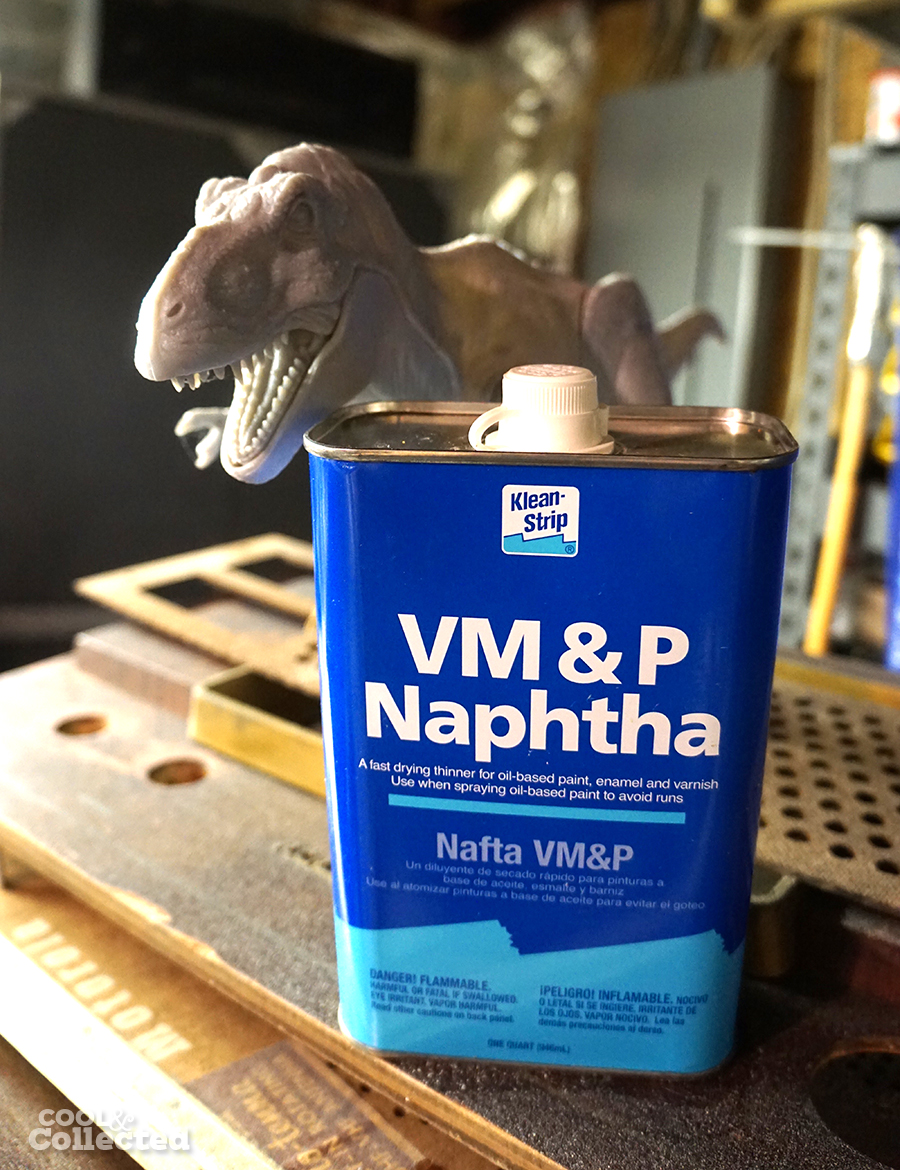 Naphtha happens to be on my mind today because of an experience I had with it over the weekend. We bought my son a set of dressers off of craigslist and the drawers had had contact paper in them at one time, which left a sticky residue behind. Well, I knew how to fix that — naphtha! So, I proceeded to pour naphtha in all the drawers and scrubbed my arms sore until all the residue was gone. Once the naphtha dried, it was readily apparent that the wood had absorbed the smell and the whole dresser reeked! I had forgotten that naphtha is the main ingredient of moth balls, so now the dresser smells like an antique steamer trunk that has been in a warm attic for a few decades. Nothing a few days in the sun won’t fix… I hope.

Another weekend passes, and I slip another day, but hopefully I can double time it at some point this week to get back on pace for the Blogging from A-to-Z Challenge. Now, what should I do for O?