Now this one might come as a surprise to some of you, unless you’ve been around for a long time — I have a pretty massive collection of Halo’s Master Chief toys and collectibles. If you are a member of generation X, Y, or Z, chances are that you’ve played a few rounds of Halo on an XBox or PC. Not too long ago, I wrote about how I like to collect icons, and I think that the Master Chief character is one that will be fondly remembered many years from now. I grew up up with TV personalities, but today’s kids are growing up with video game personalities, and there is no bigger video game star than Halo’s Master Chief (well, other than Mario, maybe).

I remember playing the original Halo video game every evening after work for hours and hours, and kept on playing through all the subsequent iterations. For me, there’s nothing better than Halo 3 for gameplay, but they’re all a blast, and I’ve been having a great time playing with my kids now that they’re old enough — and yes, they absolutely destroy with me without mercy.

Halo’s Master Chief, AKA John-117, is a character with a rich backstory and the Halo universe has plenty of novels, comics, and videos that add to the story. The faceless hero of the franchise exhibits all the characteristics of a true hero and I hope he can uphold his reputation for a good long time to come — otherwise, I’m going to be stuck with a LOT of worthless merchandise. 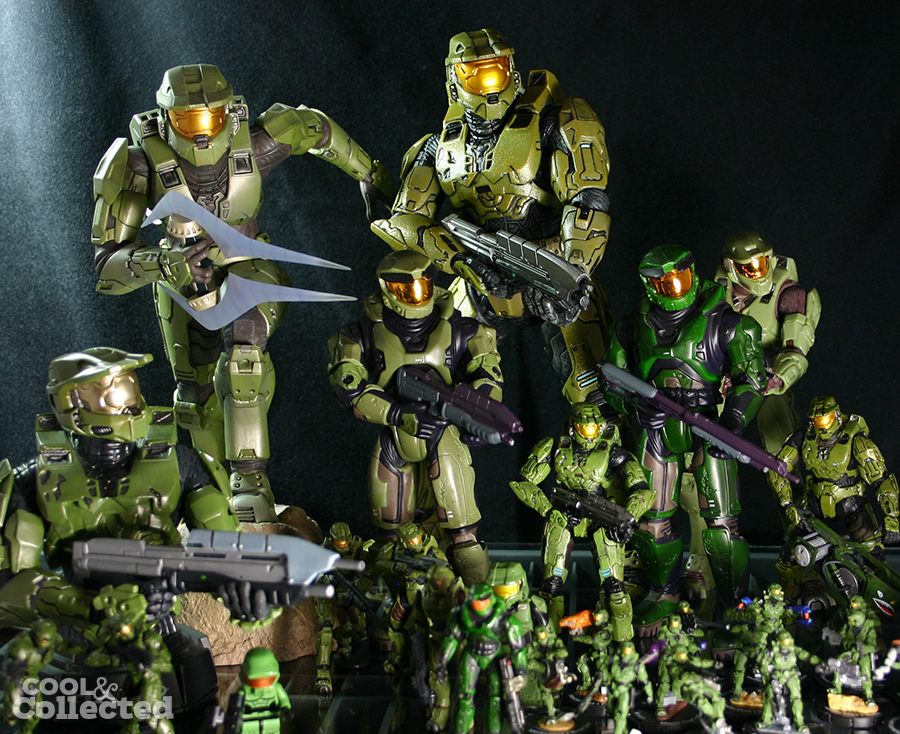 This is a picture I took of my collection a few years ago. Needless to say, there is plenty more than this now! 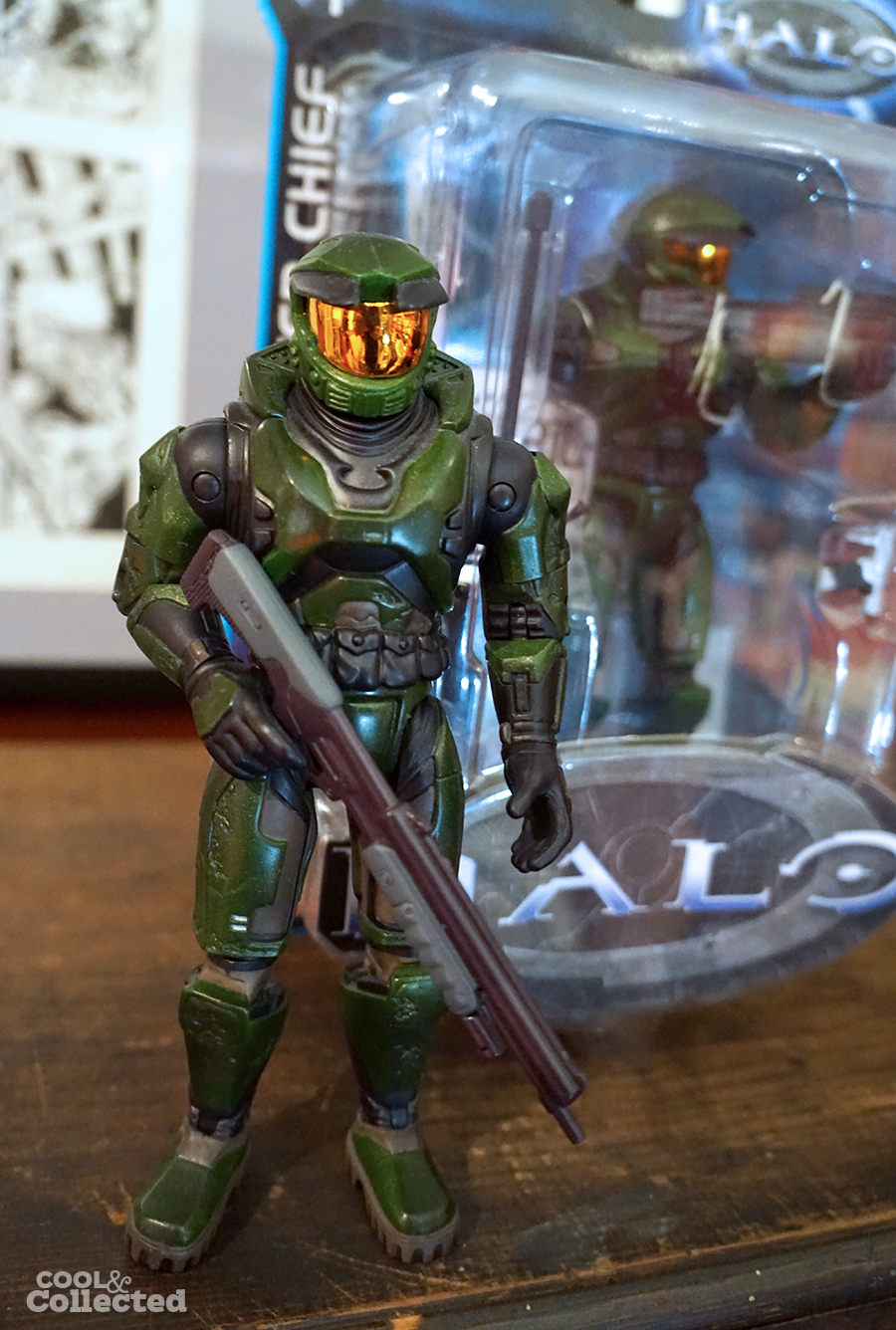 This is the first Master Chief figure that Joyride produced for the original Halo game. This remains as my favorite of all the figures that have been made — the crudeness of the armor and that bright green are awesome! 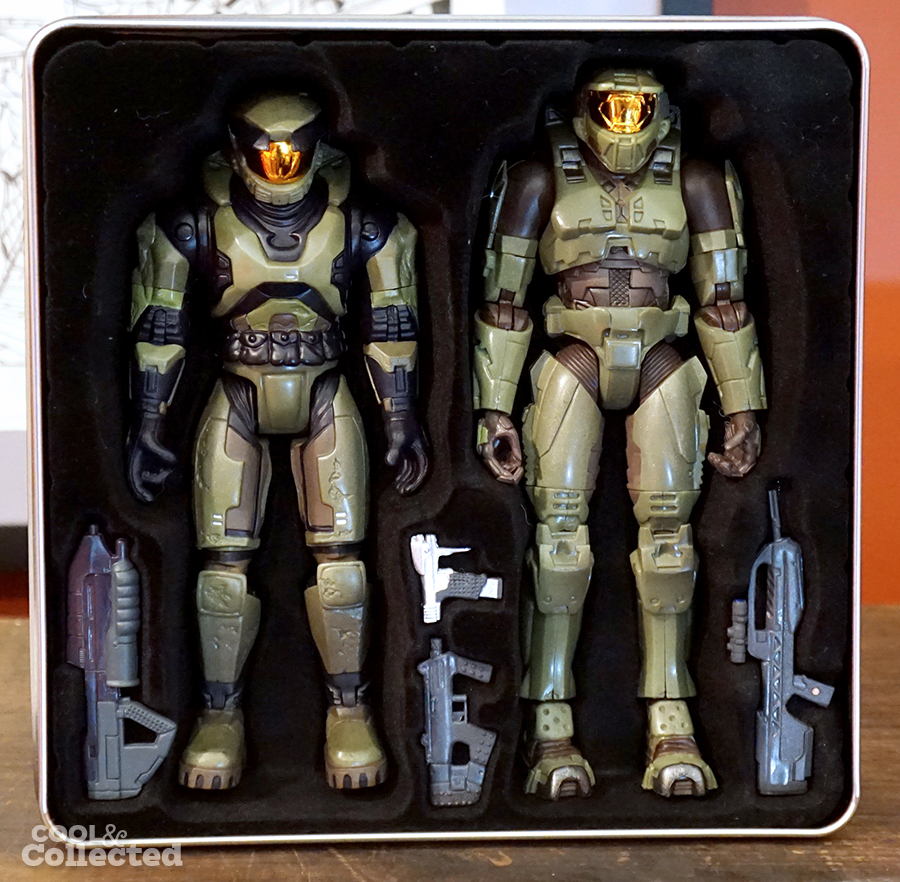 When Halo 2 came out, the special edition of the game came with this 2-figure set that had the original Master Chief alongside his new and improved look.

I’m not really one to buy statues or maquettes, but I make an exception for ones featuring Master Chief.

After the Halo 3 excitement died down and McFarlane Toys took over the toy line, my collecting interested started to wane, only because it was too much to keep up with. The success of the Megabloks line didn’t help either. I’ll still pick up a random figure now and then, but I’m certainly not the completist I once was.

Well, we reached the halfway point of the Blogging from A-to-Z Challenge, and I’m starting to feel the effects. This is exhausting, but I’m going to try and keep up, so check back soon for “N.”