My kids have a lot of LEGO minifigures, and by “my kids” I mean me. Sure, they might think that all those figures are theirs, but did they pay for any of them? Nope, not a one. So, I’ll take the hot dog man, and Batman, and viking warrior, thank you very much.

It’s great to line all these figures up in a row and make the strangest parade route you’ve ever seen, but I thought it was time to make a display that would get at least some of them up off the floor. I know, I can hear you already, “but what if the kids want to play with the figures?!?” Well, that’s just not going to happen, do you have any idea how expensive those things are. Nope, these figures are worth their weight and gold and damn if I’m going to let Robin Hood lose his arrow quiver in the couch cushions.

A trip to Ikea yielded a couple of shallow shadow boxes, which were perfect for this project. I originally planned to use a few baseplates for the background, but the proportions weren’t right and all those bumps were too busy for my tastes. So, I cut a sheet of red mat board to size and glued a whole bunch of red 1×2 bricks down with some Kragle. 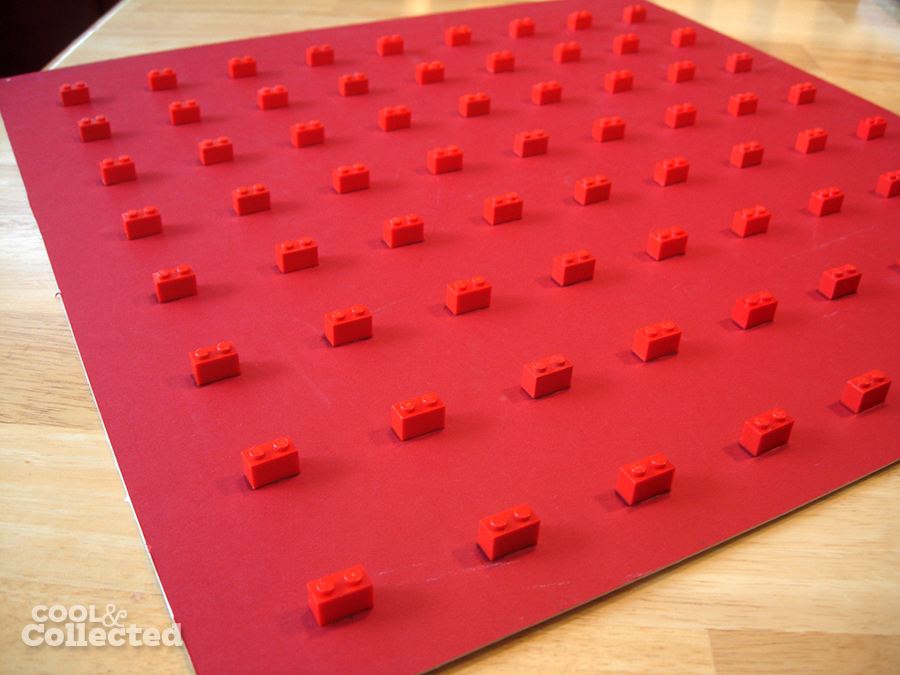 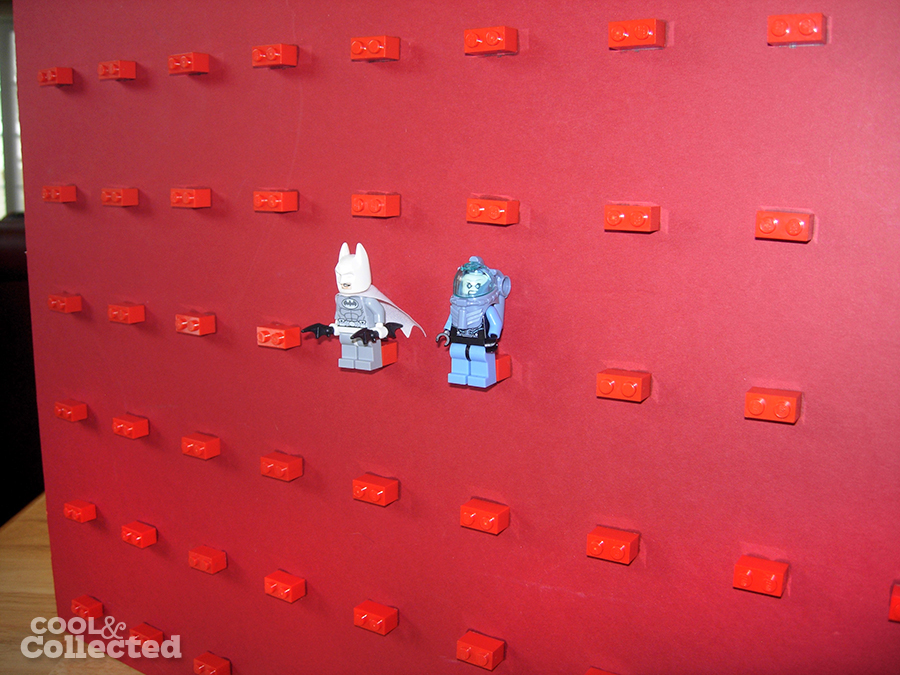 Once the glue dried, it was a simple matter of sticking the back of the figures’ legs to the bricks, which made the figures look like they were floating. The red 1×2 bricks almost disappear. 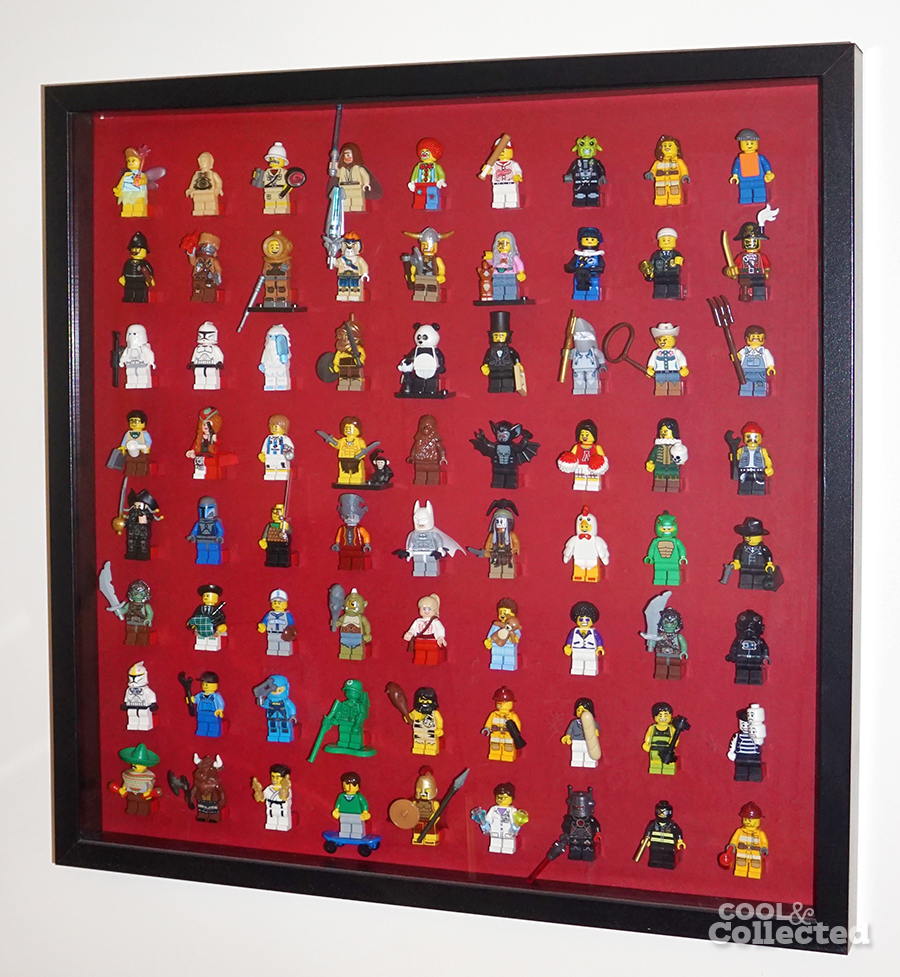 Here’s the finished result. Not too shabby.

For the large display, I let me kids choose their favorite minifigs, which certainly did not jive with my opinions. You will see generic LEGO dock worker mixed in with some of the greatest and not so great figures in their collection — I mean, MY collection. There’s just no accounting for taste. 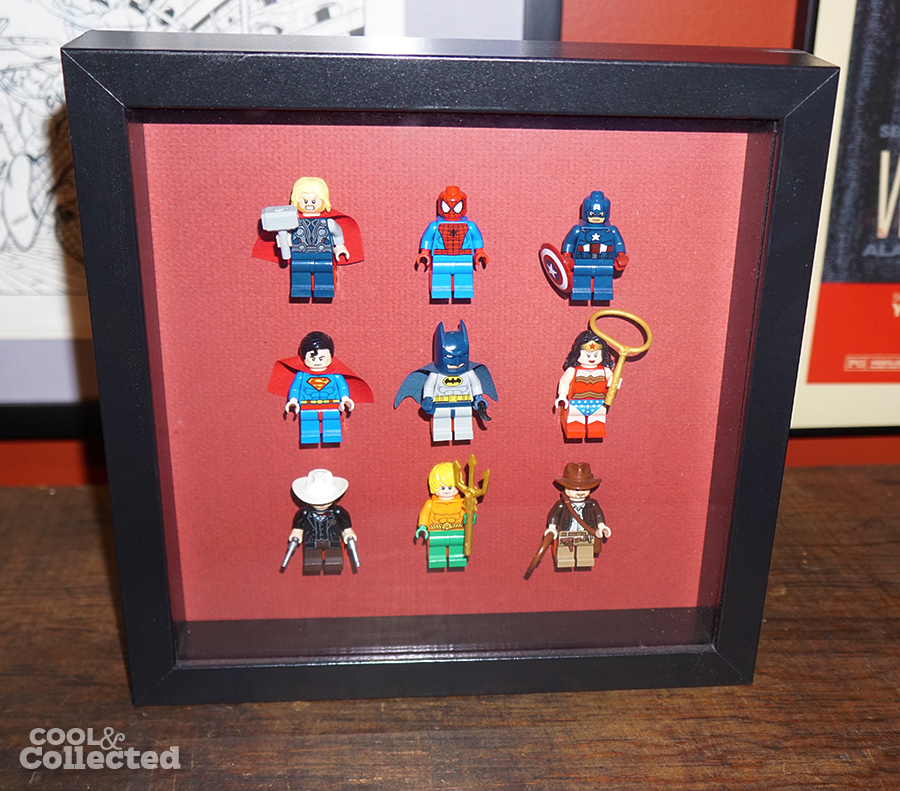 I made a much smaller display for my own cave, which shows off a few of my favorite heroes.

This was a super simple project to complete, and if you have a bunch of minifigs lying around, you might want to give it a try!

The Blogging from A to Z Challenge continues tomorrow with the letter M! Will it be Marvel, Mutants, Minions, Manatees? Find out soon!