This post has been simmering for a long time. Back in November, I purchased this huge 1/4 scale Batman figure from Big Bad Toy Store as soon as it went on sale. When I opened the box, I was ecstatic! The Adam West likeness is incredible, and the figure stands at over 18″ tall — this is a beast. I laboriously freed Batman from his cardboard confines by untwisting multiple wire ties, and molded plastic, but mark my words, this thing should have come in a box labeled “Fra-jee-lay.” I went to pose the figure by bending his leg at the knee, and SNAP — instant amputation. Fuuuuuuuuudge! (Hey, look — two Christmas Story references in one paragraph — and it’s May!). 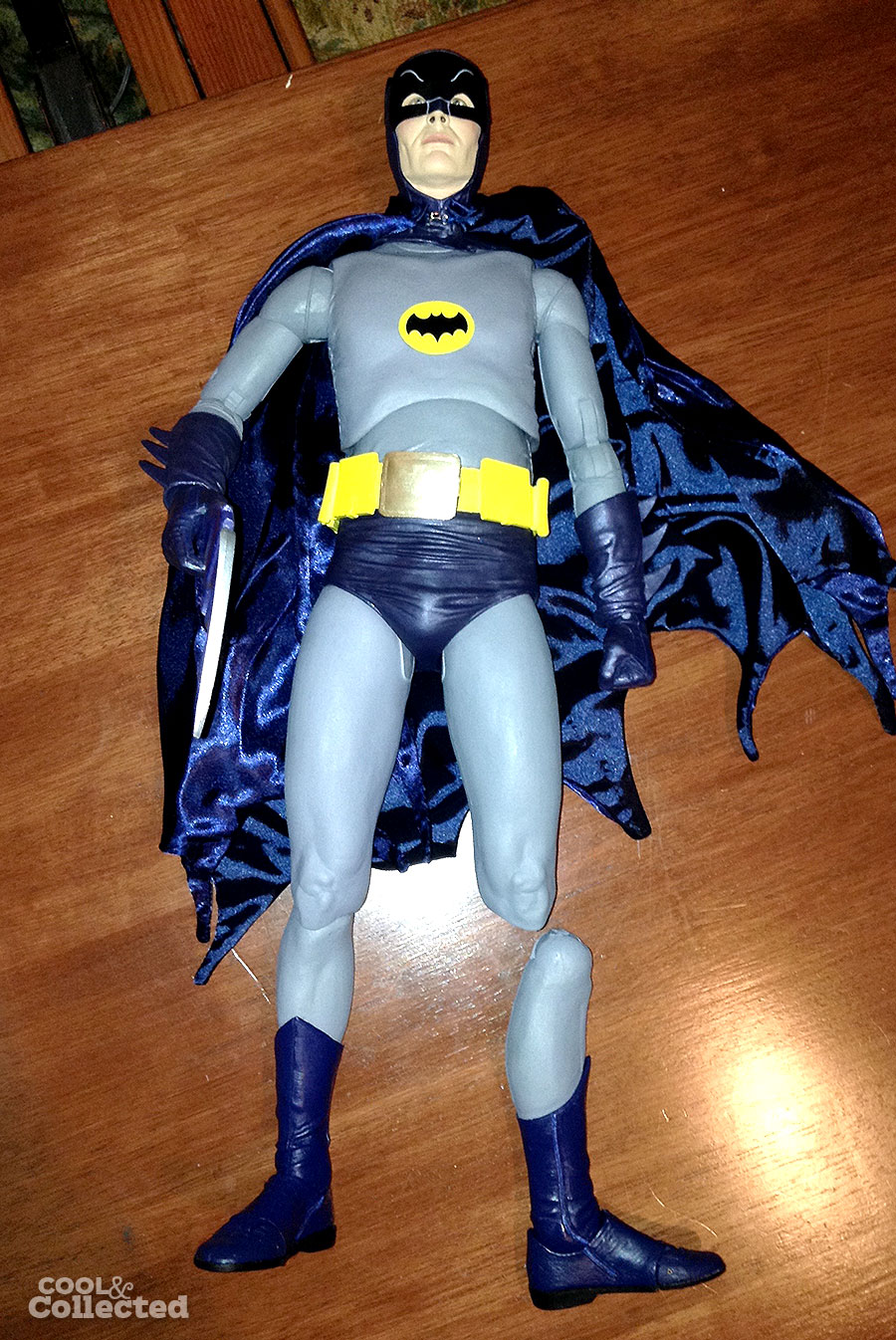 This was an absolute gut punch. I had waited and waited to buy this figure at a price that wasn’t too crazy, and then this happened. Prior to making the purchase, I had seen the figure in action in online videos, and was so excited to add it to my collection, but after applying the slightest bit of pressure, the knee just snapped off. I’ve never bought one of these large scale figure before, so this was definitely an unpleasant surprise. A quick search later told me that submerging joints in boiling water is a good solution for overcoming the sticking problem. I guess the paint acts like a glue making these figures statues rather than articulated figures.

Maybe NECA should have included a note about heating up the joints on the box or in the non-existent instructions. Bah, who am I kidding — an “action” figure shouldn’t need instructions.

Totally deflated, I packed up the figure and returned it. First, I tried to contact NECA since this seemed like a manufacturing defect, but they were no help. Luckily, Big Bad Toy Store did me justice and sent me a replacement free of charge. This new figure sat unopened for months because I was still bummed over the original experience. Well, I finally got around to opening it and you can bet I boiled those joints this time around. 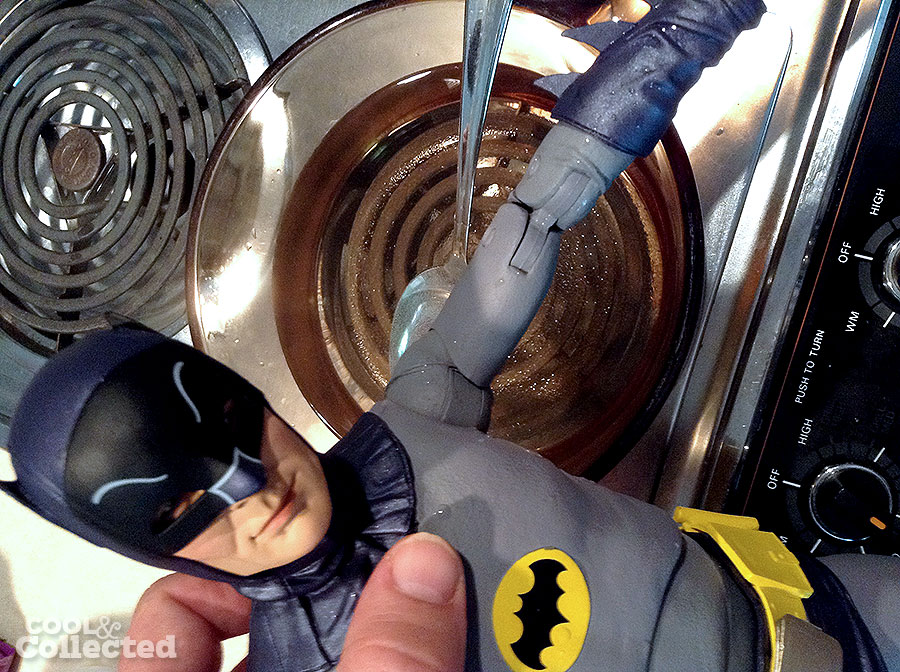 I spooned hot water over each joint until they moved fairly well. One of the biceps still isn’t turning, and it seems like an internal part might just be twisting rather than rotating like the other one, but I just can’t bring myself to force it any further. 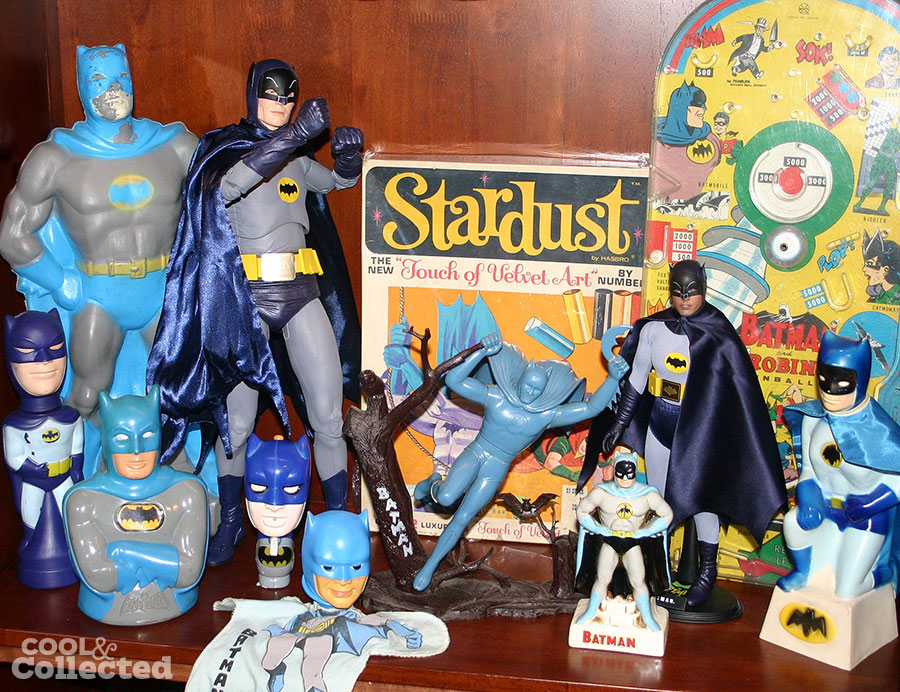 When all is said and done,  I really do love the look of this figure, but it doesn’t stand well on its own so I’m going to have to rig up some support mechanism to keep it from falling over and crushing everything around it. Will I buy another one of these large scale NECA figures? Maybe. The figure really does look great, just don’t try to move it. I’m a glutton for punishment because I still really want to get the 1989 Michael Keaton version

and a Halo Master Chief

.  I’m a huge fan of NECA and think that their 7″ figures are the best thing on store shelves today. Those figures have had their share of problems, but it seems that when they scaled the figures up, the problems scaled up too.

But come on, how can you not like the looks of this guy?