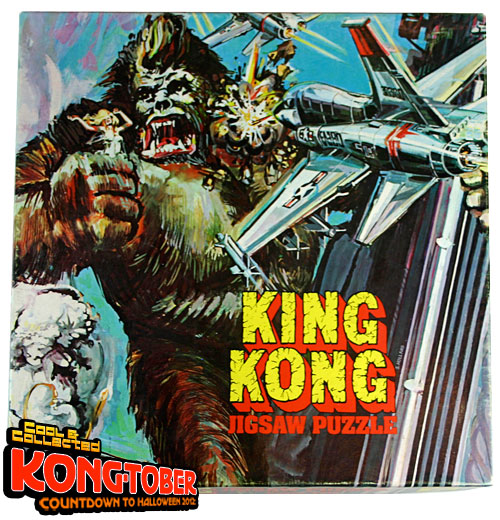 Straight from Skull Island is this awesome puzzle featuring King Kong scaling the Empire State Building while being pummeled by the Air Force. A scantily-clad Dwan flails in terror in Kong’s right fist, while bombs burst in midair. 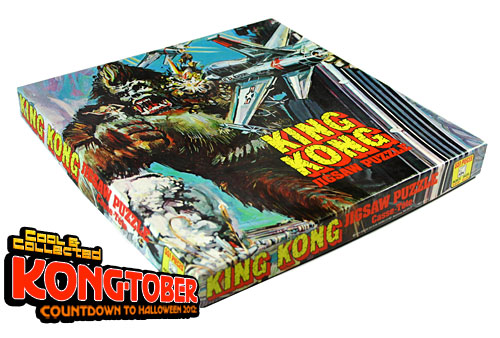 This King Kong puzzle was produced by the American Publishing Corporation (APC) in 1976. The box measures an impressive 14″ x 14″ and looks great on the shelf. There is an artist’s signature of “S. Holland” on the painting, but the image is certainly reminiscent of John Berkey’s poster art. It is interesting to note that Kong appears to be climbing the Empire State building in this image and not the World Trade Center, as he did in the 1976 movie. 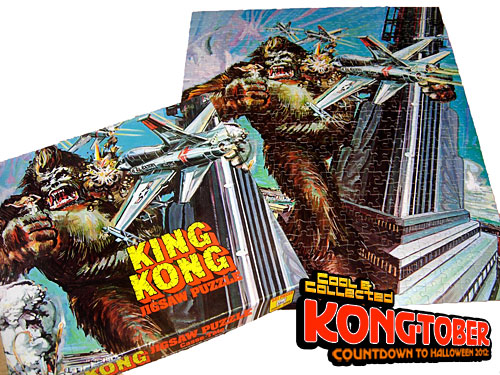 The puzzle is 551 pieces and is 18″ x 24′ when built, and is one of those sneaky puzzles that only shows part of the image on the box top, leaving you to wonder where the heck those extra pieces are supposed to go!